We Aren't the Only Ones to Give Up Living in Caves: Barn Swallows in Southwest Washington 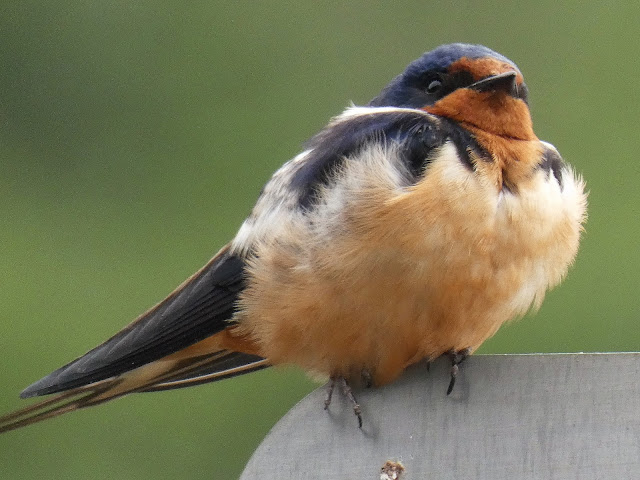 Barn Swallows (Hirundo rustica) are one of the most widespread species on the planet, with a range that includes North America and Eurasia in the summer season, and Africa and South America in the winter season. Only Antarctica (for obvious reasons) and Australia lack large permanent populations. I see them often at home, but on our recent trip to the Pacific Northwest we saw them at many of our stops, but at Willapa National Wildlife Refuge in Washington State one cooperated with photography efforsts by landing on a parking lot sign. 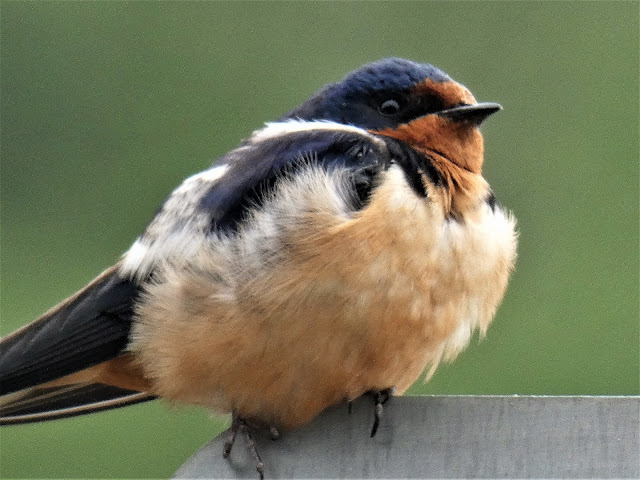 There were also a number of them resting on the entrance station at Cape Disappointment State Park in the southwest corner of the state. 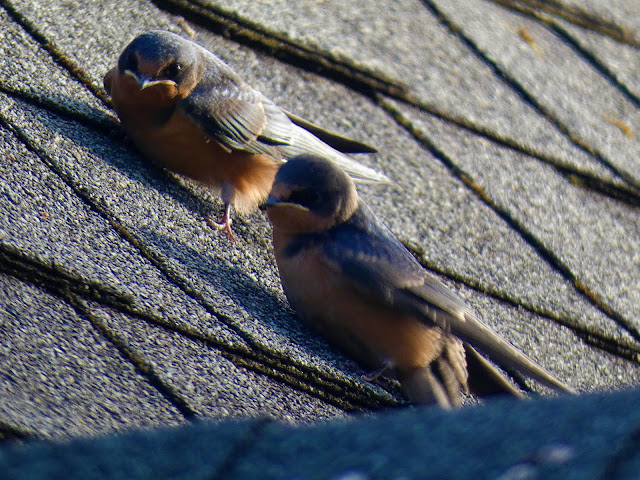 Barn Swallows are one of those species that have altered their behavior in response to human activity. Their natural tendency is to nest in caves, but with the expansion of barns and other human habitations throughout their native environment, they now almost exclusively build their nests in human structures.

It will be a sad enough day when they disappear from our region in the fall, but it's nice to know that they will be back next year. 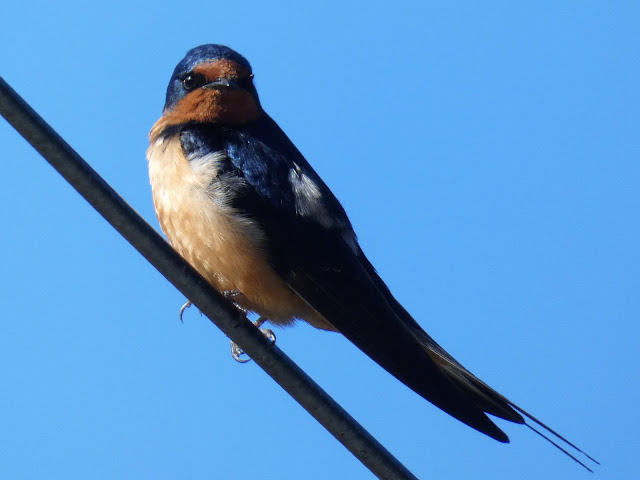