Hairy Woodpecker in the Hoh Rainforest of Olympic National Park 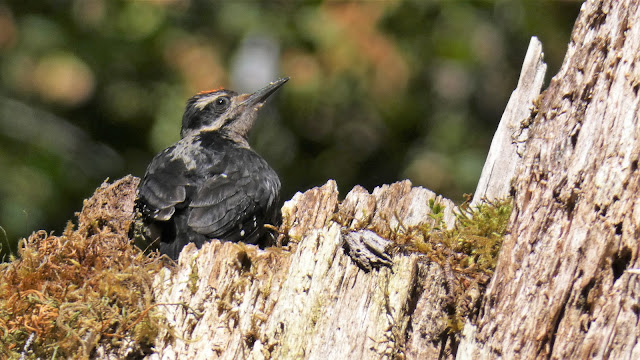 There's this problem with rainforests and birding. Quite a few bird species can be found there, but the green stuff gets in the way. On a given morning walk in my home territory on the Tuolumne River I'll see twenty or more species, because there are large open areas and shrubs and spindly trees for perching. But in the rainforest, in this case the Hoh Rainforest of Olympic National Park, I saw a mere five species. I heard a great many more, but they weren't making themselves visible and I'm not good at bird calls yet. Three of the five were familiar species, a robin, a crow, and a junco, but the other two are rare or nonexistent on my home turf of the Central Valley, a Canada Jay, and a Hairy Woodpecker (Picoides villosus). 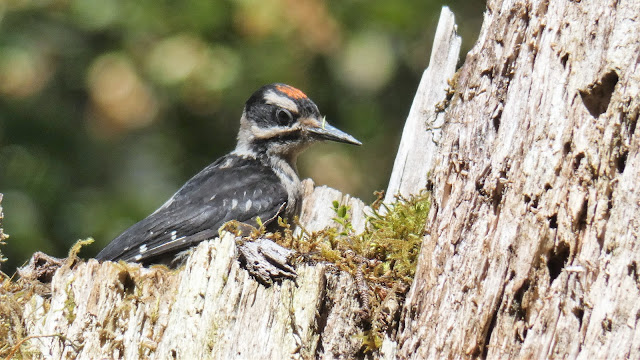 Hairy Woodpeckers are found across North America, and I would have a fair chance of spying one in the Sierra Nevada or Coast Ranges back home, but this one on a barren snag in the midst of all the green stuff happens to be the first I've ever seen. Most of the Hairy Woodpeckers are sharply defined black and white colors, but eBird points out that there are regional variations in the species, and that those found in the Pacific Northwest look "coffee-stained". I guess that's appropriate enough... 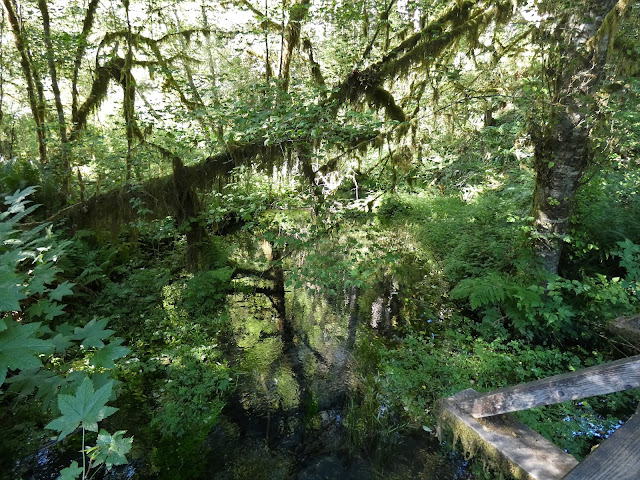