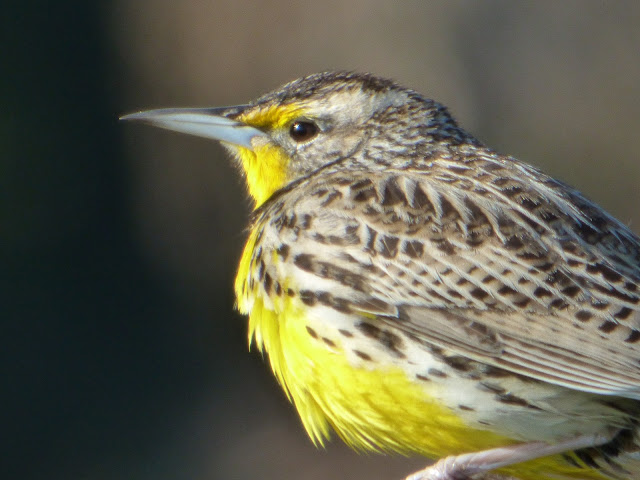 I have a delightful backlog of bird pictures. With my time and attention on a great many other things of late, it's fun to finally work back through the last couple of weeks and see what I've missed in the picture files. In the middle of January I dropped someone off at Sacramento Airport, and on the trip back home I stopped by the Stone Lakes National Wildlife Refuge only to find it flooded and closed. All was not lost however. As I sat at the closed entrance gate, a Western Meadowlark (Sturnella neglecta) alit on the post. I slowly lowered the window and listened to its delightful song (and shot a short video as well). Be sure to turn up the volume a little bit! 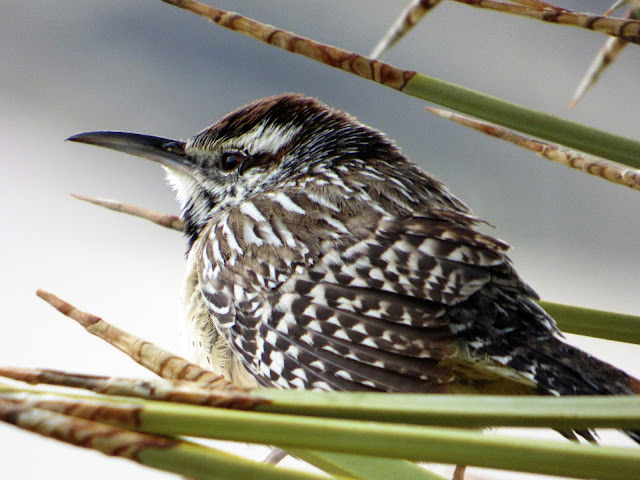 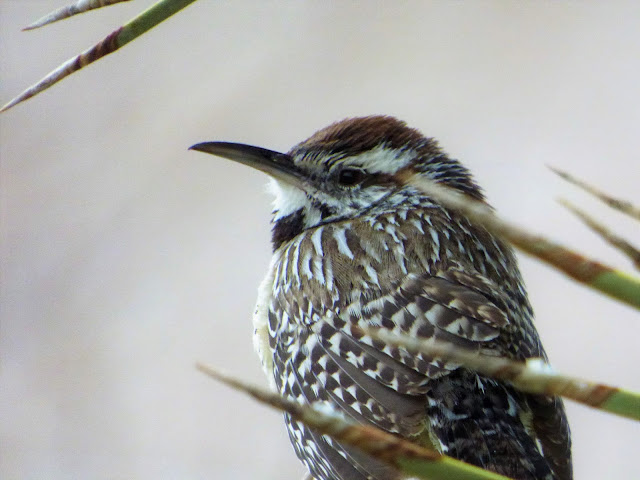 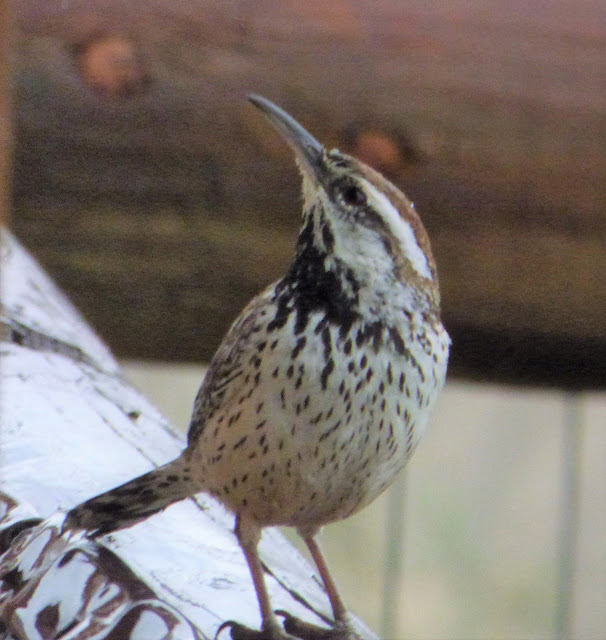 Western Bluebirds in a Changed "Mini-wilderness" on Campus 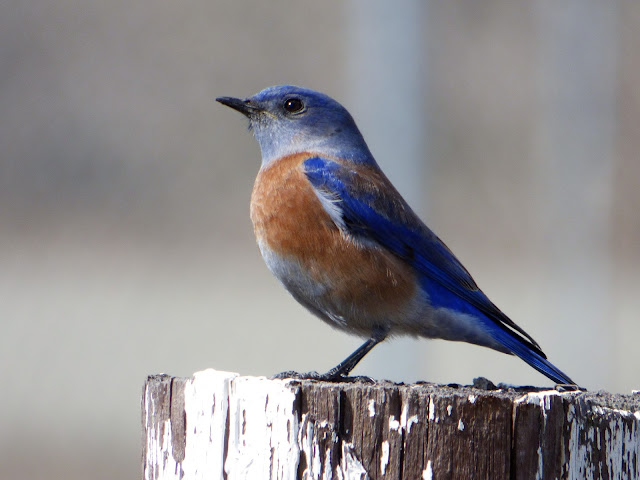 The storms of 2017 are changing many things. It's been a week since I wandered over to our campus "mini-wilderness", a drainage pond that has a grazing area for sheep from our agricultural unit as well as a collection of old and maturing trees (some are 70 years old). It's been a good spot for seeing a variety of birds. Today I was shocked to see that not one, but two huge Eucalyptus trees had fallen during the weekend. It appears that the first one to fall took out the second.

As I continued walking around the pond, a Western Bluebird (Sialia Mexicana) alit on the fence post only a few yards away from me. These beautiful birds tend to be a little more cautious in my presence, but maybe the coming spring is releasing some of their inhibitions. It stayed in place while I got some of the sharpest pictures I've ever managed to capture of these colorful creatures. 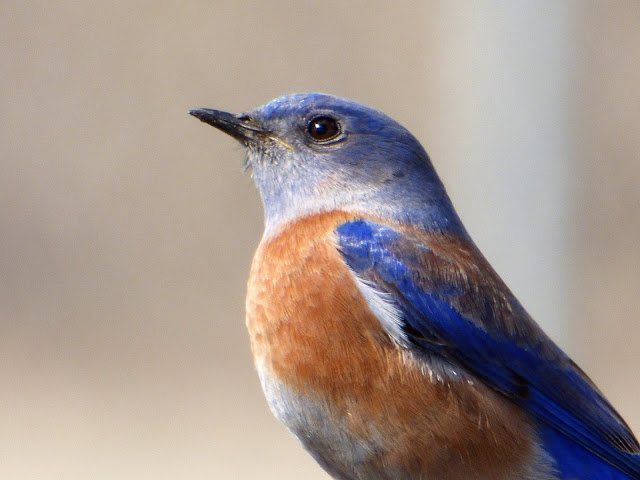 Posted by Garry Hayes at 1:22 PM No comments: 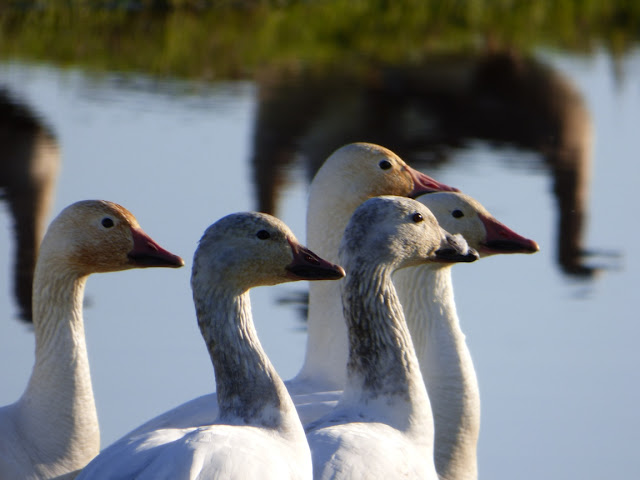 It's been quite some time since I've been out to the San Joaquin National Wildlife Refuge, so when I got a few extra hours in my day, I hurried out to have a look. Few birds were actually at the viewing platform, but there were a few Sandhill Cranes at the end of the road a mile farther west. The best sight was about a mile to the east. There were several hundred Snow Geese (Chen caerulescens), and White-fronted Geese, and they were grazing in close proximity to the road. The birds are getting ready to begin their journey north to the Aleutian Islands for summer breeding. In the meantime, they were building up their fat stores of the northern journey. It's a privilege to have them so close to town! 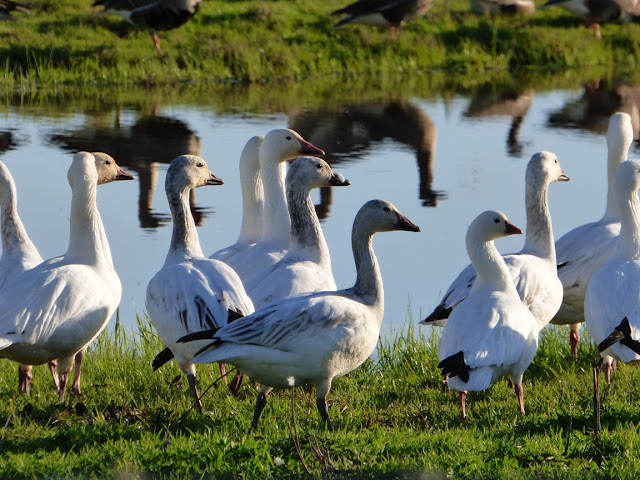 Posted by Garry Hayes at 5:51 PM No comments: 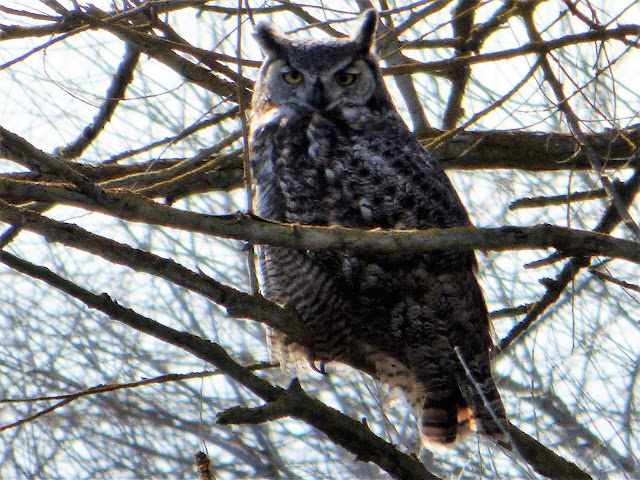 It's been a long time since we've been able to make a birding trip (which I complained about yesterday) but today we had a chance to sneak away for a couple of hours. We ended up on the Tule Elk Auto-tour at the San Luis National Wildlife Refuge south of Turlock in the Great Valley. The road follows the edge of the Tule Elk enclosure and parallels Salt Slough, a tributary to the San Joaquin River, and offers views of grasslands and riparian habitats. We saw a fair number of interesting birds, but my favorite shot of the day was a Great Horned Owl (Bubo virginianus) that was watching us while we explored one of the fishing holes on Salt Slough.

The refuge was, for the first time in five years, looking...wet. It's been a tough period for birds and other animals that make the refuge home, but the heavy rains this season have caused the luxuriant growth of grasses on the prairie.

It's always a pleasure to spot an owl. Can you see it in the picture below? 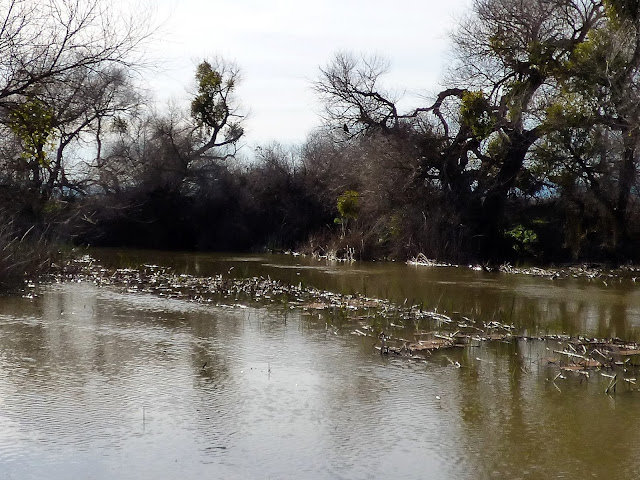 Posted by Garry Hayes at 9:29 PM No comments: 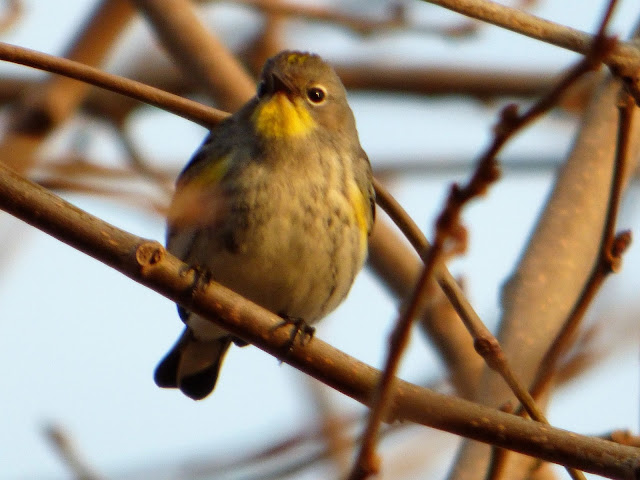 There have been precious few chances for birdwatching of late, just stolen moments during lunch breaks, or a rare jaunt down to the Tuolumne River. I've been inundated by a combination of work and home projects. So it was that I was digging away in the backyard and stopped for a breather. Because I didn't have my camera, a Ruby-crowned Kinglet practically landed on my head. I went for the camera and the Kinglet was gone, but there were dozens of Yellow-rumped Warblers (Setophaga coronata) hopping about in the Mulberry trees. I got a couple of shots in the dying afternoon light. 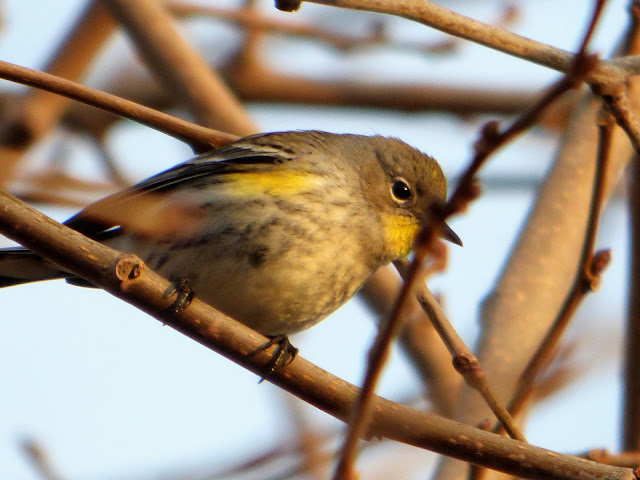 I always thought "Yellow-rumped" was kind of an insulting name for a bird, and I later found that others thought the same thing. They had better reasons for not liking the name, because it had four distinct subspecies that were clearly different from each other. For years, arguments have raged over whether they were subspecies or distinct and different species altogether. The pendulum is swinging back towards separate species, based on DNA and genetics research. I'm fine with that, since the little rumps would become Audubon's Warblers, a name with much more charisma and gravitas. Although, I have to admit that my first post on the Yellow-rumps had the greatest number of hits of any post on this blog. Since most of my hits come from Google searches, I don't want to speculate why. 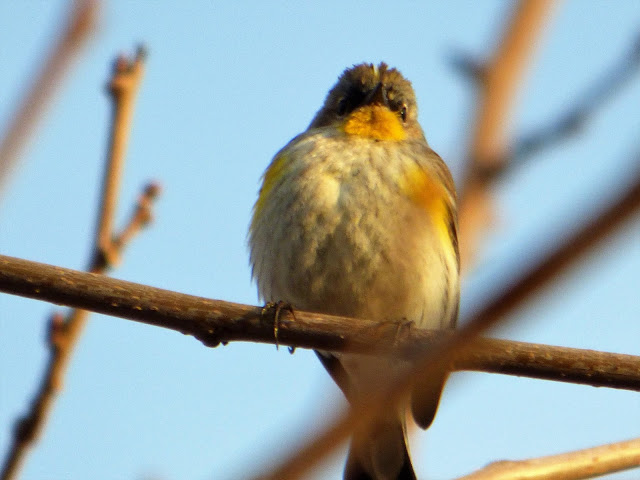 Posted by Garry Hayes at 9:08 PM No comments: 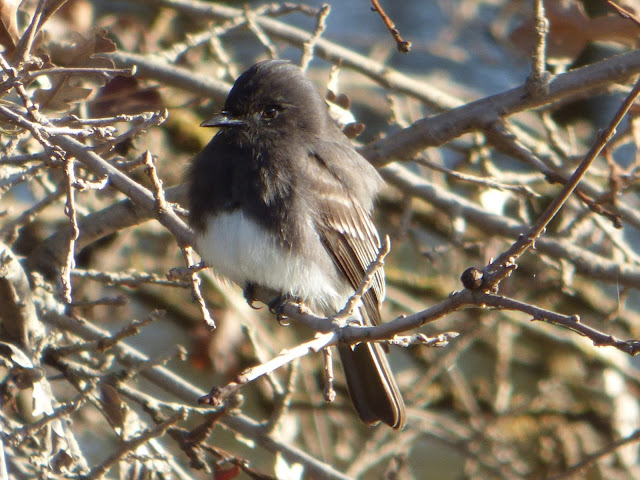 I was picking someone up at Sacramento Airport the other day, and had enough time to make a brief stop at the Cosumnes River Preserve between Stockton and Sacramento. If I had been intending to hike the usual nature trail around the wetland, it just wasn't going to happen...the Cosumnes River was flowing at around 6,000 cubic feet per second, and the entire trail was deep underwater. But as I was looking at the inundated trailhead, I spied a Black Phoebe (Sayornis nigricans) in the shrubs nearby, and it allowed me a few pictures. They are pretty little tyrant flycatchers that are fun to watch as they do their aerial acrobatics chasing insects.
Posted by Garry Hayes at 11:06 PM No comments: