The Tale of Really Lost Bird: A Tropical Kingbird (probably) on the Tuolumne River Parkway Trail 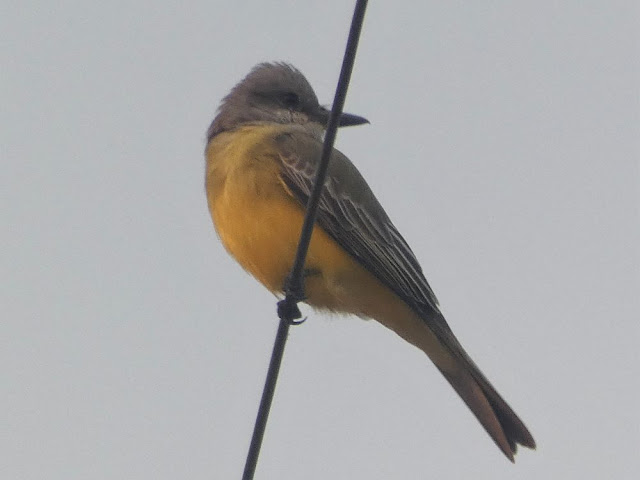 There was this bird this morning. It was way out of place, but for more reasons than I realized at the time. I'm really familiar with our summertime visitors from Central America, the Western Kingbirds (Tyrannus verticalis). They love our local prairies and I see them all the time by the dozens when I drive around. But they are a migrant and they spend winters down in Mexico and Central America. So imagine my surprise when on the 3rd of October I see a familiar yellow and gray bird on the powerline munching on a dragonfly. I knew it was the wrong time of year, so I pulled out the camera to get some documenting shots for my eBird post. 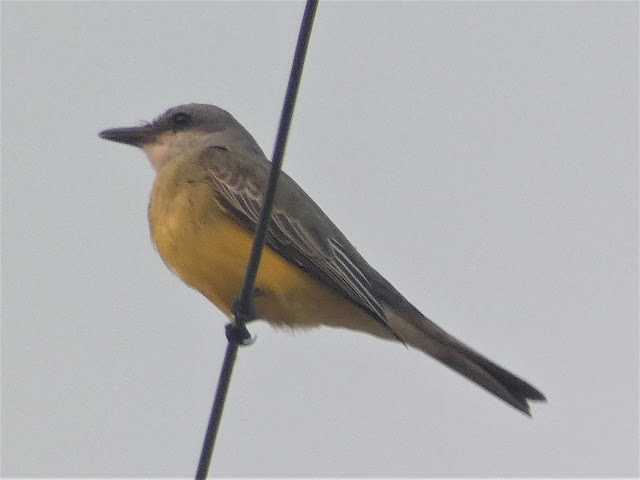 But as I was snapping the  photos, I  realized something was missing. Western Kingbirds usually have a white strip on the flanks of their tail feathers, and this bird didn't have those. So in my intimate knowledge of the local bird possibilities (rolling of eyes allowed here), I thought of a Cassin's Kingbird (Tyrannus vociferans). This would be kind of exciting because although they've been found in other parts of the county (even the MJC campus), they've never been sighted on the Tuolumne River Parkway Trail. So I took more pictures looking for the white-tipped tail feathers that identify the Cassin's.

They weren't there. So that was kind of quandary, but I have learned that late in the season the birds feathers can become worn with use and the white coloration might not be visible. I reported the sighting on eBird as an out-of-season Western Kingbird and sent the pictures to a few birders for advice, and moved on to other things. It bothered me though that I couldn't nail down the identification. 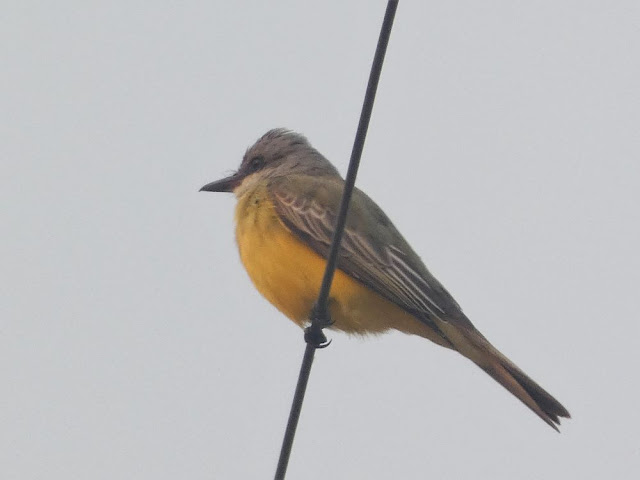 A few hours later I get an email telling me that I had photographed what is most likely a Tropical Kingbird (Tyrannus melancholicus). This is even more exciting because not only has it never been seen on the Tuolumne River, it's never been seen in the entire county! This is a bird that is native to South and Central America, Mexico, the southernmost tip of Texas, and the southeastern corner of Arizona. Vagrants wander into California every year, but they stay almost entirely along the coastal zone.

I've been wondering where this bird came from, and it occurs to me that this could be one of the sad effects of the California wildfires. I can imagine birds being driven from their habitats by these terrible and extensive fires, looking for food and water. That's my hypothesis, in any case.

The only reason it isn't absolutely, positively a Tropical Kingbird is because there is a practically identical bird called the Couch's Kingbird, which has been seen in the state of California only about three times. The only real way to tell them apart is by hearing their song, which is very high-pitched, meaning I couldn't have heard it even if it was singing. Understandably there will be a group of birders on the trail tomorrow hoping for a sight (and a listen). I hope it's still there! 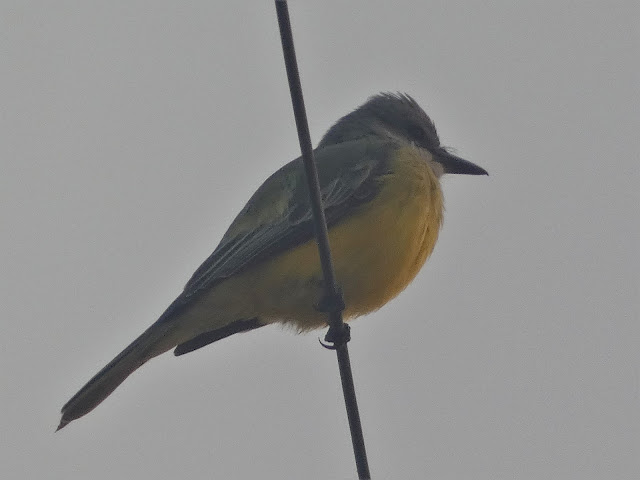