A Merlin on the Tuolumne River, for the Second Time This Year 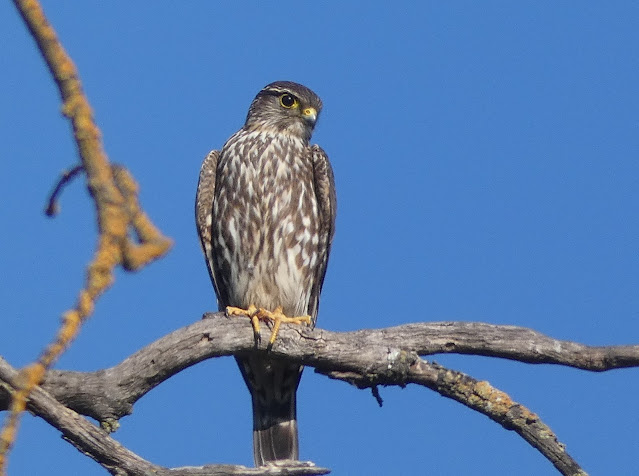 I didn't post about this back in January for plenty of reasons, too busy with school starting, and lousy pictures, but Merlins (Falco columbarious) have been visiting the Tuolumne River Parkway Trail this year. I saw one on January 6 which was gloomy and dark and not conducive for picture-taking, but the only other time was way back in 2018. But today was perfect weather, and the Merlin was cooperating by perching out in the open where I could get a few decent pictures. 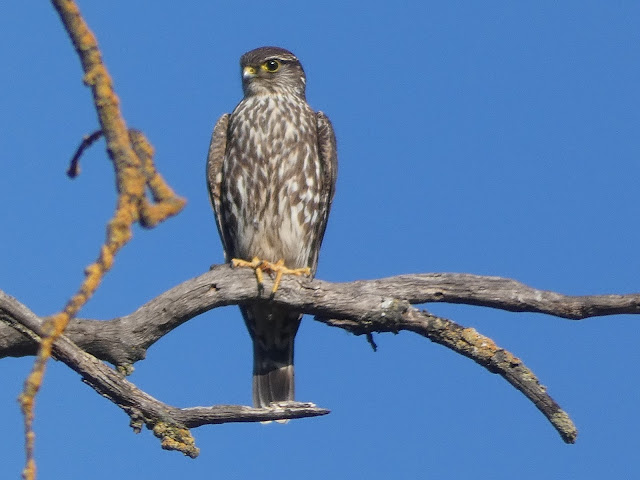 Merlins are the 'Lady Hawks' of Medieval times, but they are actually falcons, and like other falcon species, they have been used by falconers for years for hunting and hobby purposes. They underwent a severe decline because of the use of DDT in the fifties and sixties, but they have recovered nicely since the pesticide was outlawed.

It was a pleasant surprise to see one today.

Posted by Garry Hayes at 5:37 PM No comments:

New Bird on the Tuolumne River Trail! A Peregrine Falcon 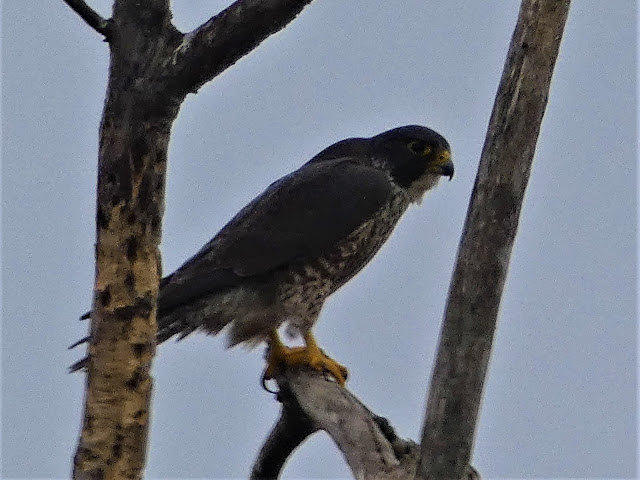 It's always such a great moment when one sees a bird for the first time, or sees one the "home turf" for the first time. I had one of those marvelous moments today during my customary walk on the Tuolumne River Parkway Trail. There is a long-dead Cottonwood snag on the western part of the trail that is kind of a roadhouse inn for many kinds of birds. The high branches provide a wide-ranging view of the surrounding terrain so on a given day I might see American Kestrels, Ospreys, Red-tailed Hawks, Turkey Vultures, and on less common occasions, Red-shouldered Hawks and Merlins. The tree is also the nighttime roost for several dozen European Starlings, and home for a family of at least five Acorn Woodpeckers. 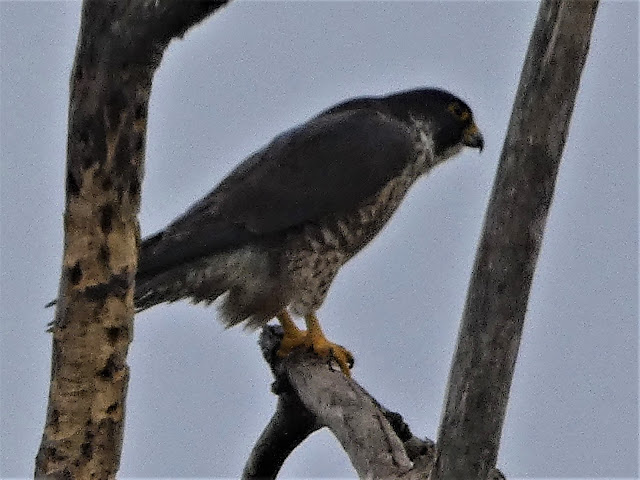 I was a bit pressed for time, and conditions were overcast and gloomy, so I wasn't expecting to see all that much, but as I approached the snag, I saw a bird larger than a starling but smaller than a hawk. I always assume it will be a Kestrel, but something seemed "off" about it. It was darker than expected, and I couldn't see the black face bars that distinguish Kestrels. I got the cameral out and took a few pictures, then tried to move closer, but alerted by a loud family on the trail, the bird bolted up the river. I thought it might be Merlin since I saw one there just a few weeks ago, but as I studied the photos on the camera I realized it wasn't that species either. I zoomed in and realized I had a Peregrine Falcon (Falco peregrinus). It is the first one ever reported on the trail, making a total of 150 species now known from the "Parkway" (it's not totally uncommon in the county, but the Tuolumne Parkway has only been watched carefully for the last five years or so) 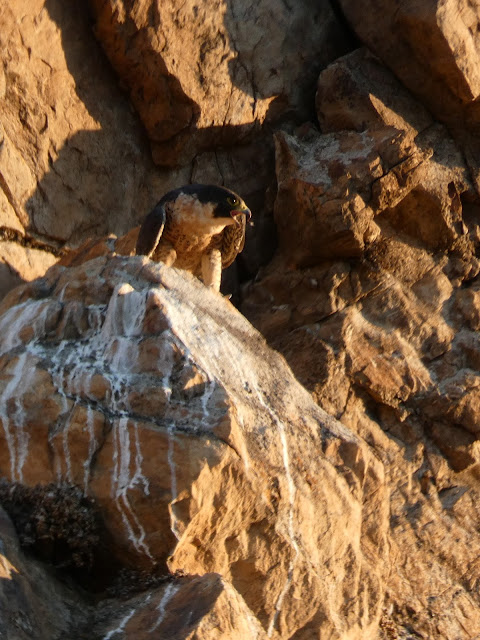 Seeing the falcon reminded me of my other sighting last year. A friend of mine who works for the local irrigation district had alerted me to the fact that Peregrines had a nest in the cliffs above a small dam on the Tuolumne River at the east end of the county. I was given permission to enter the property to have a look and I wasn't disappointed. The falcons were busy discussing something or another, and were flying from perch to perch on the high rock cliffs. 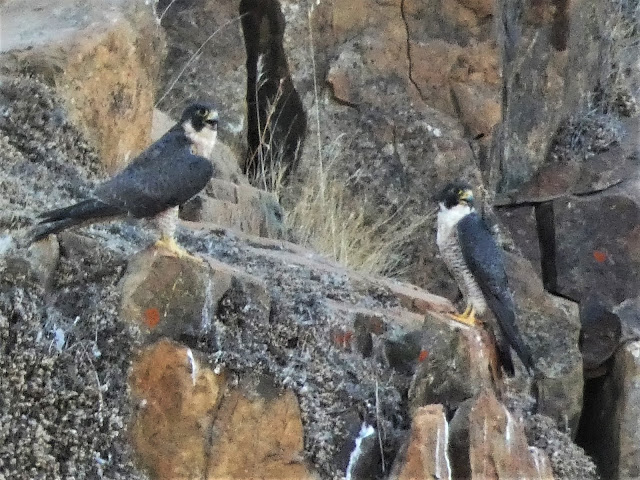 I've only seen the Peregrine Falcons in a few other places, in Oregon and at the Sacramento National Wildlife Refuge. It was great to finally see one in my own "backyard".