California Quail on the Tuolumne River 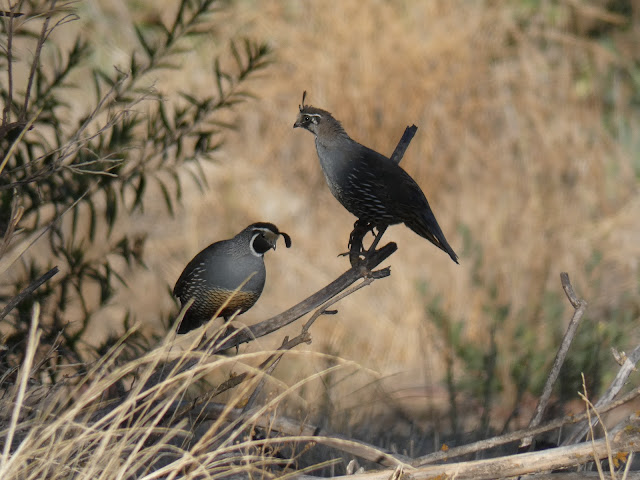 The California Quail (Callipepla californica) is not an uncommon bird (especially in California, where it is our state bird). But I don't see it all that often on the Tuolumne River Parkway trail in Waterford. The trail has become rather popular, which is a good thing, but it does mean that these mostly ground-dwelling birds don't really like to hang out on the trail so much. I looked it up, and I haven't seen any since last January. But there are a couple of offshoot trails leading to fishing spots and the like, and I'll occasionally step off the beaten track, and will sometimes see some interesting species.

Today, it was an entire covey of eleven or twelve quail. I only got a pair of them in a picture before they scattered into the brush. 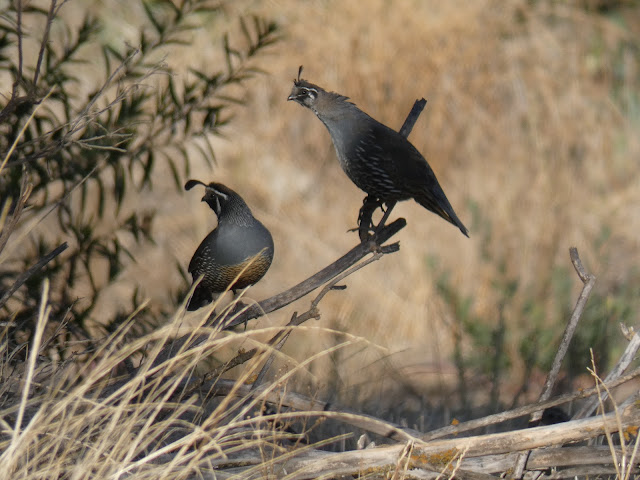 Posted by Garry Hayes at 9:13 PM No comments:

Ospreys on the Tuolumne River 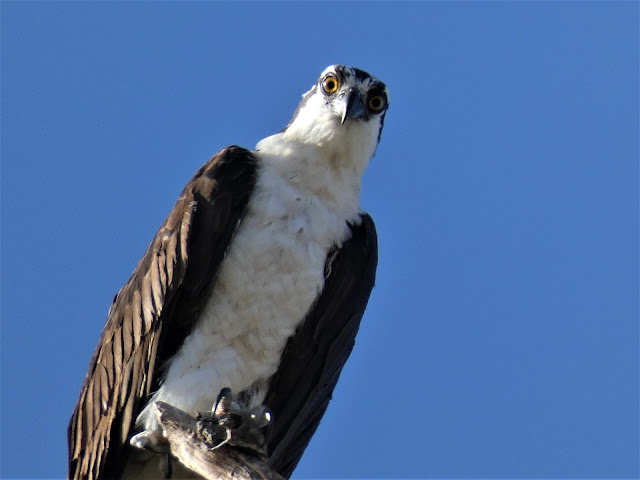 There's kind of a feeling of expectation along the Tuolumne River these last few mornings. The birds have been fewer in number, as the tropical species have started to disappear, and it's still early for many of the Arctic migrants to be appearing (but they're coming). On the other hand, some birds are here year-round, and one of the spectacular ones is the Osprey (Pandion haliaetus). Several of them have been hanging out along the Tuolumne Parkway Trail for the last week or two. 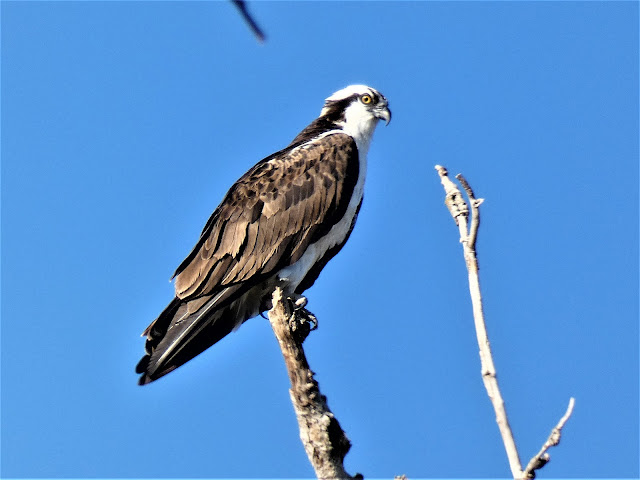 One can understand why they're around...the river is running clear, and it's full of fish, the favorite prey of the Osprey. I haven't had the chance to see one diving into the river yet, but the other evening we were on the bluffs waiting for the Harvest Moon to rise over the bluffs and saw one eating a meal. 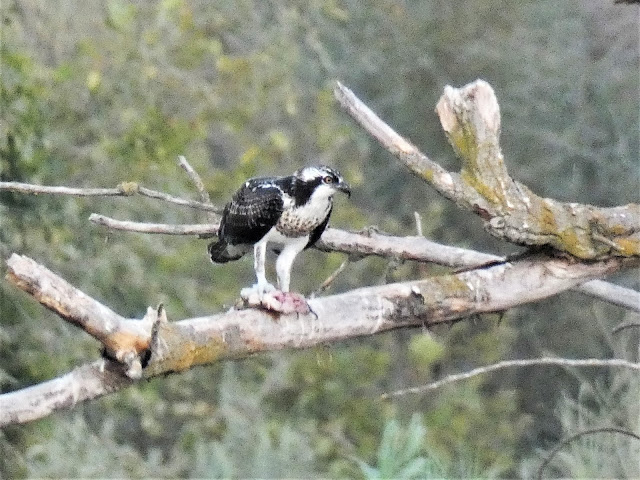 Since it didn't fly off, I got a few moments of video as well...

Posted by Garry Hayes at 9:20 PM No comments: