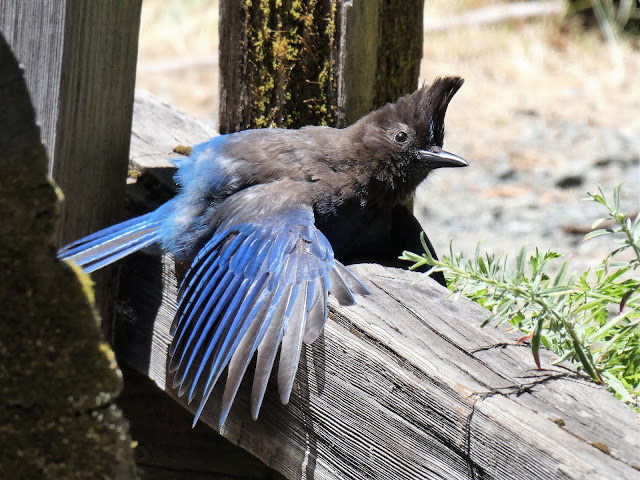 I saw some new bird behavior a few weeks ago on our Pacific Northwest trip. We were seeking cooler and cleaner air, and found it at Humboldt Redwoods State Park. We made a brief stop at the park visitor center and had a look around, keeping an eye out as always for interesting birds. 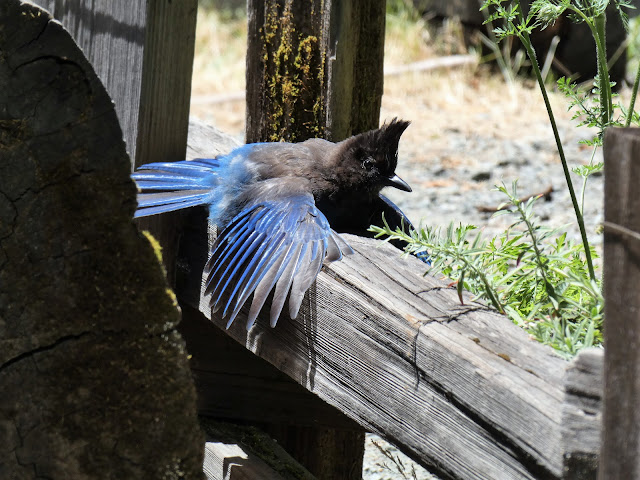 Steller's Jays (Cyanocitta stelleri) aren't rare, but the one we saw at did something a bit odd. It spread out its wings and flattened itself onto the fence. I didn't understand what was going on at the time, but I later found that it was probably "anting". The bird may be spreading ants on its wings as a way of making a chemically hostile environment for mites and other parasites. 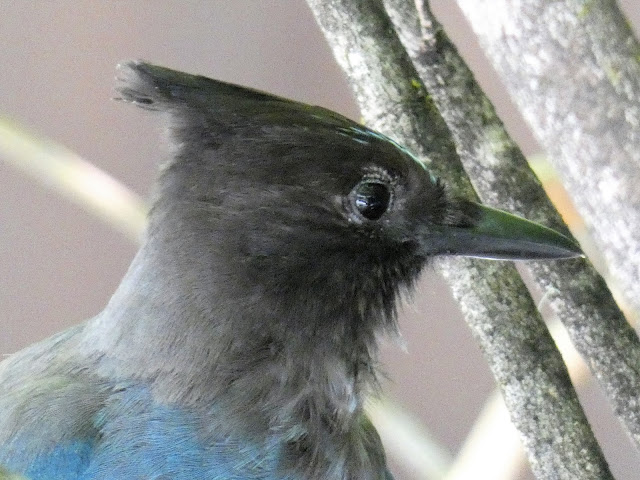 Steller's Jays are a familiar sight in western conifer forests, with a range that extends from Central America to Alaska. They are almost never found at my home in the Central Valley, but it is a rare trip to the local mountains that doesn't have a sighting or two or a dozen. They are the most common nuisance bird at campgrounds and picnic areas with the possible exception of Common Ravens. 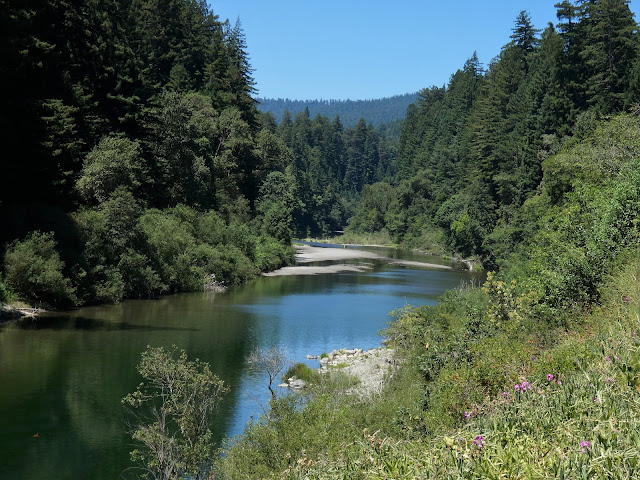 Humboldt Redwoods State Park preserves some beautiful old-growth Redwood forests along the so-called Avenue of the Giants (an old section of Highway 101 repurposed into a tourist route). It's a wonderful cool destination when the temperature soars in other parts of the western states.
Posted by Garry Hayes at 8:08 PM