My First Sighting! Lazuli Bunting on the Tuolumne Parkway Trail 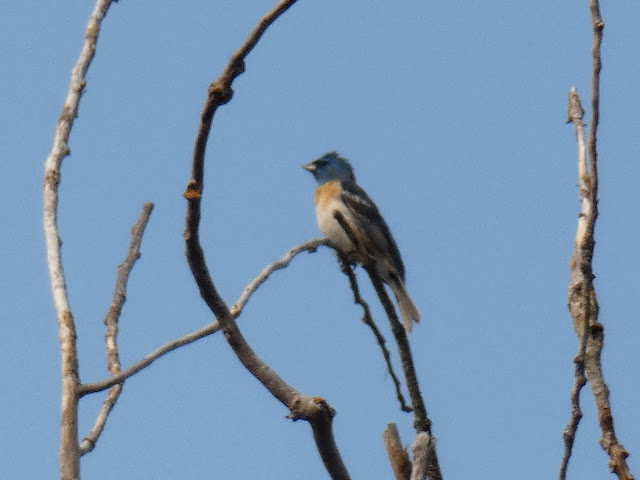 The 2nd edition of Sibley Birds West is my go-to book for bird identification. The bird on the cover always captures my attention: it's a Lazuli Bunting (Passerina amoena). It's such a beautifully colored bird, and I have wanted very much to find one in the wild. They have been seen locally, but are not common. The most recent sightings have been at the Ceres River Bluff Park a few miles downstream and I've been walking there more often in hopes of seeing one (that's where I saw a Blue Grosbeak a few weeks ago as well). 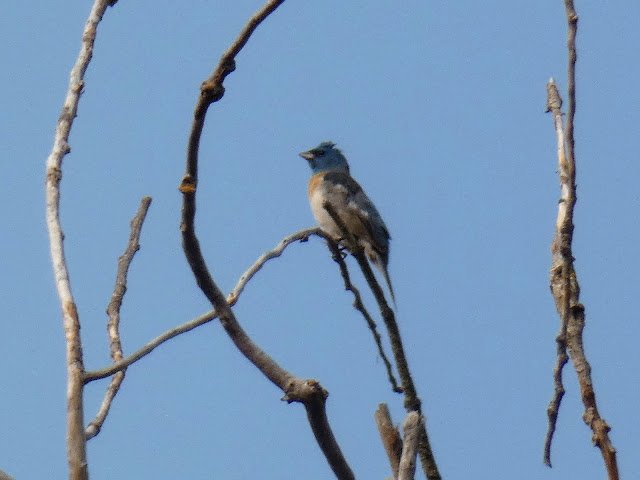 There's a dead cottonwood tree at the western end of the Tuolumne Parkway Trail that has been kind of a Grand Central Station for the local bird species. On a given day there will be four or more species perched at different levels. Most often I see European Starlings, Western Kingbirds (in season), Acorn Woodpeckers, American Kestrels, Tree Swallows, California Scrub Jays, and Northern Flickers. Sometimes some large raptors will be perched up there. I generally expect any dark colored birds to be the Starlings, but the one I saw this morning seemed a bit different. I zoomed in and saw a blue head, and realized I had at long last spotted a Lazuli Bunting! I'm sorry I can't offer better pictures, as I was hundreds of feet away, but sometimes that's what you get.

Eventually the male Bunting flew off. Another bird perched near the same spot, and at the distance I thought the male had returned. I snapped a few more pictures and found it was not the male after all. I suspect this is a female, but I would appreciate some expert opinions from those who are more familiar with these birds than I am. 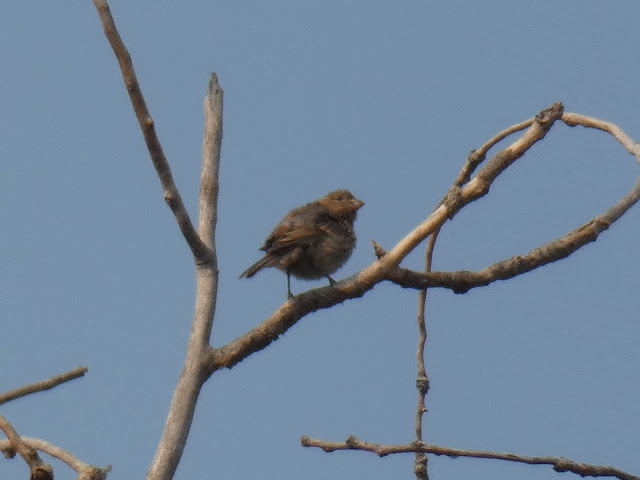