The Fall Migrants are Arriving: Western Wood-Pewee on the Tuolumne River 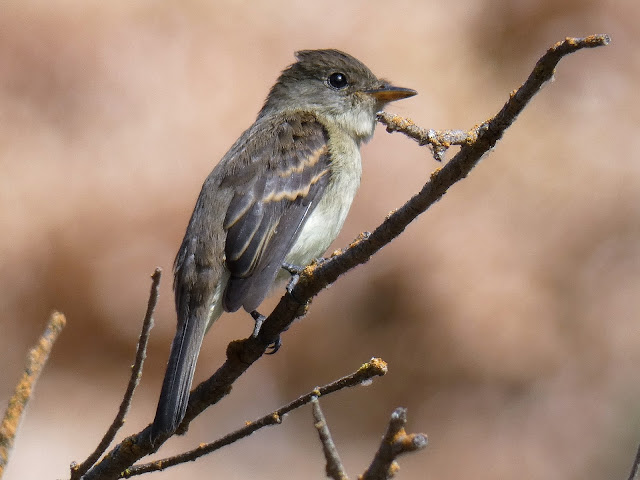 It's still August, but there's the hint of a slight chill early in the morning, and some of the fall migrations are just getting started. On today's walk on the Tuolumne River, the sighting was of a juvenile Western Wood-Pewee (Contopus sordidulus). It seemed as curious about me as I was of it as it hopped around on bushes only 30 feet or so away.

The young bird has a long road ahead, as it will be migrating to South America. According to eBird, the Eastern and Western species of Wood-Pewee are definitely distinct genetically, but aside from their calls they are pretty much identical in appearance. They don't intermingle much in the areas where their ranges overlap in the north, but no one knows if they do so in their southern winter homes. And they don't sing much in the winter! 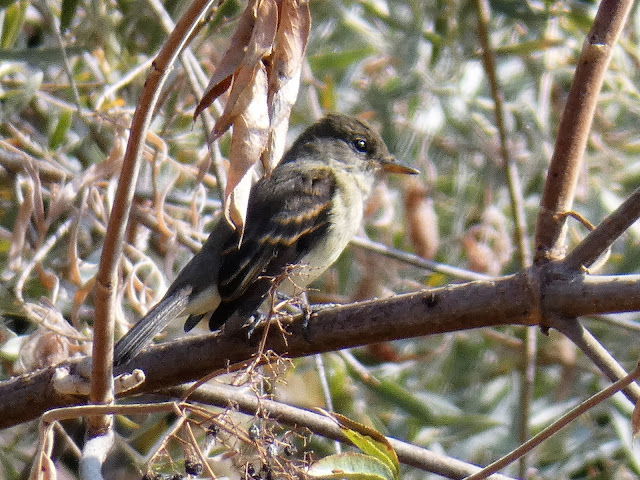