Tricolored Blackbird at Willms Pond in the Prairielands 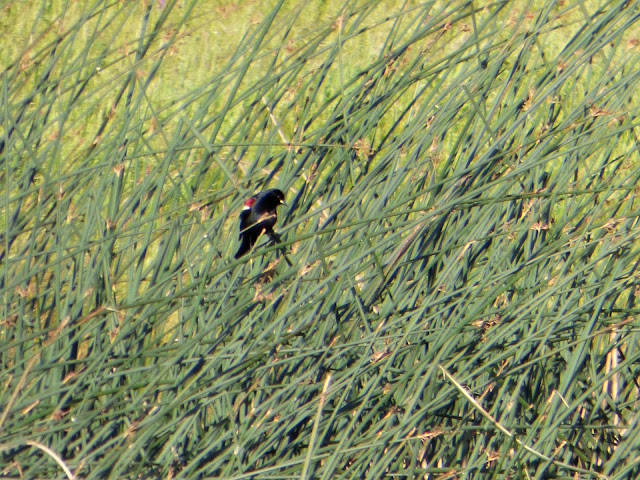 One has to start somewhere. I've noticed that the first chance I ever have to shoot a new species, it is usually under less than ideal conditions, and the pictures are not to my own "stringent" standards (really, I have pretty low standards for pictures). We were out on the prairielands last week, and I had some pretty nice results, between seeing a Burrowing Owl for the first time in years, getting close-ups of a Western Meadowlark, some Horned Larks, and some nesting Tree Swallows. I was on the lookout, however, for a new species.

Tricolored Blackbirds are very similar to the Redwinged Blackbirds, which range across North America, numbering in the tens of millions. The Tricolors are almost a California endemic, found outside the state only in northern Baja, and at some widely scattered nesting sights in eastern Oregon and Washington. Their population is estimated at a few hundred thousand at most and falling, in part because of an unfortunate nesting habit. They prefer to nest in large colonies in open grassy fields, with nests only a few feet apart from each other. In a number of unfortunate cases, those nests were in wheat or alfalfa fields, and the fields were mechanically harvested before the nestlings could escape destruction. The population dropped so precipitously that they were declared an endangered species in California just a few years ago.

Efforts to protect the birds included payments to farmers with large colonies in their pastures to delay the harvest a few weeks. Cooperation has helped to stabilize the population, but they are still in trouble. 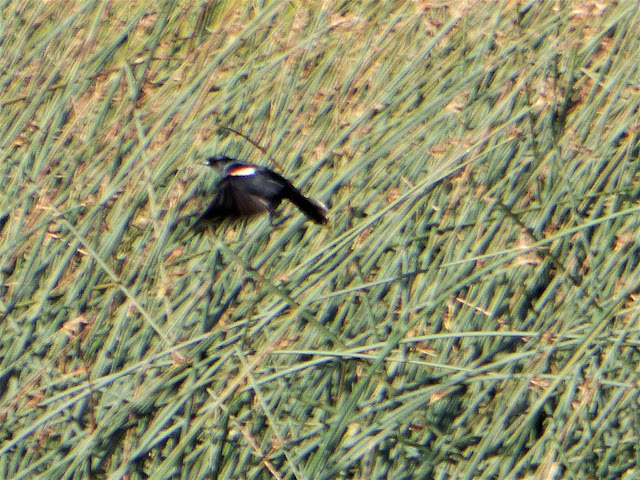 Birders had reported that dozens of Tricolored Blackbirds had take up residence at the small stockpond on Willms Road where Mrs. Geotripper and I like to watch for wildlife, so we stopped and waited to see who was out and about. The blackbirds were making a lot of noise in the reeds across the pond, but they only occasionally popped out. It took the highest zoom and a bit of luck to get the pair of shots of unmistakable Tricolors. The white band under the red is the distinguishing feature. 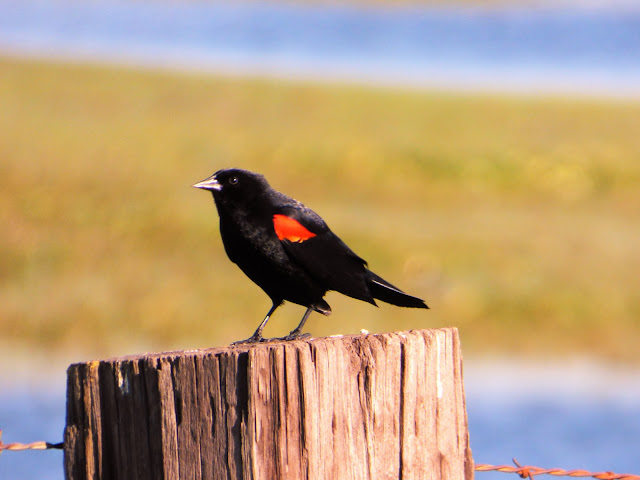 The Redwinged Blackbirds (Agelaius phoeniceus) were out in force as well, and they weren't nearly as bashful as the Tricolors. So, to make up for fuzzy and distant shots of my target species, I've thrown in a couple of close-ups of their close cousins. 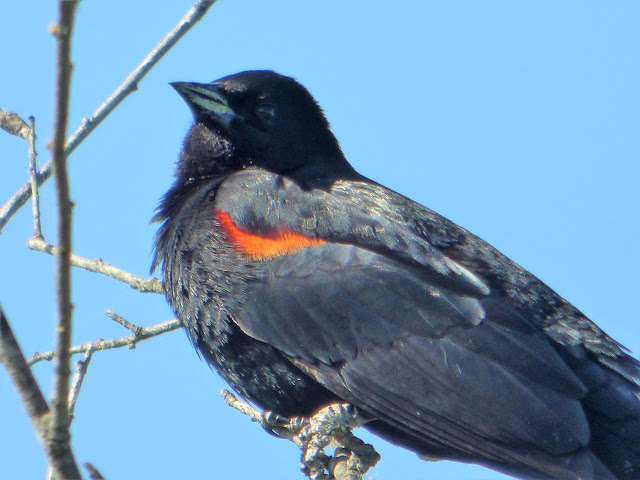 The Willms Road pond is especially pretty this time of year, overflowing with water, and surrounded by grassy hills. The owners are kind enough to provide access for fishing and birdwatching, so if you check it out, please be courteous and pick up any garbage that you come across. 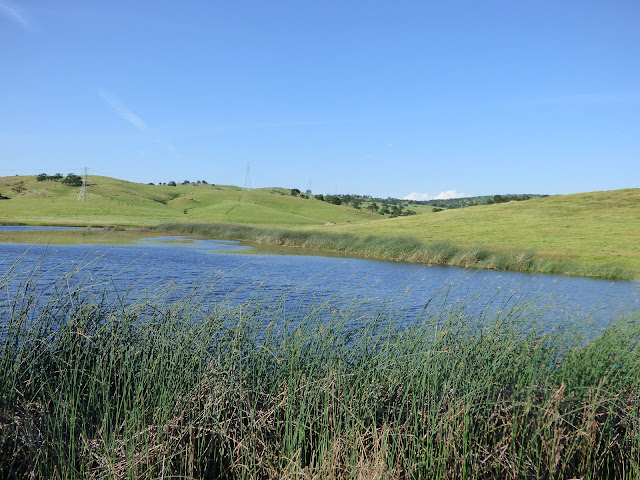