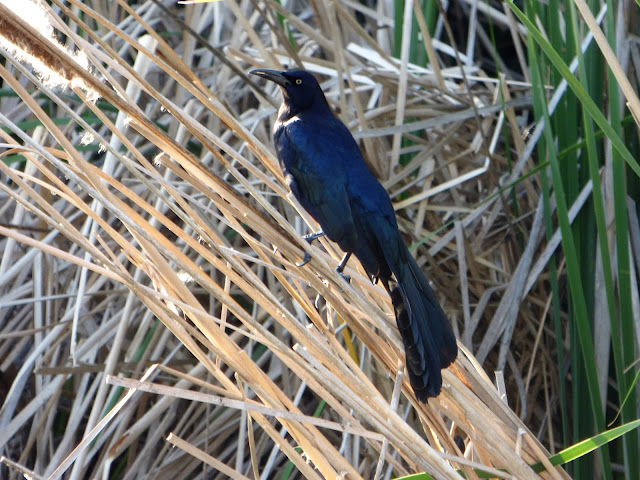 Something changed around here a couple of years ago. I teach an occasional class at CSU Stanislaus in Turlock, and there is a large pond adjacent to the Science Building. I had always noticed the egrets, ducks, and geese who took up residence there, but in the last few years I noticed a new arrival, a black bird with a ridiculously audacious tail and a piercing call. I found out eventually that they were Great-tailed Grackles (Quiscalus mexicanus) and that they were indeed a new species in the area, expanding their range from the south. 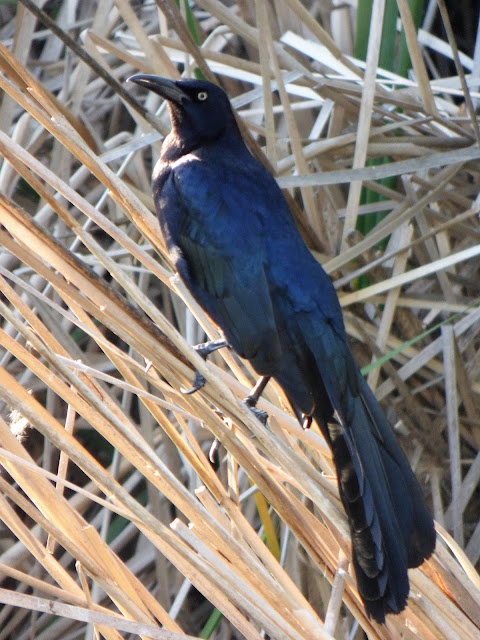 The Grackle barely ranged into southern Texas a century ago, but they do very well around irrigated fields, and thus have expanded north with agricultural development. The "official" range map doesn't even show them as residents in the north half of the Great Valley yet, but sightings have even reached northern Oregon and Washington.

I don't know why, but the grackles remind me more of theropod dinosaurs (the raptors and other meat-eaters) more than most birds. The theropods were indeed their ancestors, as they are for all birds. Something in their vivid eyes, perhaps. 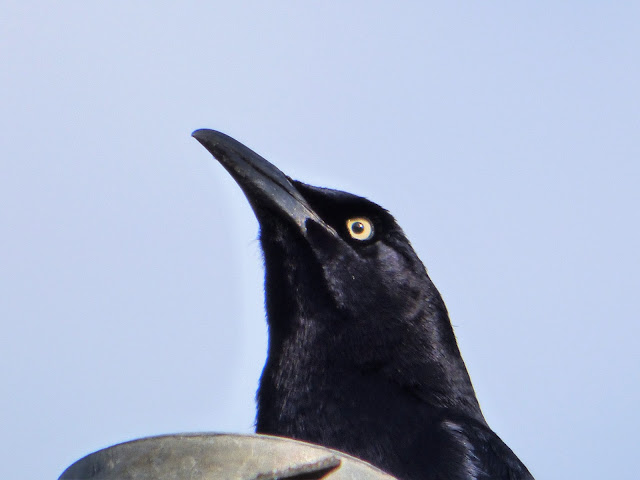 The females barely look to be the same species. They are a dull brown color and are only half the size of the males. I got a shot of one that looked like it was collecting nesting material along the pond shore. The eyes, though. The dinosaurian eyes were the same. Thanks a lot Steven Spielberg! 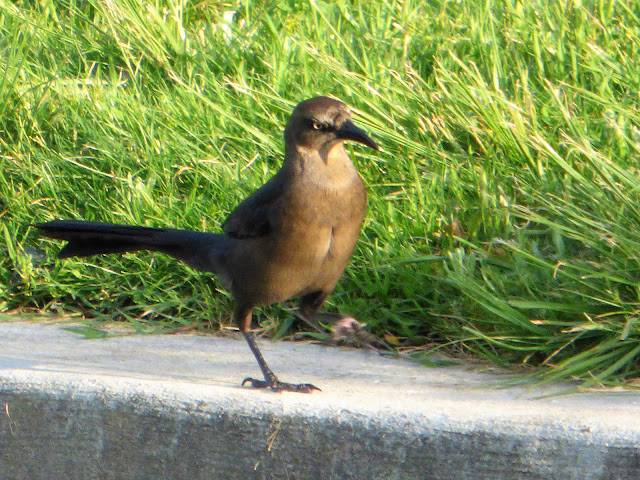