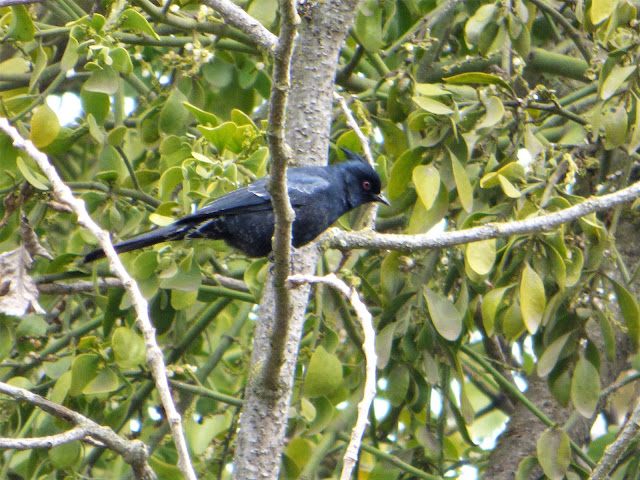 It's been a few weeks since I've been able to get down to the river trail on the Tuolumne. There've been business and field trips, and the last week of the semester, so things have been hectic. The river is still flooded as it has been for four months now. There's a lot of snow upstream. The river floodplain will be a much changed place when it's once again exposed. 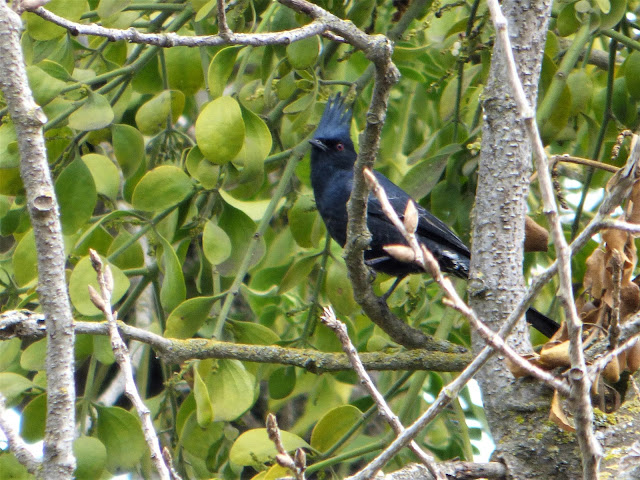 In any case, I saw little of consequence during the first part of the walk upriver, but on the way back I saw yet another black bird fly off through the bushes. But it wasn't a Starling or a Brewer's Blackbird. It was moving wrong. I stopped and searched the branches of the Cottonwood, and there it was: a Phainopepla! Phainopeplas (Phainopepla nitens) are native around here, but it is the far northern edge of their range. They are really a desert species from Mexico and the southwest. They don't normally drink water, for instance, instead relying on moisture in the mistletoe berries that they love eating. I've only seen them here on the Tuolumne twice, but I've also seen them in the Death Valley region a couple of times. 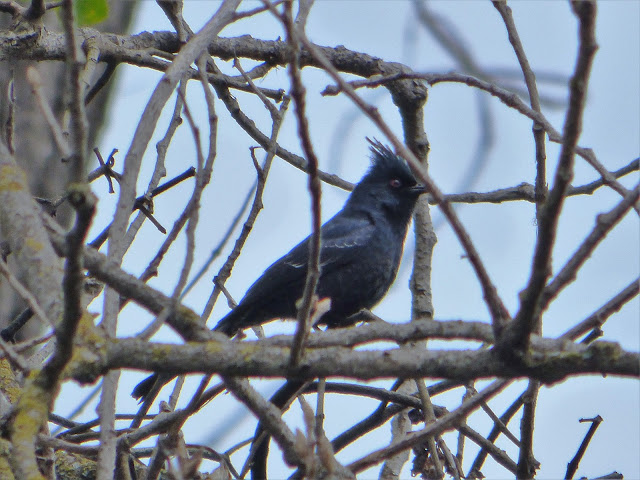 I'm reasonably happy with the shots I got of this male (not perfect yet, but better than previous efforts). The females look much the same but are gray in color. I shot a few seconds of this male jumping along the branches on video. Enjoy!
the
Posted by Garry Hayes at 8:14 PM