A West Coast Special: Anna's Hummingbird on the West Campus 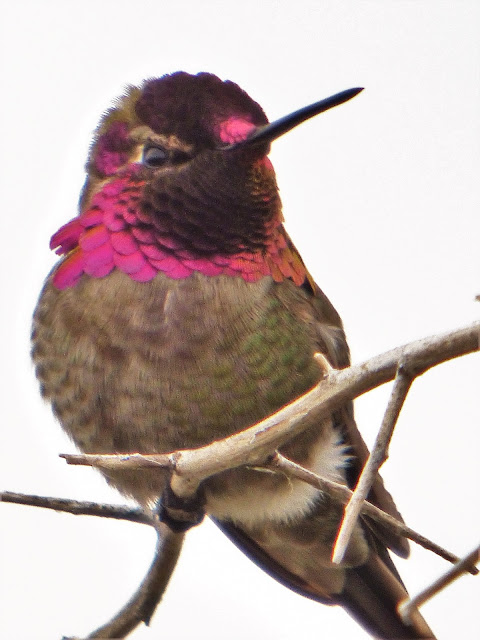 One day, I'll get the perfect picture of the Anna's Hummingbird (Calypte anna). I know it's possible because Mrs. Geotripper got one on her first try (see it here). I got pretty close to one during my lunchtime stroll on the west campus at Modesto Junior College, but the day was gloomy and the bird was framed by the skies. It took a bit of obvious photo manipulation to bring out the color, although I'm happy with the details visible.

Anna's Hummingbirds are one of the rare success stories of the birding world. They were originally confined to Southern California and Baja, but with urbanization of the west coast and the attendant landscaping of delicious nectar-producing flowers, the birds have been able to expand their range far to the north into coastal Washington and British Columbia (inland would no doubt be too cold for them). Hummingbirds in general are only found in the New World. European colonizers thought for a time that they were some kind of strange hybrid of an insect and a bird ("flybirds"). 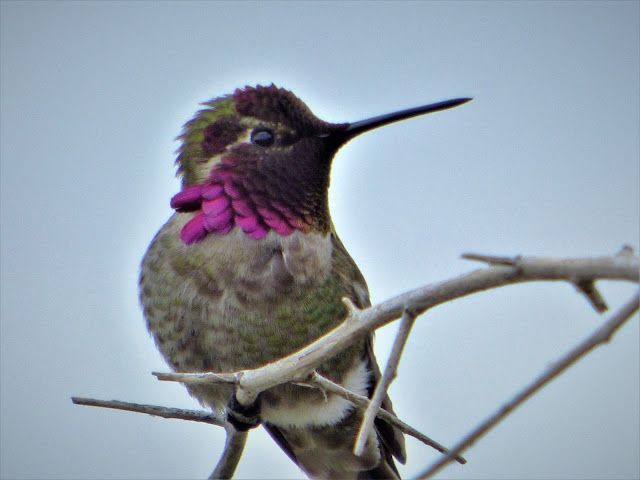 Update: Almost everyone who usually reads these posts has already done so. However I ended up walking again at dinner, and wouldn't you know the hummingbird was still patrolling the bush! So I added another highly manipulated shot below...clearly the iridescence is not so visible from some angles! 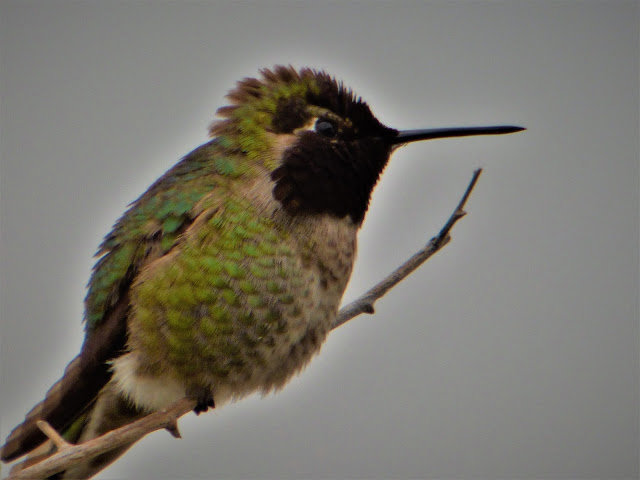