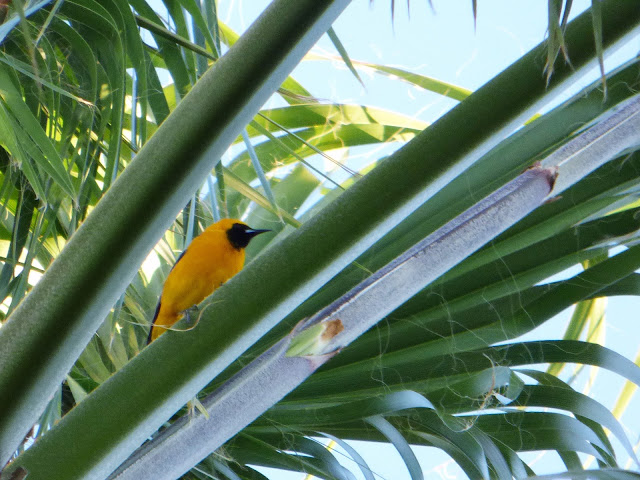 After my unsuccessful attempt at sighting Hooded Orioles in Hemet last week (I found Acorn Woodpeckers instead), I wanted about the closest thing to a sure thing as I could get. That would be Fox Grove on the Tuolumne River between Waterford and Modesto. They regularly nest in the palms around the Wildlife Center, and I've seen them there a few times in past years. 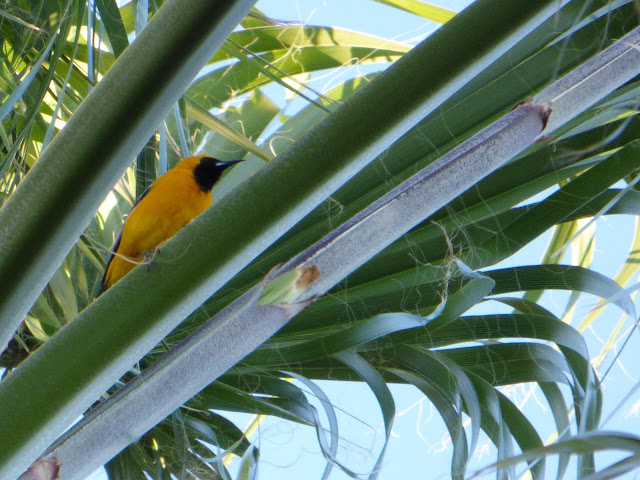 The Hooded Orioles (Icterus cucullatus) are a species of the southwest and Mexico, coming north in spring to breed. They build interesting hanging nests out of fibers of the palm fronds (of which I haven't yet captured images). 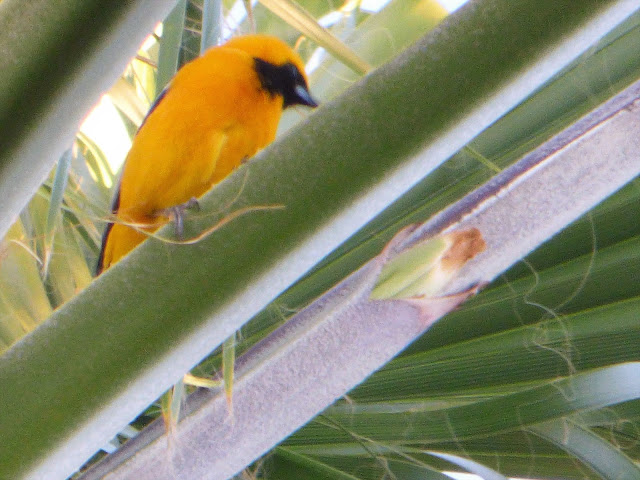 I was picking up dinner at the BBQ joint up the highway and stopped in and found a couple of the Orioles flitting from palm to palm. As usual, I have yet to capture a sharp shot, but these are among the best yet that I've gotten. 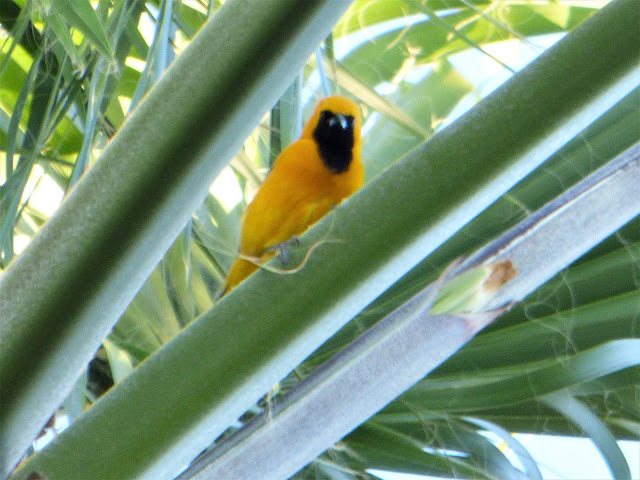 The females are not nearly as showy as the males, but I did manage to catch a shot of one of them. 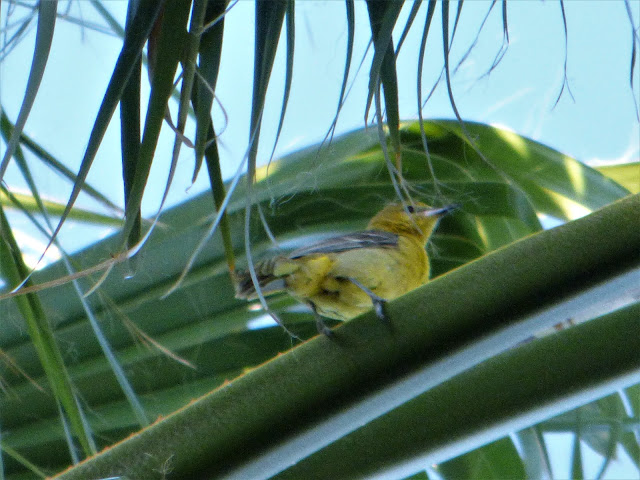