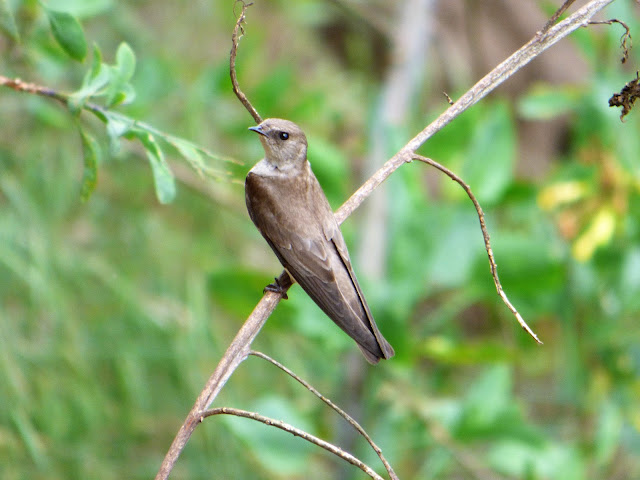 These birds had me fooled last year, but never again (yeah, sure...). The Northern Rough-winged Swallows (Stelgidopteryx serripennis) I photographed looked to me like juveniles of something else, but I was quickly corrected, and I figured out their identity right away this week when I walked the Tuolumne River Parkway Trail in Waterford (in retrospect I wonder if last year's birds could have been Bank Swallows?). They've been soaring over the raging Tuolumne (and I'm not kidding about that; it's been at flood stage for 4 months now), but a number of them seem to be nesting in a high embankment over the river about midway along the trail between Reinway and the water treatment plant. I can't tell for sure; the cliff is sheer, and there is nowhere to get a view below without having a very good chance of plunging into the river. 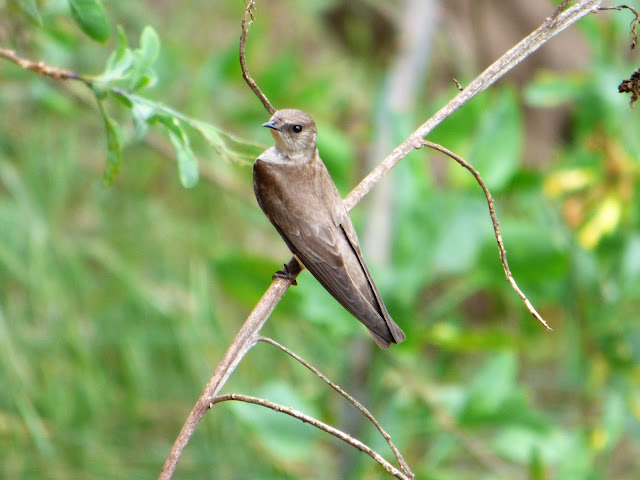 I worry about the embankment a little. It's a steep drop of 15-20 feet to the river, and the base has been soaking in the flood for four months now, so sapping is causing nearly continuous collapse of the cliff. If they are using burrows there, I wouldn't be surprised if some nests have been lost. 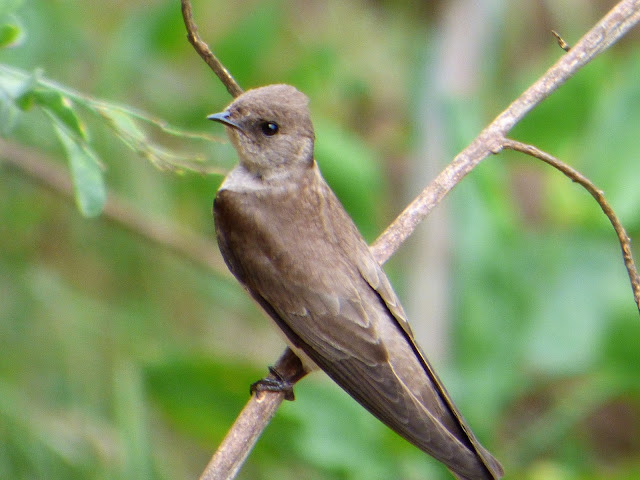 The Northern Rough-winged Swallows are bit less colorful than their swallow cousins, but they are the equal of the others in every other way. They are fabulous aerial acrobats, flying inches above the water chasing bugs. They are relatively common across the United States during the spring and summer, but like the others they migrate to Mexico and Central America during the winter months.
Posted by Garry Hayes at 4:53 PM