Some Migrants are About to Leave: Western Tanager on the Tuolumne River 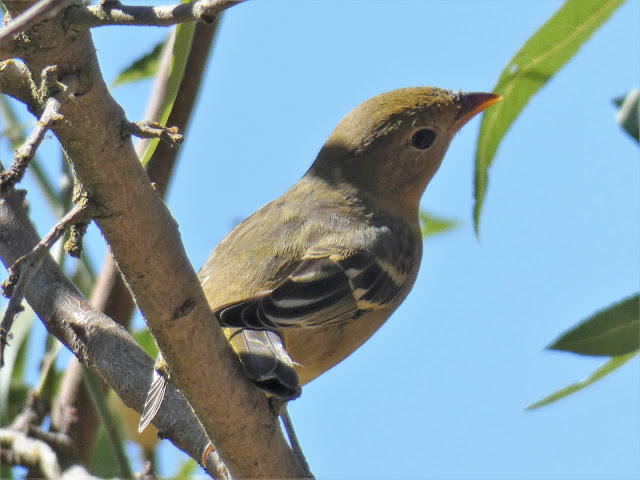 One of the great joys of fall is watching for the new arrivals and migrants who pass through our region. I've seen some beautiful warblers and flycatchers on my recent walks. But there are the wistful goodbyes as well. The Rufous Hummingbirds will be moving on, as will the Buntings and Grosbeaks. The sad part is that we never know if a particular observation will be the last view of a particular species for a whole season. That was the case yesterday with my sighting of a Western Tanager (Piranga ludoviciana). Will it be the last one for awhile? I'm secretly hoping that by saying so I'll get an even better sighting tomorrow.

The tanagers will be returning soon to the tropics of Mexico and Central America, but I got at least one last view of this female (the males are much brighter with flaming red heads). The top picture is about as close as I've ever gotten to one of these beautiful birds. It actually came to me, landing on the branches hardly six feet away, long enough for a single sharp picture, and then it headed up into the oak canopy where I got a couple more fuzzier shots. 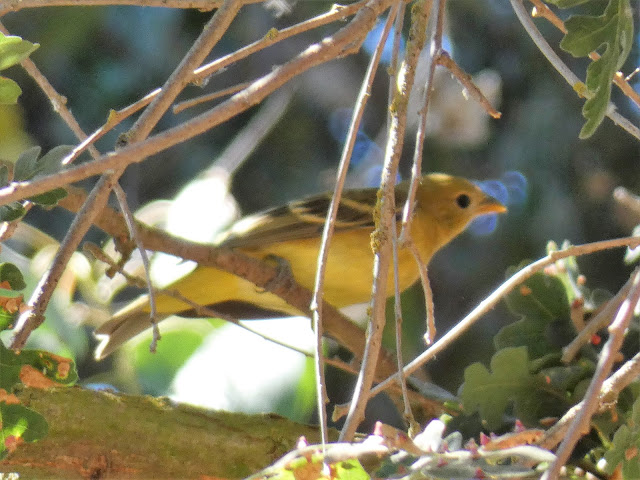