One of These is Not Like the Others: Brown Pelicans (and odd friend) at the Don Edwards San Francisco Bay National Wildlife Refuge 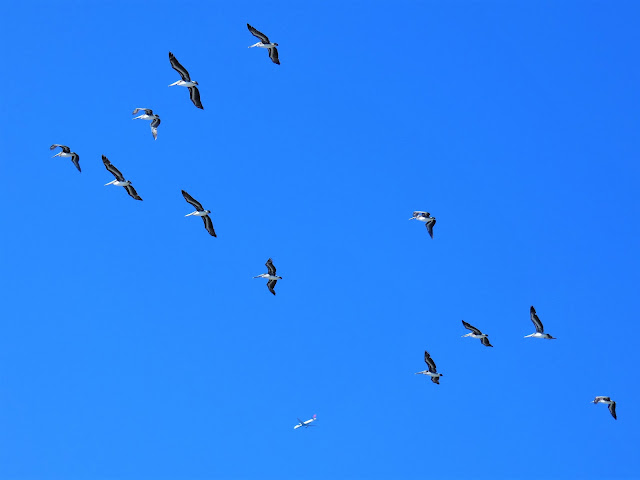 It was an interesting day for the watching of flying things. We were at the Don Edwards San Francisco Bay National Wildlife Refuge, which is a critical urban wetlands environment on the east side of San Francisco Bay. Much of the refuge is former salt ponds that are being reclaimed as natural salt marshes. It is an island of nature in the midst of an urban area that includes an approach to Oakland Airport so we didn't see just birds flying overhead. One surprise was the approach of the world's largest transport plane, the Antonov AN-225 Mriya. The wingspan is about the length of a football field. Then there was the overflight of some two dozen Brown Pelicans (Pelecanus occidentalis), accompanied by a very small or very distant airliner. 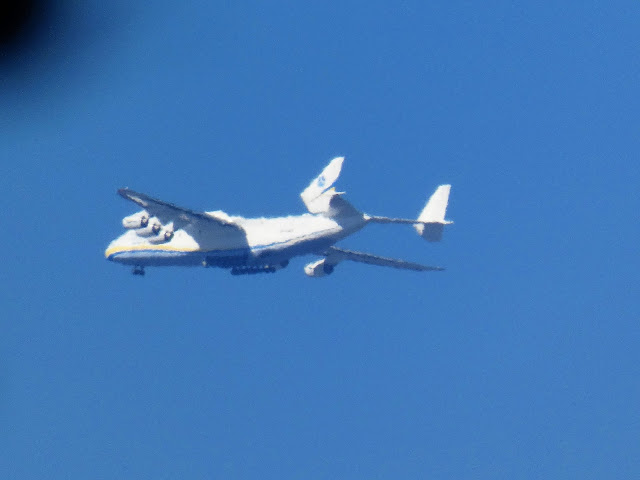