Another Migrant! Black-throated Gray Warbler on the Tuolumne River 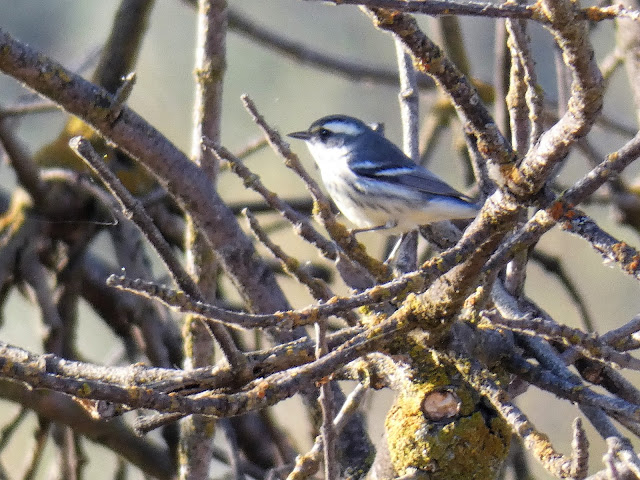 The hunt continued this morning as I searched the trees along the Tuolumne River for migrant warbler species. I saw a Nashville Warbler yesterday for the first time ever, and I had the foolish hope that I might see some of the other warblers that have been showing up in our region in the last few weeks. For someone like me who lacks observational skills and patience, it is an exceptionally foolish hope, so imagine my surprise when I saw another new species of warbler for the first time. It was a Black-throated Gray Warbler (Setophaga nigrescens). I immediately pulled out the camera and took more than a dozen shots of the bird before it flew off, but in the end only the first picture turned out to be useful.

The Black-throated Gray Warblers are somewhat short-distance migrants, breeding in the western United States and wintering in Mexico. If the one in the picture above seems to be lacking a "black throat", it is a juvenile of the species. The black throat comes later.