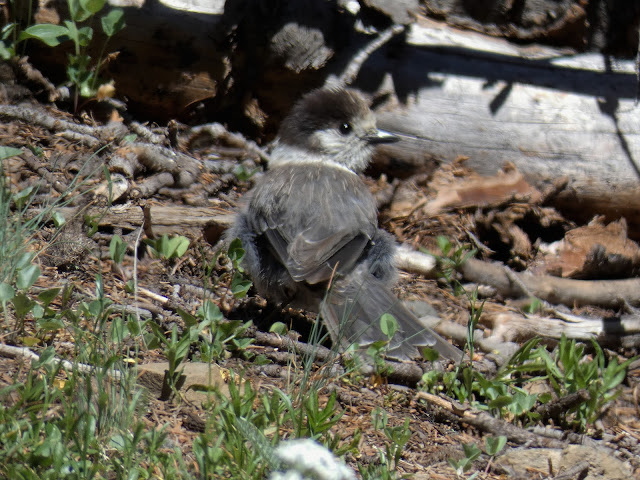 Here's a tough little bird. It lives in cold northern climates, going so far as to nesting in the depths of the winter season. I've only seen them a few times because I don't live in a place where they hang out, although they are common enough within their range. They're willing to eat any available food and will steal to get it (one of their nicknames is "Camp Robber"). It's the Canada Jay (Perisoreus canadensis), which only a year ago was officially called the Gray Jay (The American Ornithological Society is apparently empowered to do such things). 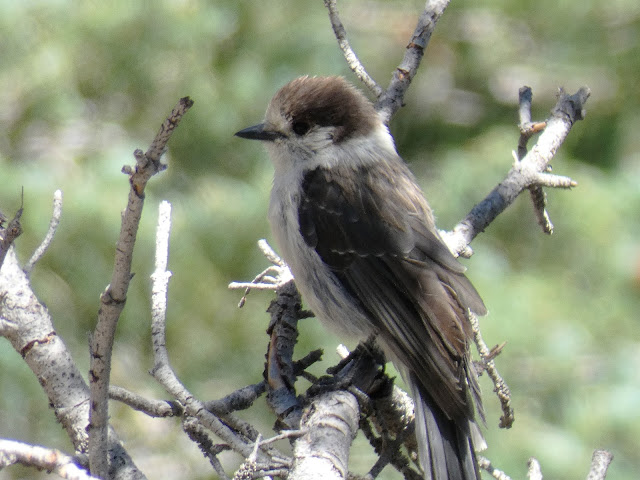 I saw this one while we explored the picnic areas on Hurricane Ridge in Olympic National Park. It's one of the most stunning viewpoints in the country, with the scenery made even better by the rich variety of wildlife species present. 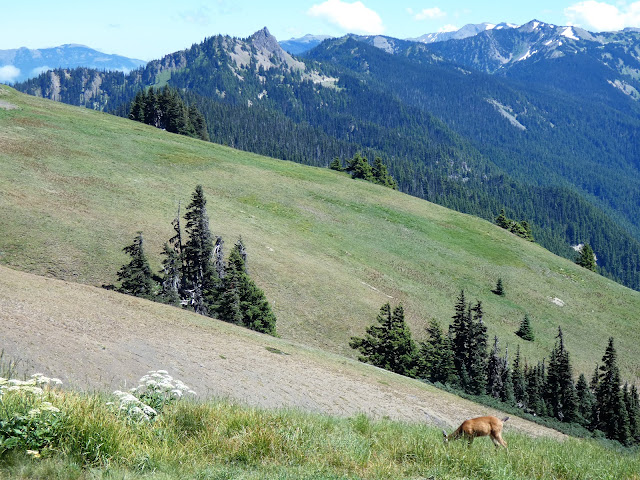