The Bird That I Don't Get to See: Green-tailed Towhee at Mesa Verde National Park 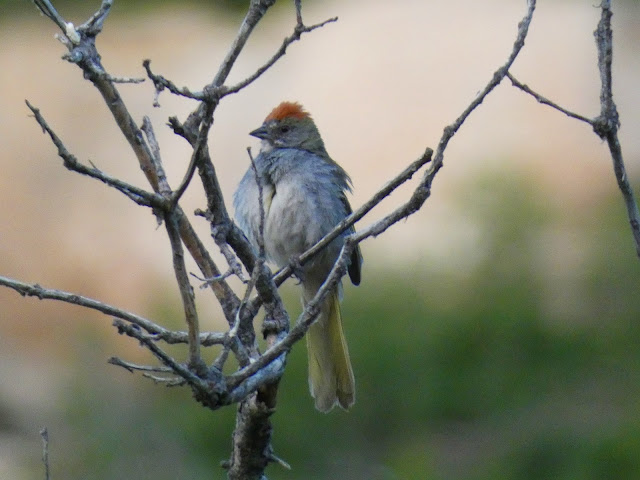 There are some birds, well, really a lot of birds that I don't get to see. At least not when I'm on the home turf along the Tuolumne River. Now, this makes a certain amount of sense, considering that the United States is home to more than 1,100 species of birds, and only 306 of them have ever been sighted in our county. But some species are more unfair than others. Take a look at the distribution map below. It's for the Green-tailed Towhee (Pipilo chlorurus). See how a long white barren strip runs down the Central Valley, but orange (breeding), and blue (non-breeding) areas completely surround our valley? I looked it up, and in 2013 one poor individual wandered down into our county and was immediately set upon by dozens of birders! 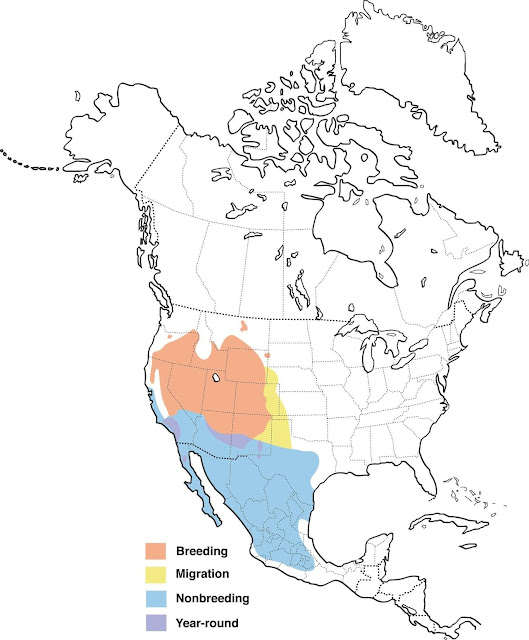 Luckily though, I've been given the opportunity to do a lot of traveling, and when we camped at Mesa Verde National Park last month, I was privileged to see a pair of the Green-tailed Towhees in our campsite. Apparently this was a rare enough sight as well since these Towhees more often hide deep in thick underbrush and aren't seen all that often. 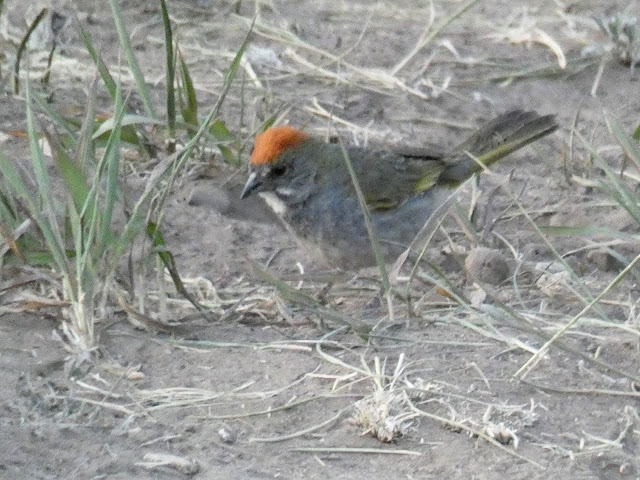 One would think that such a distinctive bird with the rufous colored crown and the green tail would be a quick identification, but I am still pretty slow-witted when it comes to tracking down species names. I actually did guess that it was a kind of sparrow (Towhees are large sparrows), but I skipped right past the Towhees in the Sibley's guide. I'll know better if another one comes wandering out of the Sierra Nevada and pays a visit to the Tuolumne River Parkway Trail... 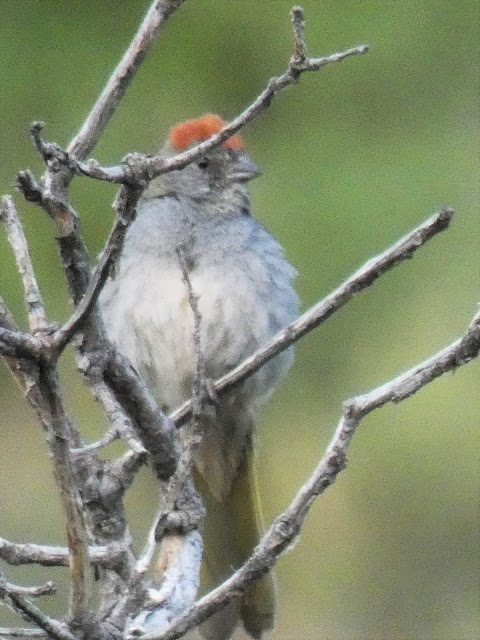