We don't see Bald Eagles (Haliaeetus leucocephalus) all that often in the Central Valley. They're around, but usually over the wetlands and reservoirs where we spend less time. They are more abundant far to the north since, more or less by definition, there are more wetlands and coastlines. So we get inordinately excited when we get to see them. 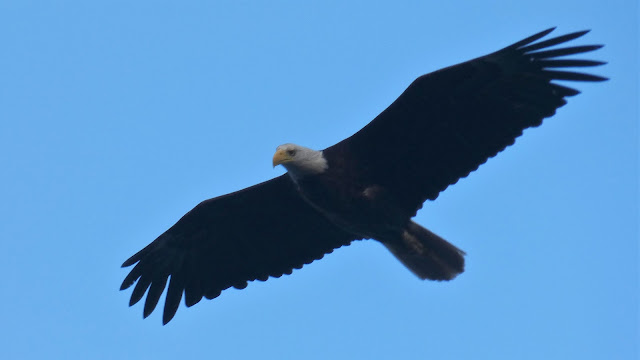 We spent a couple of weeks in the Pacific Northwest, and saw them in a few places. We spent a night at Cape Disappointment State Park in Washington, and saw our first eagle in the pines along the shoreline of the Columbia close to the river's mouth. 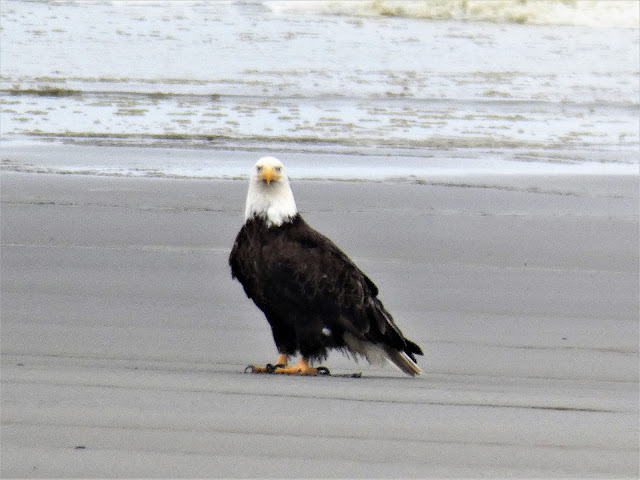 The next morning we set forth in the unending search for coffee and food, and went out on the beach at Seaview, just a few miles up the coast from Cape Disappointment. There were a lot of large dark-colored birds gathered on the beach with this eagle just down the shoreline a bit. The birds turned out to be Turkey Vultures working on some kind of carrion, and the eagle had either finished with its share, or was waiting for a chance at the mess, but was outnumbered by vultures. 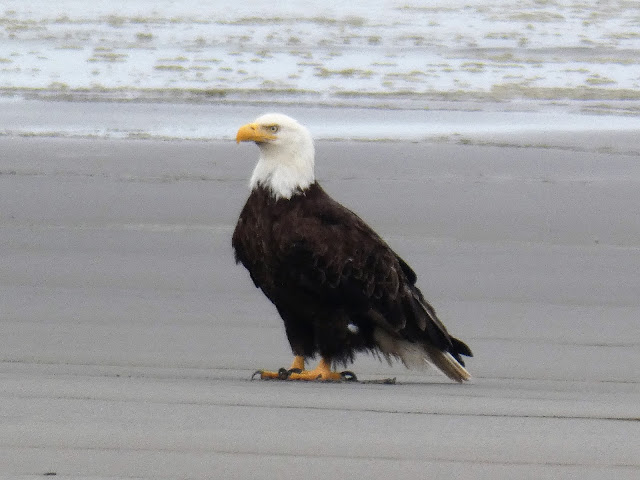 I've been reading how Bald Eagles are a major nuisance in parts of Alaska, especially Dutch Harbor where the fishing boats dock. Some people have even been injured when they have gotten between an eagle and some kind of food source. But here in the lower 48 states, they are less populous and more fun to observe. 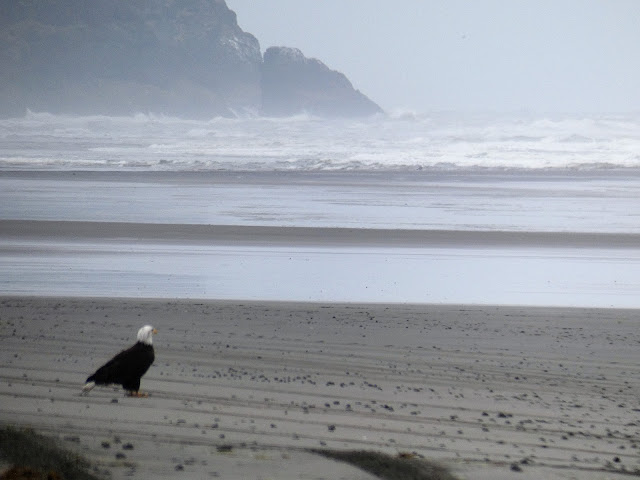