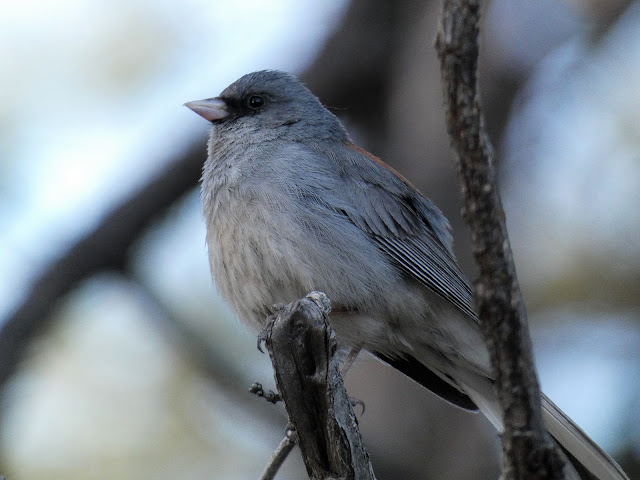 Our trip across the Colorado Plateau last month was a geology field studies course, not a bird-watching expedition. But when I could step away from teaching duties I found what birds I could. On Grand Canyon's North Rim, it's been a very dry year and I didn't see all that many birds, but there were a few. The most unfamiliar was the Dark-eyed Junco (Junco hyemalis), which is ironically one of the most common birds in North America. 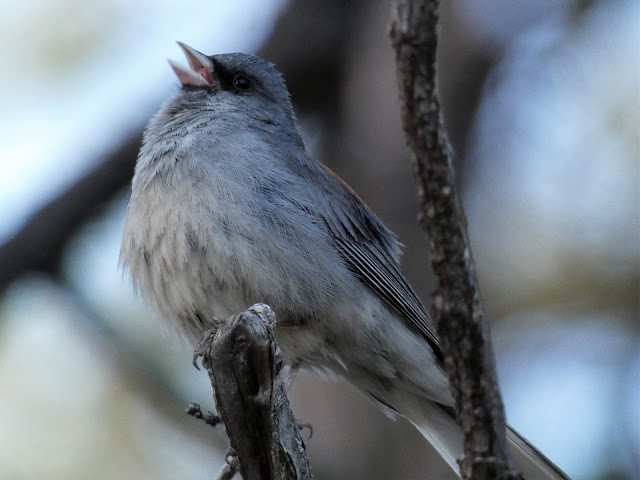 The reason that this particular bird was unfamiliar to me is that it doesn't look much at all like the Juncos that I see elsewhere. There are quite a few regional subspecies of this bird, and the Gray-headed subspecies (Junco hyemalis caniceps) is not found in my region. The genetic code of these little sparrows must be rather malleable! One does wonder why the variants aren't considered separate species. 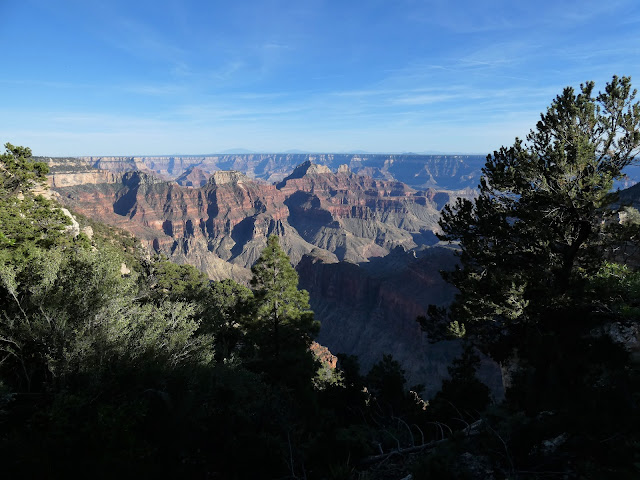