Finally Found Them! Hooded Orioles on the Tuolumne River 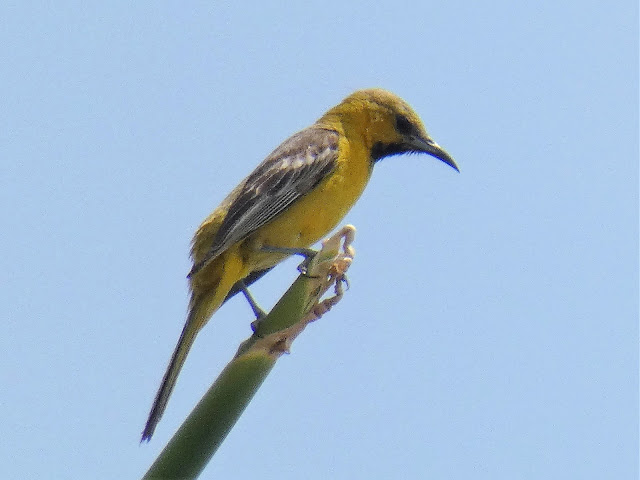 Some birds just don't want to be found, which is perfectly understandable. But a bird that is as brightly colored as a Hooded Oriole (Icterus cucullatus) seems to be begging to be seen, but the species simply isn't all that common around here. It's more of a tropical species, and something like 98% of them spend winters in Mexico, and only half of them come over the border to breed in the U.S., primarily in the southwest desert regions, especially places rich in palm trees. 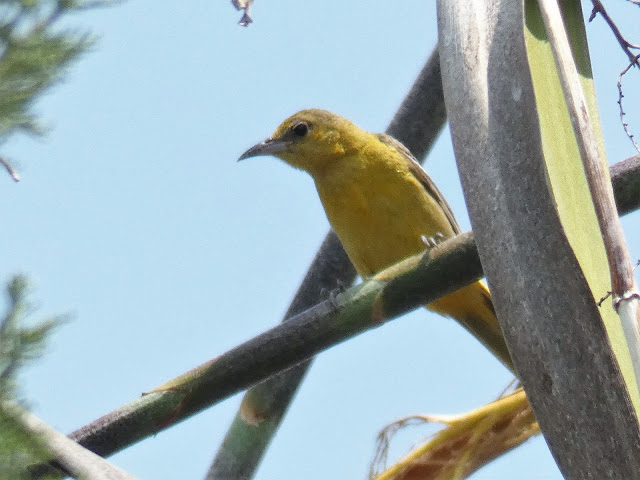 I've seen Hooded Orioles on parts of the Tuolumne River, but despite keeping careful watch for the last few months, I had not seen any this year. It turns out that palm trees are the key to finding them, at least on the river trail. The palms are where they build their unique hanging basket nests. There aren't any palm trees on the main trail, but there are several in yards on the bluff adjacent to the trail near the water treatment plant. I saw the flash of yellow and the curved beaks, and realized I'd finally found an Oriole family. The immature male was chasing mom around like a hungry teenager. 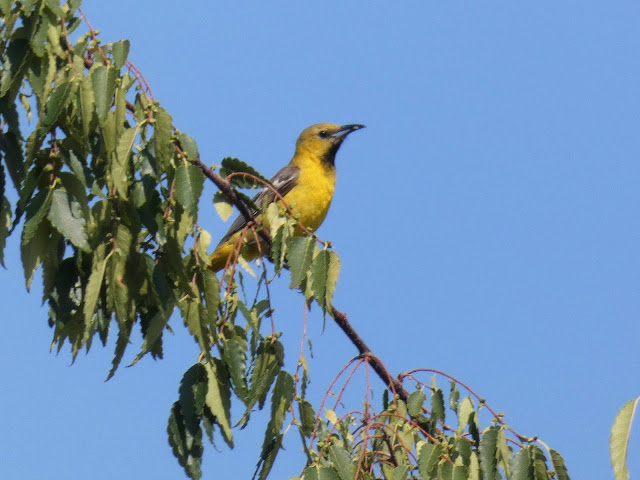