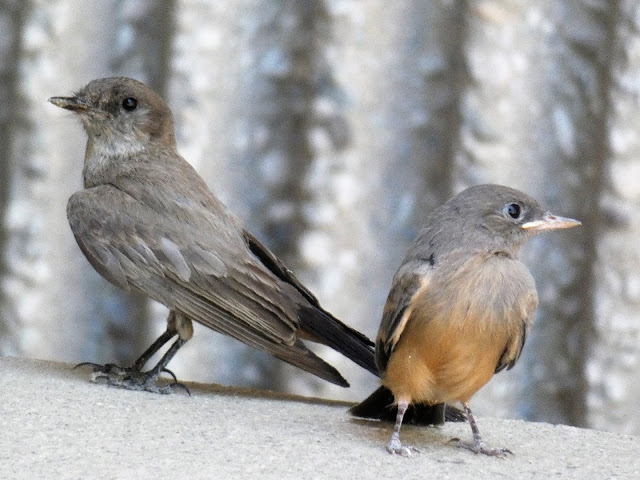 It's kind of interesting that practically that only occupied nests I've seen lately were those of Say's Phoebes (Sayornis saya). I haven't seen any on the home trail yet this year, but I saw several on the Colorado Plateau trip last month, and both were attending to nests. This was also true the previous summer at Pecos National Monument in New Mexico. Then last week I had occasion to be in Southern California, and while touring the sculpture garden at the Palm Springs Art Museum I didn't see the nest, but I saw the recently fledged chicks badgering momma for food. 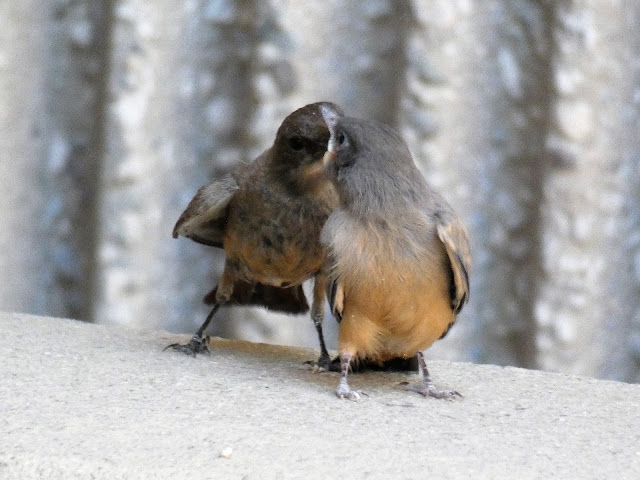 The birds did not seem overly concerned over our presence. It was a cooler day than normal in Palm Springs, just 103 degrees or so, and perhaps they were more concerned with enjoying the balmy weather. 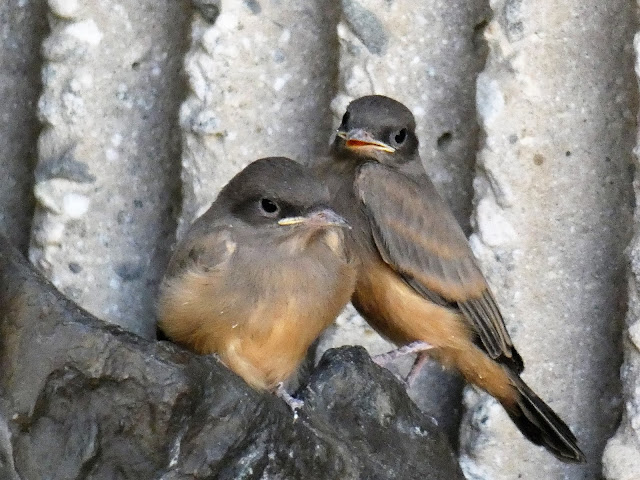 Say's Phoebes are members of the tyrant flycatcher family. Their name describes them well, as they live almost exclusively on insects. Like the other flycatchers, they like to perch and fly out to capture their prey before returning to their perching spot. 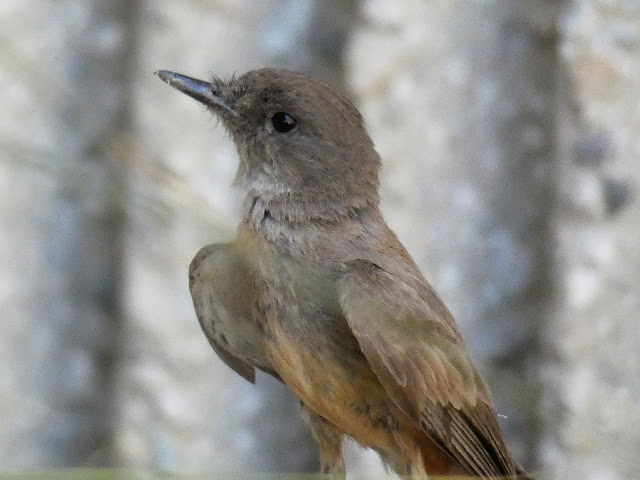 The Say's Phoebes are tropical denizens for much of the year, although many migrate north in the summer for breeding. According to EBird, they range farther north than any other flycatcher. They are resident non-migrating birds in the desert southwest (which by coincidence is where I've seen a lot of them). 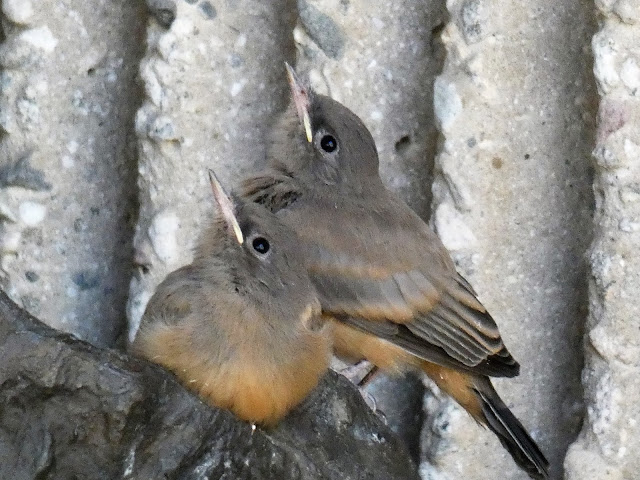