What's For Dinner? For the Red-tail, it's Something Reptilian... 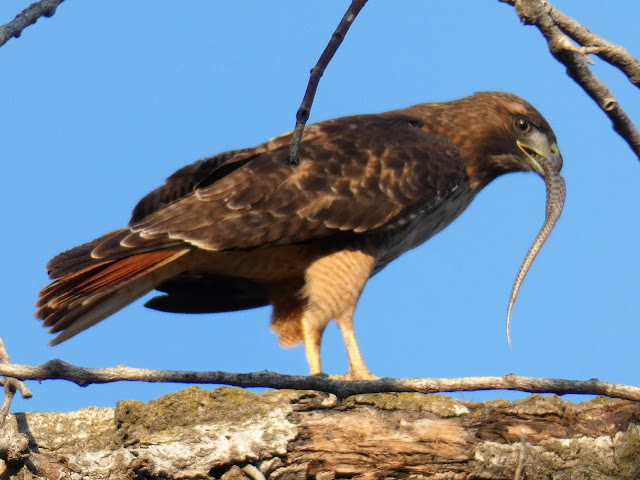 Red-tailed Hawks (Buteo jamaicensis) have a rather strained and tenuous relationship with the other birds on the West Campus of Modesto Junior College. As often as not I see them being mobbed by crows or magpies, and I'm sure they are guilty of consuming the occasional unsuspecting or careless bird. But tonight it was rather clear that they enjoy reptiles in their diet as well. I was standing by the sheep pond on the northwest corner of the campus, which is pretty much the most wilderness-like part of our campus. I sensed a large bird soar over me and the hawk landed in the tree in front of me with dinner hanging out of its mouth. It was a strange sight, to say the least. It gave me a few quizzical looks and took off for a tree a little farther away to finish dinner without the paparazzi snapping pictures...

Does anyone know what reptile the victim is? 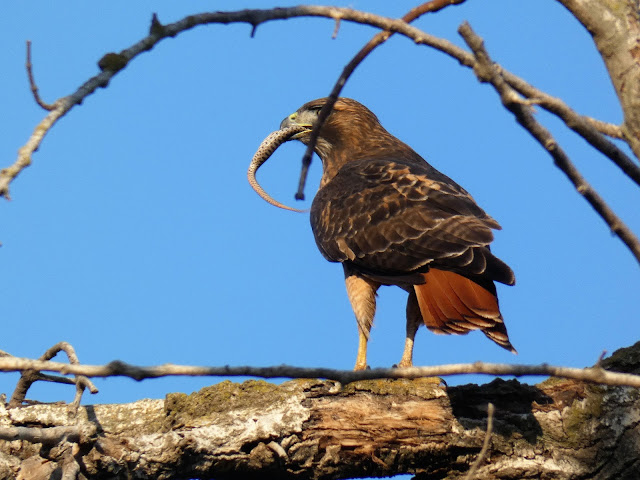