The Babies are All Grown: Mute Swans on the Tuolumne River 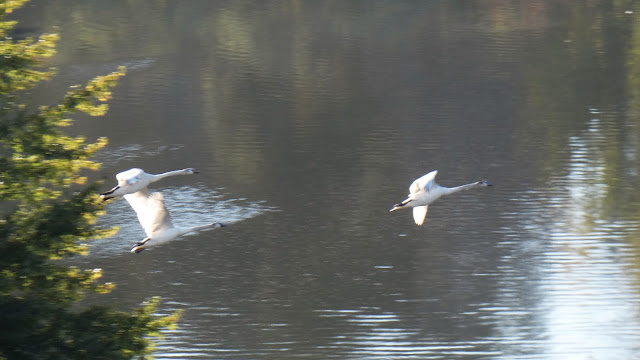 There was something new in the sky above the Tuolumne River Parkway Trail this morning. Large graceful birds were gliding over the water, and it took me a moment to realize who they were. The baby Mute Swans (Cygnus olor) have taken to flying! 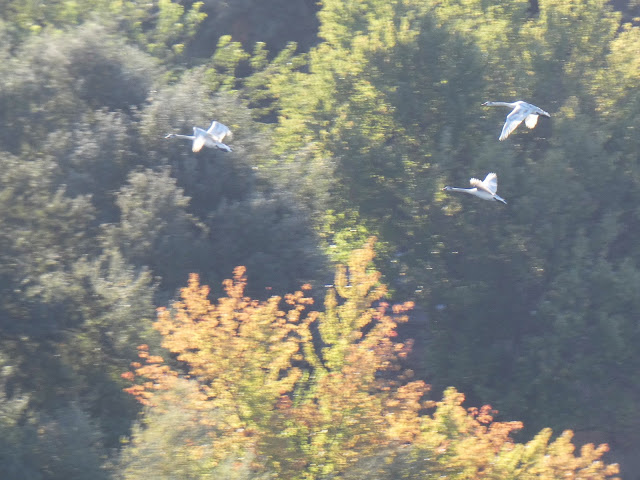 I've been following this bird family ever since the late winter or early spring when the cygnets made their first appearance on the pond across from the western trailhead off Reinway Avenue in Waterford. The original brood included four babies, but one disappeared as the weeks rolled by. The other three thrived and are now nearly fully grown. 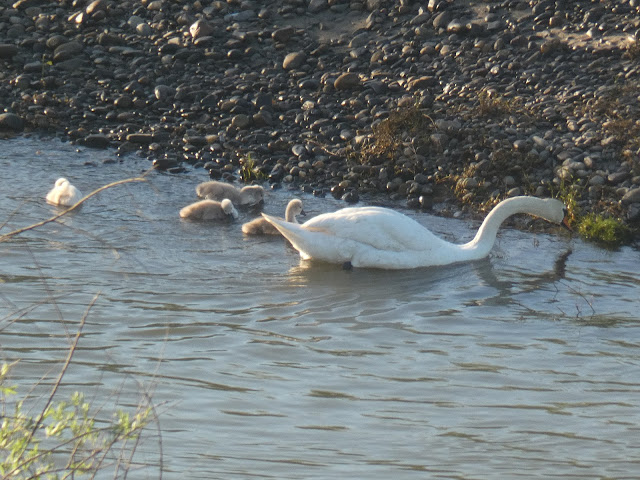 There is a certain ambivalence about the presence of Mute Swans here in the valley. They are not native to the region and are instead the offspring of European ancestors who were brought to America to be accessories in the landscaping of rich estates. The escapees have caused problems because they are voracious consumers of water plants (pounds per day) to the detriment of other freshwater bird species. I've suspected that the parents of these birds have clipped wings simply because I've never seen them flying except for a semi-gliding motion when chasing off of Canada Geese. 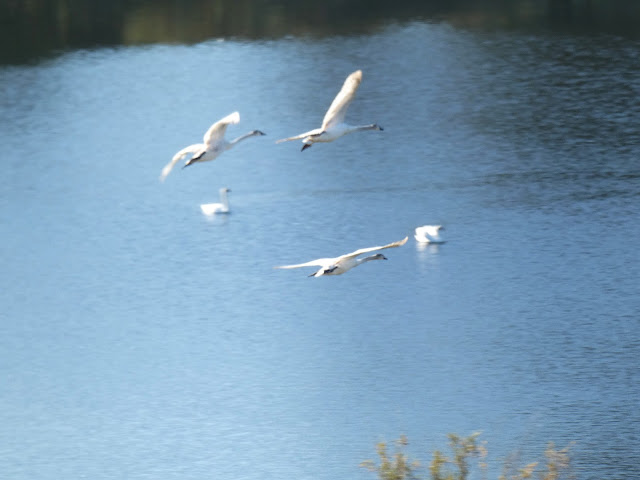 My last picture of the "teen-agers" was a chance capture of them flying above their water-bound parents. That's got to be a metaphor for something or another.