Because the Ice Machine Broke, Here's a Townsend's Solitaire... 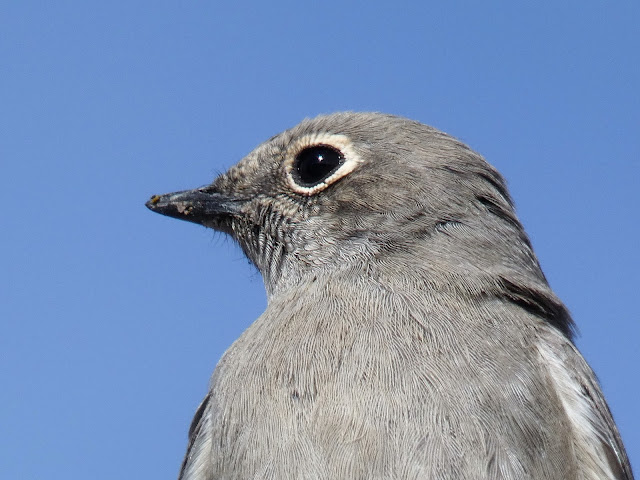 I guess that title requires a little bit of explanation. Townsend's Solitaires (Myadestes townsendi) are birds of the conifer forests of the montane west of the United States and Canada. I don't get to see them very often since I live near sea level on the floor of the Central Valley. Last weekend I was at Lava Beds National Monument in the far north of California near the border with Oregon (south of Klamath Falls), which is one of the few places I've seen them regularly.

The problem with Lava Beds is that the monument and the lava flows it protects has no surface water. Rain and snowmelt drain into fractures and fissures in the basalt, so with the exception of some ice pools in the bottom of a couple of lava tubes, birds have no water unless they fly several miles to the Tulelake basin. I've therefore had some great birding experiences in the park campground near the water spigots because the birds gather there in the morning for a drink. This time, though, I was at the visitor center and I didn't expect to see many birds out and about. 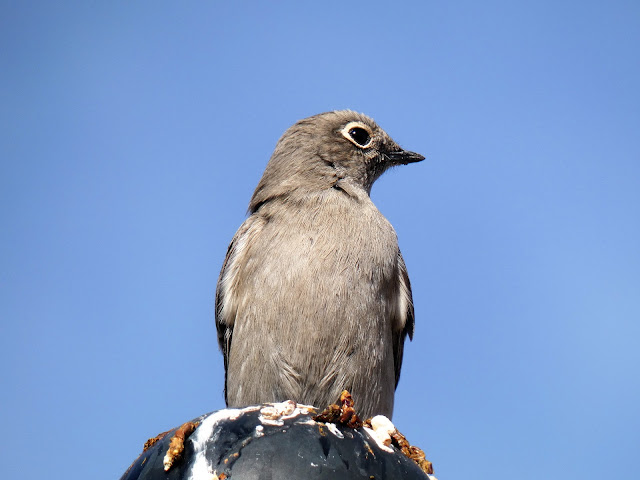 But there were. There were at least a half dozen Townsend's Solitaires flitting about, and I soon realized why. The ice machine outside the building was broken, so the park staff had taken the bags and blocks of ice and scattered them into the sagebrush next to the building to melt. And the birds loved it. I was standing there waiting to speak with a ranger about something, and the birds were landing all around me getting drinks, barely heeding the fact that I was only 6-7 feet away. 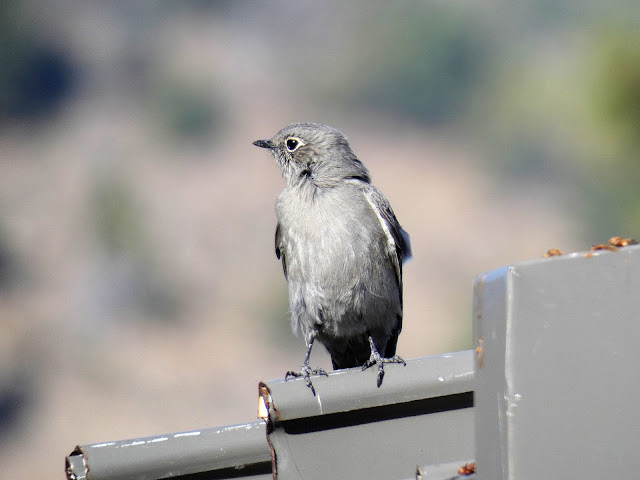