The Ugly Ducklings are Doing Okay: Watching the Mute Swans Grow on the Tuolumne River 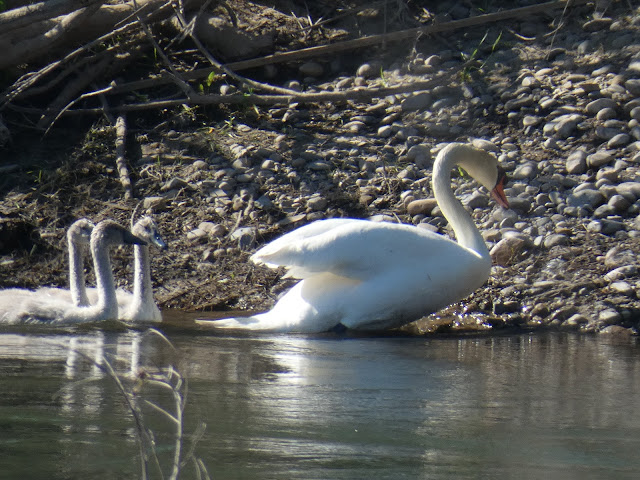 There's a pair of Mute Swans (Cygnus olor) who live in a quarry pond across the river from the west end of the Tuolumne Parkway Trail. They've been there for at least three years, and although they could be domestic, they've been freely raising young ones. 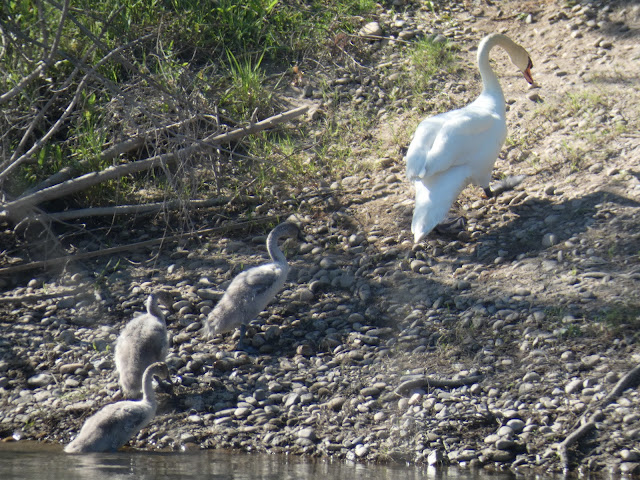 Last year they had four nestlings, but only one of them survived to adulthood. It was kind of heartbreaking to watch them for weeks and seeing fewer cygnets following mom and dad on the pond. It wasn't for lack of effort by the parents. I've seen the parents aggressively driving off Canada Geese and other larger birds from the pond area. 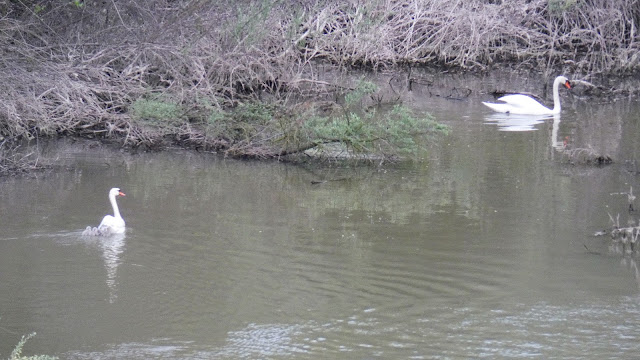 So far this year has been different. There were four cygnets again, but after several months three of them have survived, and seem to be getting large enough to fend for themselves (see the top picture). 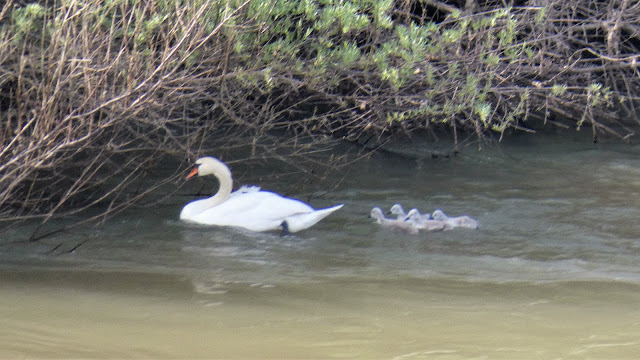 As I've pointed out in previous posts, Mute Swans produce ambivalent feelings among birders and ecosystem managers. They are beautiful birds, the subject of myths and legends, especially in European culture. But that is because they are native to Europe. They were brought to America as domestic waterfowl, part of the landscaping for rich estates. But as usually happens some escaped and established feral populations, and as such they have caused a lot of damage by eating up much of the available forage, and displacing other species. There have been many efforts in the eastern United States to control their populations. Permits are needed to own these swans in California because of their potential in damaging natural habitats. For the time being, there are only a few showing up on the EBird reports in the region (Dawson Lake has been another dependable spot for seeing them). 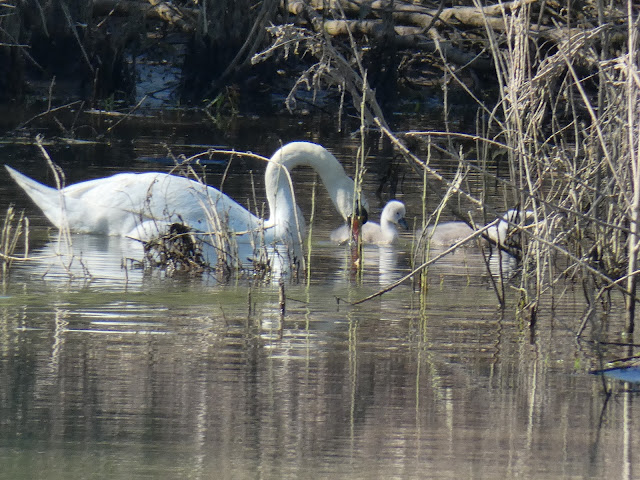