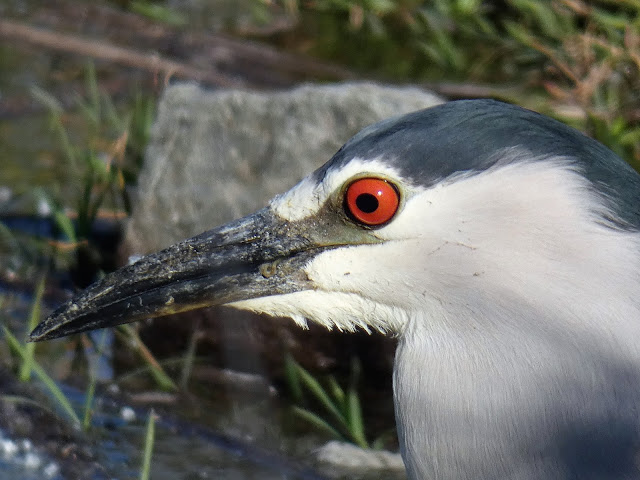 It's was time for final exams at CSU last week, but I arrived early enough to stroll around the campus to see what birds were out and about. Stanislaus is not a bad spot for seeing birds. There are lots of trees and ponds for habitat, so I tend to see a fair variety as I walk about. 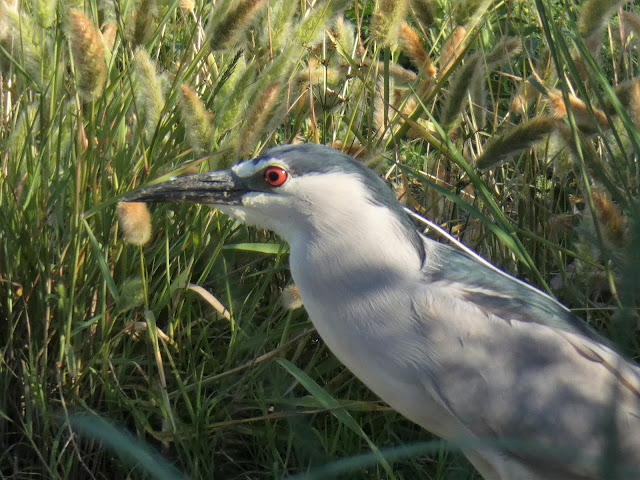 Most of the ponds are carefully tended and the reeds are cut back to keep things "manicured", but Willow Lake lies between the two science complexes and adjacent to the outdoor laboratory area, so it is more overgrown and wild than the other water bodies (I'm pretty sure that's on purpose). It usually has the best variety of water birds and shore birds. There are always some Mallards around, a few American Coots, and some loud and obnoxious Canada Geese. In spring and summer there are Great-tailed Grackles to add to the cacophony. A Snowy Egret usually fishes quietly along the shore. 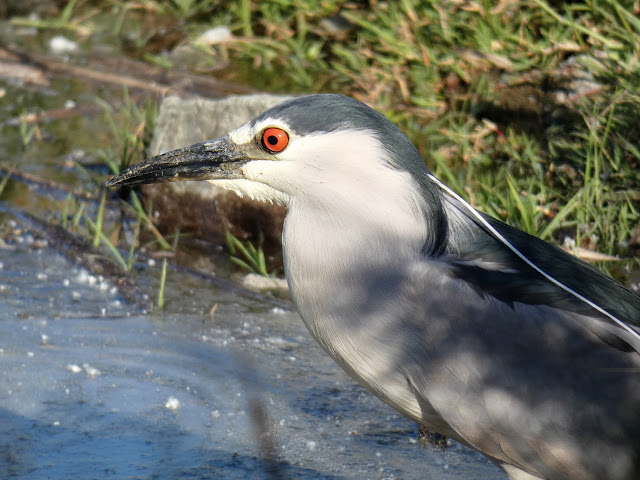 But until that night of finals, I had never seen an adult Black-crowned Night-Heron (Nycticorax nycticorax). I've seen the Hawaiian sub-species, and I saw a juvenile once in 2016, but never a grown individual. It was in the weeds at the south end of the pond. 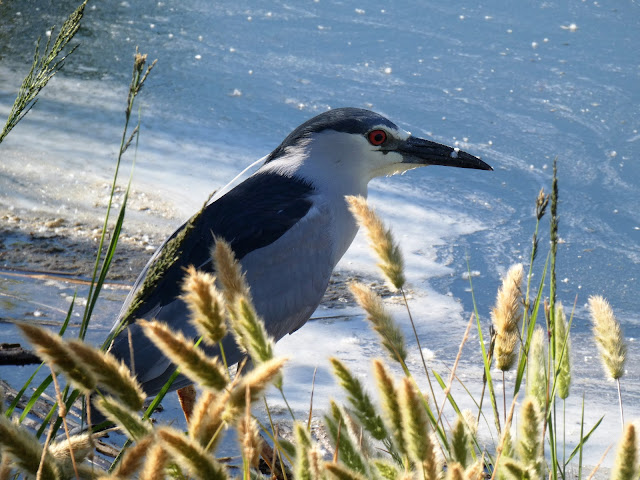 It seemed unconcerned about my presence (I was on the walkway along with dozens of other people). The pictures seem close, but that was the zoom-lens at work. The Night-Herons are common enough but are rarely seen because they usually forage at, well, night. They lay low during the daytime hours. Luckily I was out at sunset. 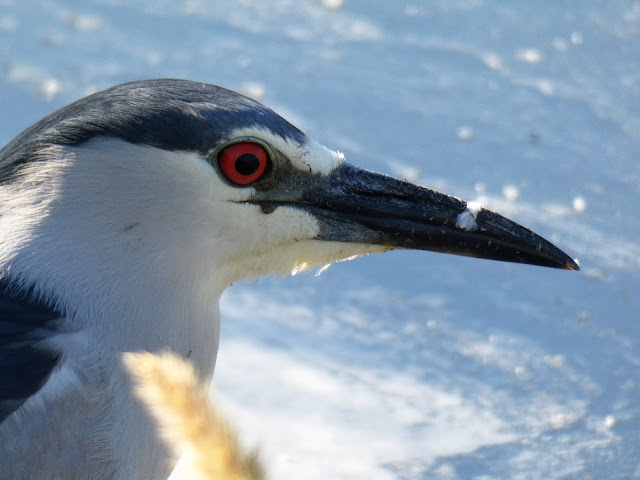