Return from Back of Beyond: California Condor on the Colorado River 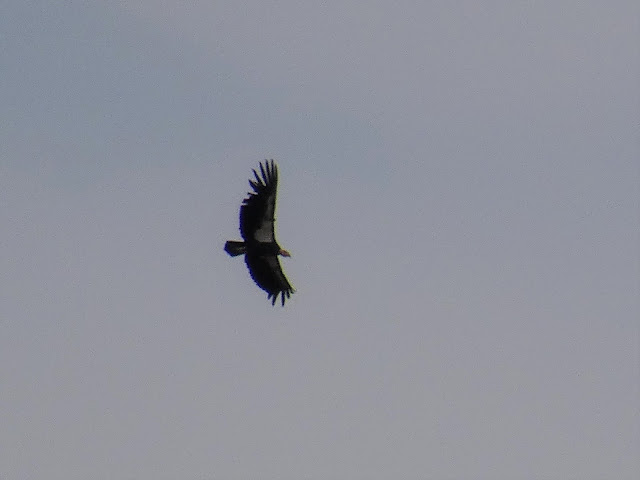 Did you notice something missing from your life lately? Like maybe the posting of bird pictures here on Geotripper's California Birds? Well, it is true: I've been missing in action, as I was co-leading a two-week course on the Geology and Archaeology of the Colorado Plateau. I had barely a moment to myself, and literally no access to the internet from a laptop.

In terms of bird sightings, the trip was a mixed bag. We certainly saw a large number of birds, but there was little time for careful observation. I will be posting some of them in coming days. But we did have some interesting surprises at times. The best is what we saw at Navajo Bridge over the Colorado River in Arizona upstream of the Grand Canyon. It was a pair of California Condors. 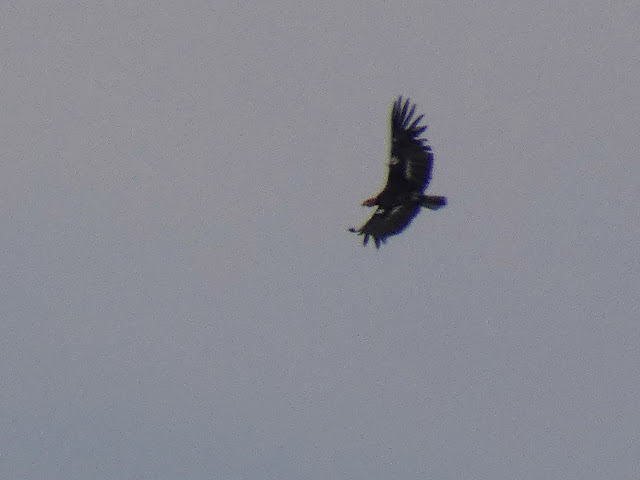 The California Condor (Gymnogyps californianus) is a rare bird indeed. It is one of the last remnants of the "Megafauna", the extremely large animals that populated North America during the Ice Ages. The Megafauna included the mammoths and mastodons, rhino-like animals, camels, horses, giant ground sloths and a group of nightmare-inducing predators like the Saber-tooth Cat, the American Lion, Dire Wolves, and the Short-faced Bear. All of these animals went extinct around 12,000 years ago except for the Condor. As a scavenger, these huge birds feasted on the slain bodies of the large grazing animals, and when those animals went extinct, the population of the Condors plummeted. I've read that the total number of these creatures at the time of Spanish contact was no more than a few hundred birds.

As modern civilization encroached on their remaining territory (and left lead buckshot in the carcasses of deer), the Condors lost ground and lost population. By the late 1980s there were fewer than 30 of them left in the wild, and the decision was made to capture them all and begin a program of captive breeding. It has been a great (and unfortunately rare) success story, as there are now 410 living birds, and more than half of them have been released into the wild. 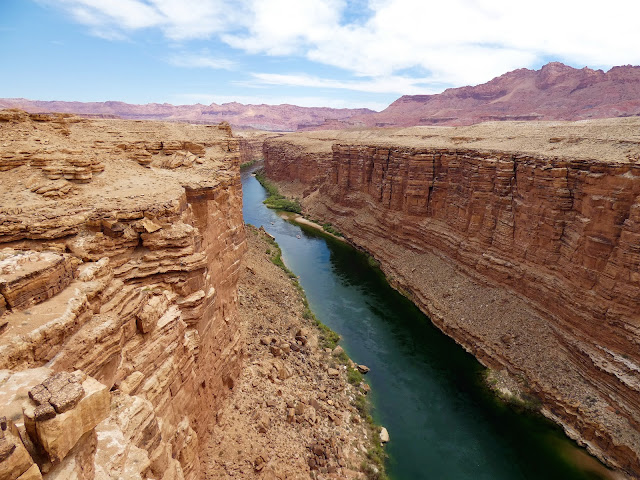 Most of the "repatriated" birds are in the coastal ranges of California, but a number of them were released in the Grand Canyon region as sort of a back-up population in case of catastrophe in California. I've seen them on both the north and south rim of Grand Canyon, and once saw them perched on the Navajo Bridge. That's where our group saw a pair last week, but by the time they told me about them they had taken off and were headed west. I got a pair of fair shots of them in the air. 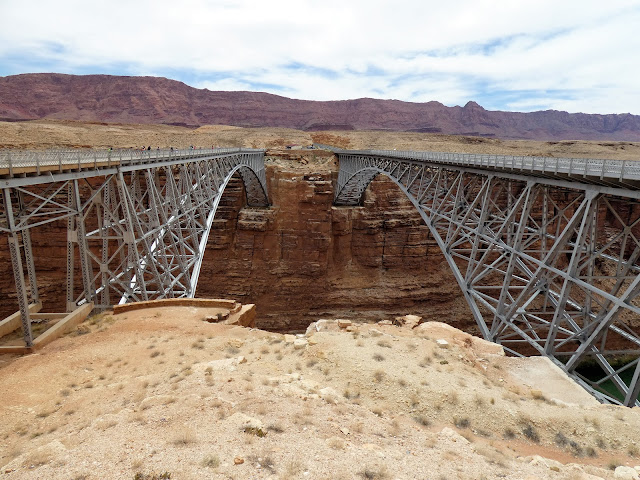