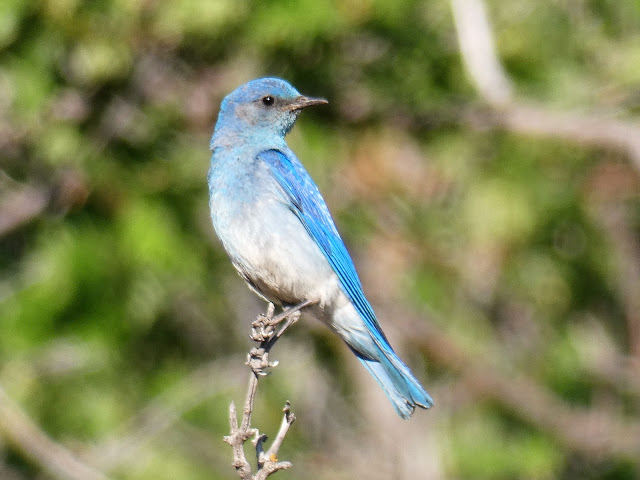 I love the color blue, and I really can't resist that color in birds. Scrub Jays, Great Blue Herons, Western Bluebirds, Stellar's Jays, I love them all. There's one that is common enough, but I'm not in the right place to see them often, so it feels special when I get the chance. It's the Mountain Bluebird (Sialia currucoides). They've been seen tantalizingly close to my stretch of the Tuolumne River, but I've only seen them up in the mountains, specifically in Tuolumne Meadows. 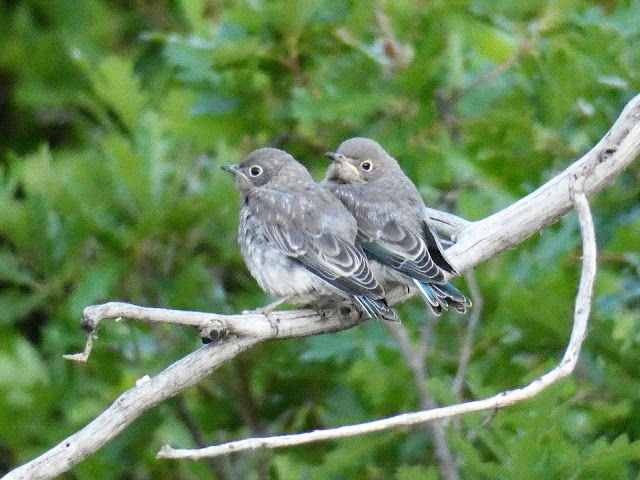 These birds were hanging out two weeks ago in our campsite at Morefield Village in Mesa Verde National Park. I recognized them as fledgling bluebirds but I was not sure of which kind until I saw them chasing poppa around the campsite (the females are far less colorful). I didn't get a shot of their faces, but I did get this one shot of parent and baby together. 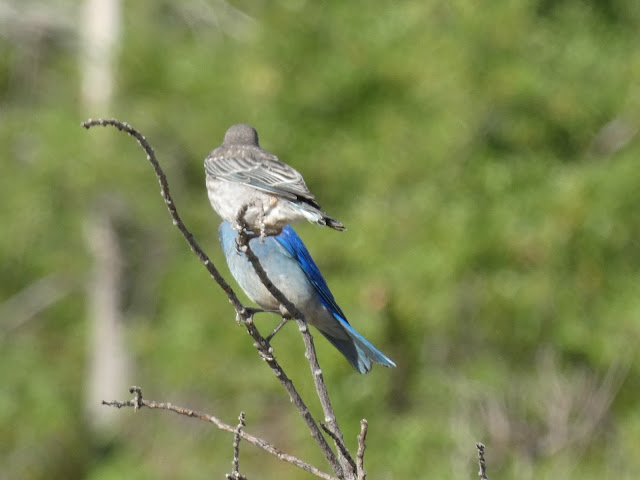 Mesa Verde National Park is famous for the ruins of the Ancestral Puebloan people that are common in the alcoves and mesa tops. The protection of the archaeological resources actually provides for the protection of the bird life and other animals as well, since people are not allowed to roam freely around the park. They are allowed only in specific areas leaving large parts of the ecosystem intact and undisturbed (aside from the all-too-often wildfires). 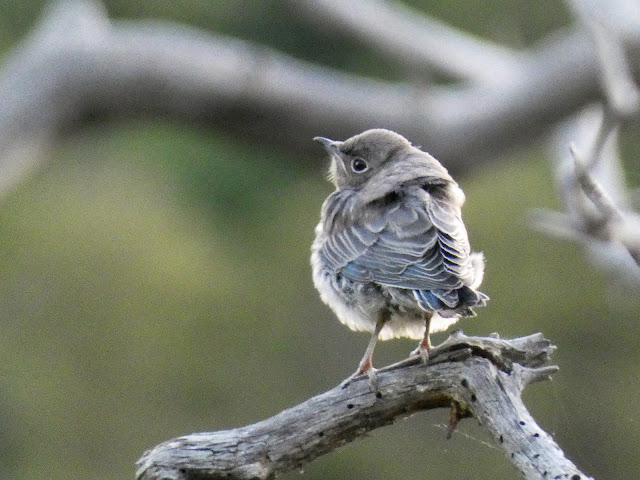