Some "Great" Birds at the San Luis National Wildlife Refuge: A Great Blue Heron, and a Great Egret 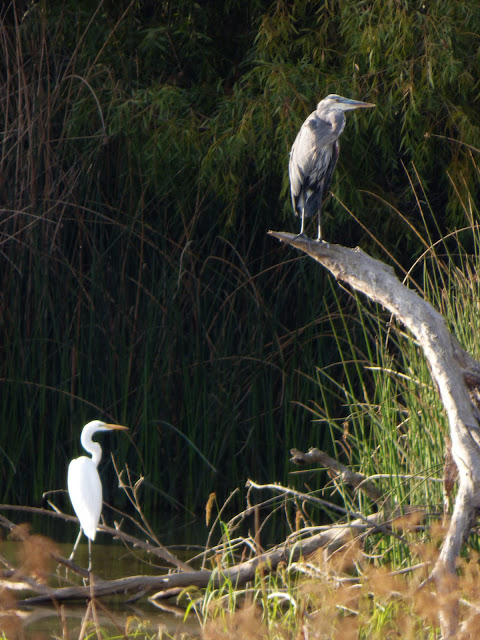 There's some anticipation in the air these days. The summer's heat is still lingering, although not so bad as before. Birds have been kind of scarce on my recent explorations, but I've been seeing a few
V-shaped formations high in the sky. The season is changing, and the winter migrants will be arriving soon. For no particular reason, we wandered down to the San Luis National Wildlife Refuge during the afternoon. No one promises much in the way of birdwatching at this time of year when the swamps and marshes are all dried up. But when we arrived, the feeling of anticipation was palpable. The water managers were just starting to flood some of the long-dry marshes. Few birds had yet discovered the water, but there were some. 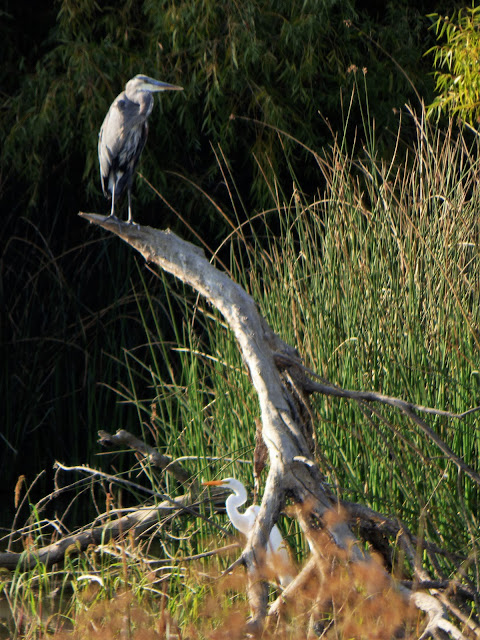 I saw the Great Blue Heron (Ardea herodias) first, perched openly on the dead snag. It actually took me a moment to notice that one of the roots below was not a root, but was instead a Great Egret (Ardea alba) standing in the reeds. 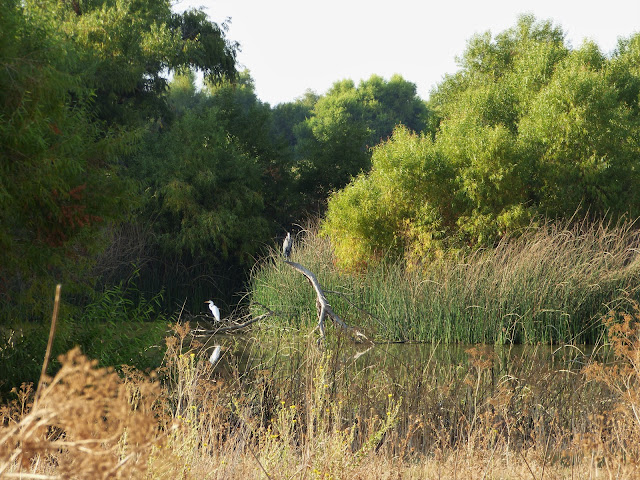 The San Luis National Wildlife Refuge is one of our treasures, tens of thousands of wetland acres managed in such a way as to mimic the wilderness prairie that existed for thousands of years before the arrival of humans. Millions of birds flock to the Great Valley for the winter, and these refuges, representing a mere five percent of the original landscape, allow them to survive and even thrive. The refuges are understaffed and starved of funds, and they deserve better. If you are ever in the Great Valley during the late fall, winter, or spring, the San Luis Refuge is an incredible place to visit. There are three auto-tours, and a number of hiking trails are available. The visitor center is new, and is a great place to start your exploration.
Posted by Garry Hayes at 10:00 PM