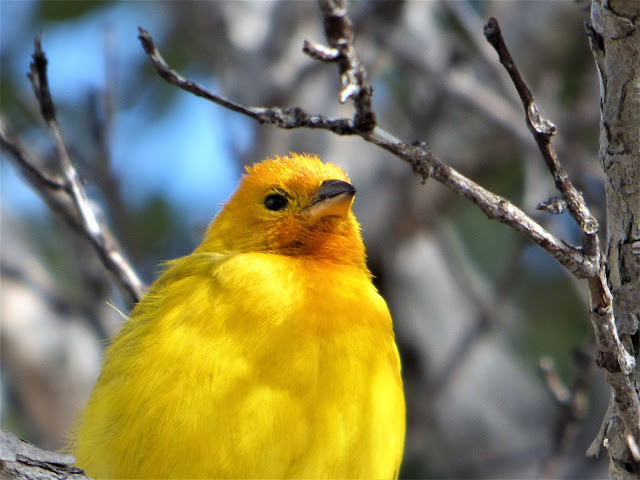 I'm continuing our discussion of the invasive birds of Hawai'i. Some have more or less replaced those species that have gone extinct, but others are helping prompt the extinction of the few that are left. It's a mixed bag with no easy answers. What one can say is that many of the invasives are beautiful birds. That makes sense, as many of them were caged pets that were released or escaped into the wild. 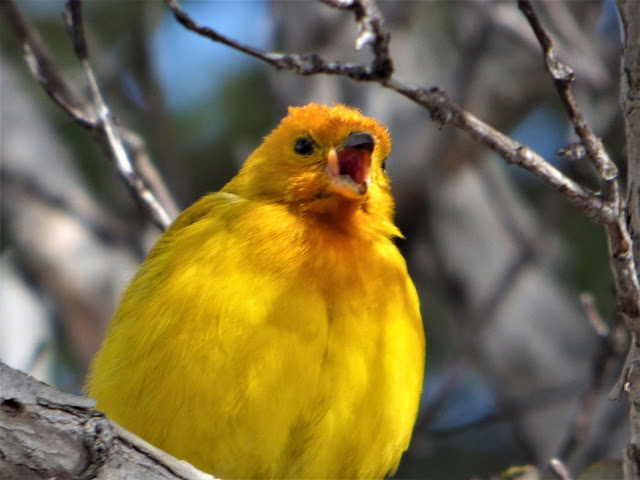 That's probably the story with the Saffron Finch (Sicalis flaveola), a member of the Tanager family. They are native to South America, and were popular cage birds. They first appeared on Diamond Head in 1965 and spread throughout Oahu. They appeared on the Big Island about the same time and spread across the lowlands. They've ranged into higher elevations and by 2000 they were noted in the village of Volcano next to Hawai'i Volcanoes National Park. That's where I saw them on one of my first trips to the islands in 2002. When I was there last month, they were still living in the same trees adjacent to the Hawai'i Volcanoes Observatory. I've previous posted on some I saw last year on the coast north of Kona. 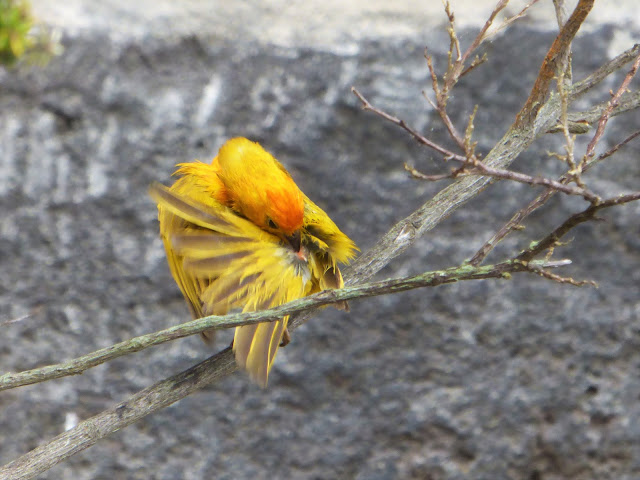 At the end of the day we returned to the observatory in the midst of a rainstorm. It was still in the same set of trees, and was busy preening. They add a real splash of color to the scene, but their effect on the native birds is not well-known. It's probably not too serious, as they are generally a lowland bird, but I could be wrong. 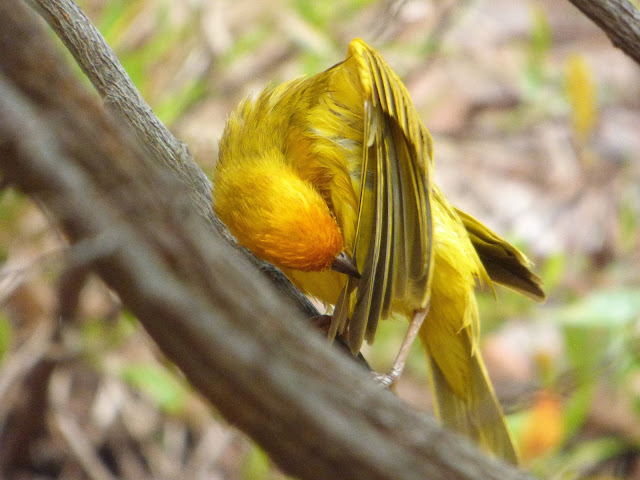