A Northern Cardinal...in Hawai'i? The Very Definition of Non-native Species 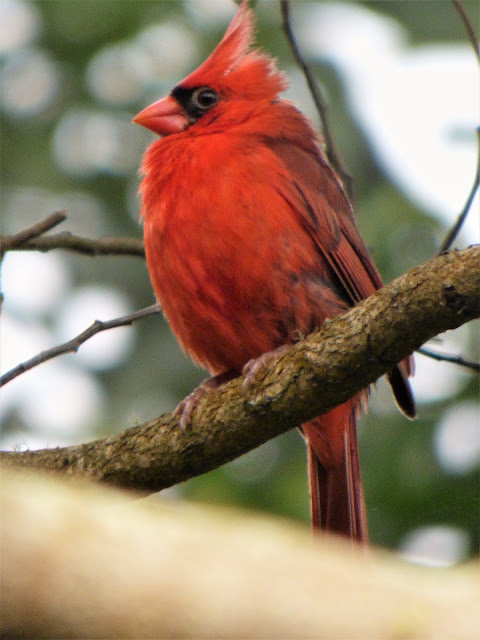 So...you're walking down a tree-lined street in St. Louis, Missouri, and you see a flash of red in the branches. It's a Northern Cardinal (Cardinalis cardinalis)! You could have the same experience walking through the desert around Phoenix, Arizona. You see them on sports monograms. It's all normal stuff if you live in such places. That's where the bird occurs naturally. 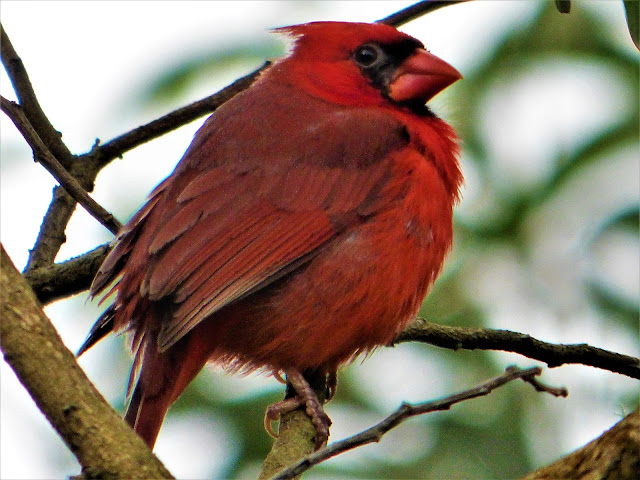 But what if you are walking through an ancient kipuka (an island of unburnt vegetation within a lava flow) on the Big Island of Hawai'i? Well, that becomes strange. What is a bird of the eastern US hardwood forests and the desert southwest doing on an island more than 2,000 miles from the mainland? In the last few posts I've been exploring some of the non-native bird species of the islands, and how they have upended the original ecosystem. The alterations and changes began more than a thousand years ago, but the rate of change increased exponentially after European colonization of the islands. New bird species were purposely brought to the islands more than 150 years ago, and they brought new diseases that the natives had no resistance to. Bird species continued to be introduced throughout the 1900s, sometimes as cage releases of pets, but sometimes on purpose. The Northern Cardinals arrived about 1928, and they spread quickly to all of the main islands, and many of the minor islands as well. 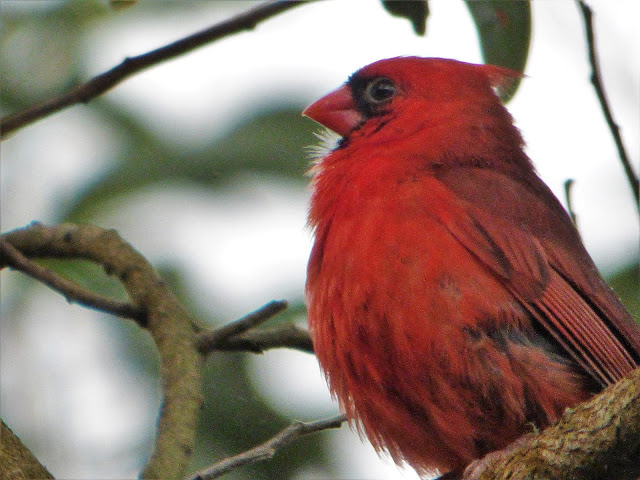 It's always a shock to see a Northern Cardinal flitting through the rainforest. The bright red color really stands out against the vegetation. I saw this individual in a tree no more than 30 feet or so from the trail I was walking through the kipuka. Kipuka Puaulu is a unique place, an ancient forest of Ohia and Koa trees that managed to miss being overrun by a fairly recent basalt flow from Mauna Loa. I recently told the story of this kipuka and one other, and to me the story is absolutely fascinating; it even includes what may be the rarest plant in the world (at least for the couple of years when none existed).

It's unclear the effect the cardinals might be having on the native birds. They spread farther and higher than some of the other introduced species. In the meantime, they are beautiful birds in a spectacular setting, even if it is far removed from the original home of the species. 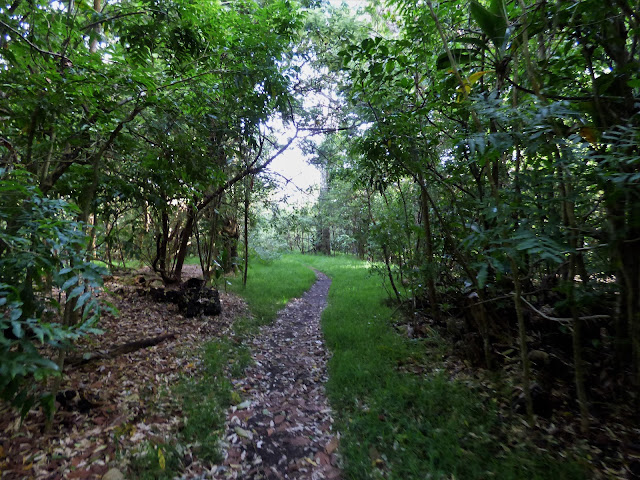