Japanese White-Eyes at Hawai'i Volcanoes National Park: Sometimes it's the Point of View 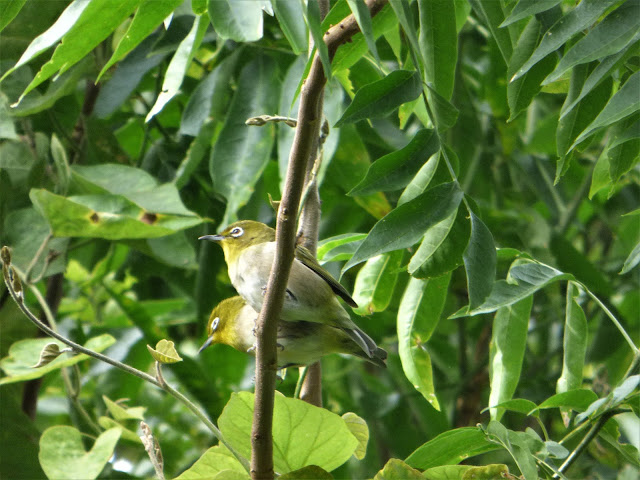 What's the most populous bird on the Hawaiian Islands? Visitors might suspect Mynas or Zebra Doves, given their ubiquitous presence in the tourist areas of the islands, but it's quite possibly this one, the Japanese White-eye (Zosterops japonicas). They are pretty little birds, but tend to be hard to see in the vegetation given their green color. There may be hundreds of thousands of them on the islands, and they can be found from sea level to 9,000 feet, and in both dry and wet forests. 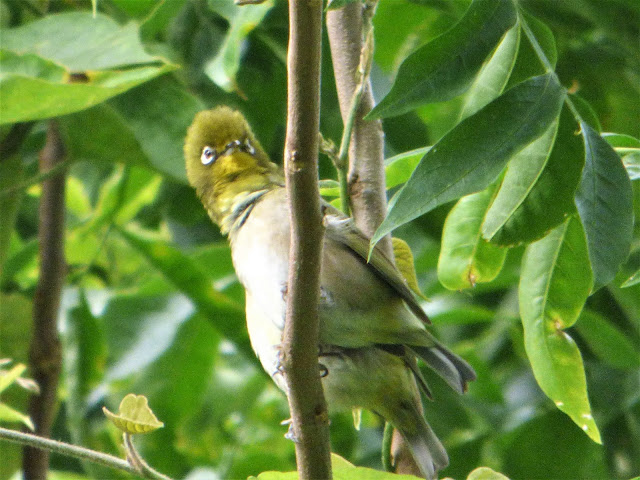 It would be nice if they were one of the native species of the islands, but alas they are not. They were introduced in the late 1920s to help in agricultural pest control, but in a sense they themselves became pests. They may be a vector in spreading avian diseases, and they have been documented exploiting food sources in the higher altitude forests at the expense of native species.

Still, as with many of these invasive species, they are colorful and fun to watch. I saw this pair while walking through the "Bird Kipuka" (Kipuka Puaulu) in Hawai'i Volcanoes National Park on the Big Island. My previous post on the species had the better pictures (see it here), but this pair was doing something that was unusual looking. It appeared that one was grooming or picking lice off the other. I don't know for sure, but I'm sure there's someone out there who can tell me what they are doing. 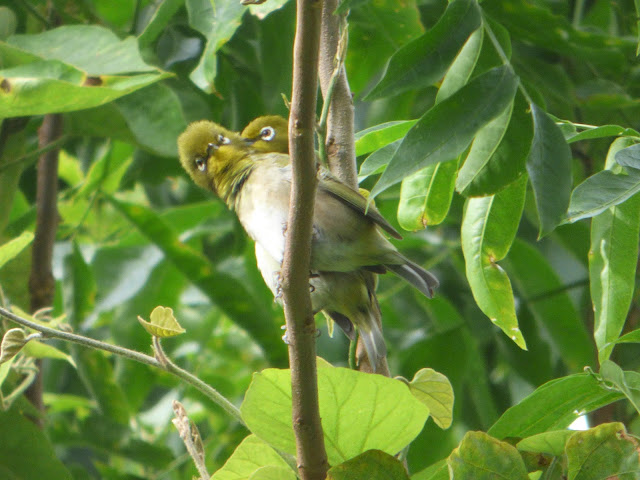 I shot a short video to provide some more context. Enjoy!