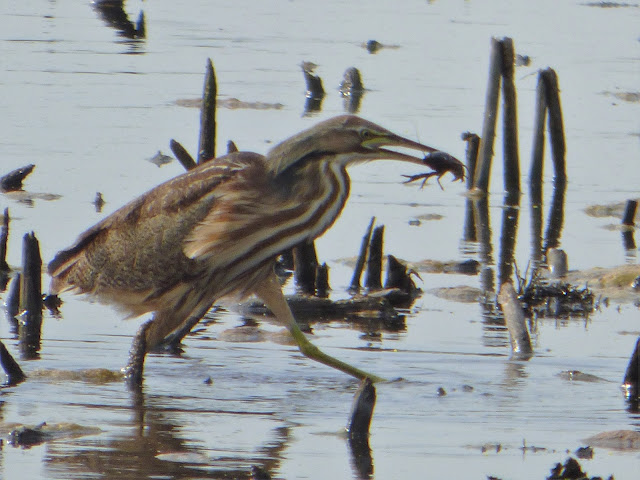 There are lots of birds out there that are reasonably common, but for one reason or another I haven't seen a fair number of them yet. The American Bittern (Botaurus lentiginosus) is an example. They are reasonably abundant in the wetlands of the Great Valley, but they are also solitary and secretive in their habits. 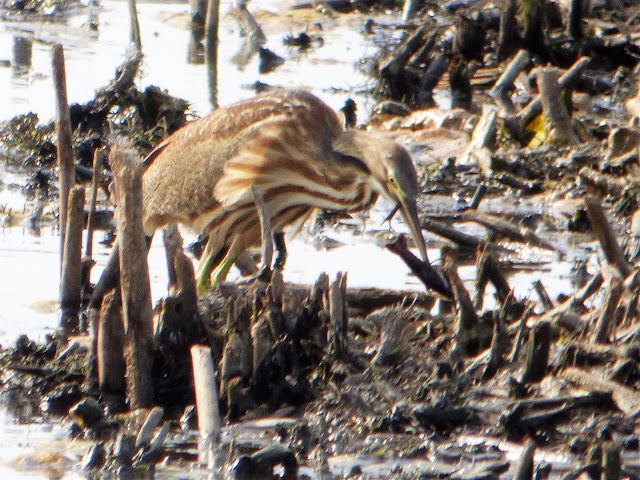 We've been exploring our local refuges for a few years now, and on Thursday we were following the Waterfowl Auto Tour at the San Luis National Wildlife Refuge. I spotted a large bird who was too busy concentrating on dinner to run and hide as we drove by. I almost missed it entirely, as its colors blended in so well with the vegetation. I got the camera in position quickly enough to see the evening's dinner menu: crawdad. It swallowed the thing whole. 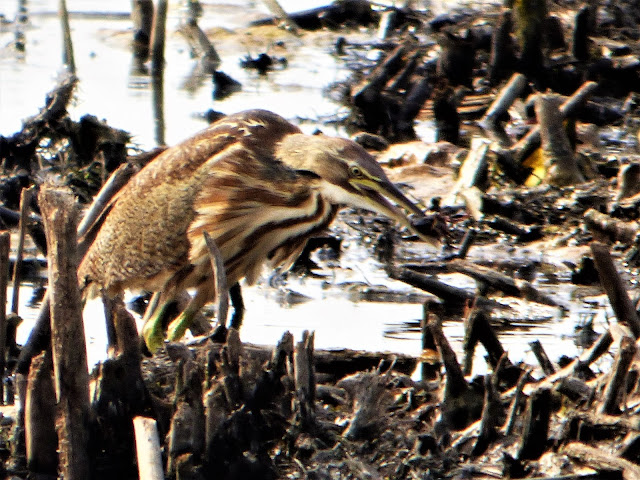 It shook off any remainders, and we moved on. I thought I had been watching a juvenile Black-crowned Night Heron. It wasn't until I was working with the pictures later on that I realized I had spied a new bird for my list. Next time I'll make sure the pictures are sharper! 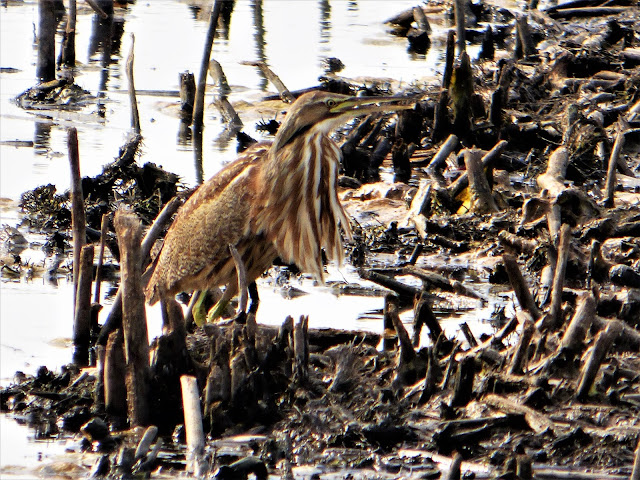