‘Alae ‘Ula in the Waimea Valley of Oahu 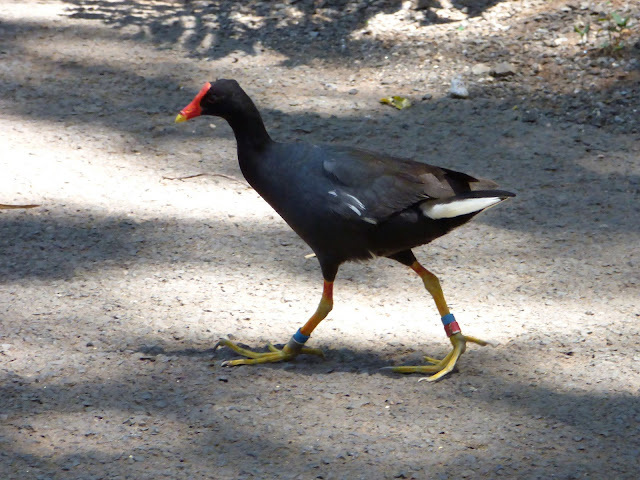 What, you may ask, was the rarest bird that I saw on my recent sojourn on the Hawaiian Islands? It was most likely this one, the 'Alae 'Ula, or the Hawaiian Gallinule (Gallinula chloropus sandvicensis). It is considered to be a subspecies of the Common Gallinule of the Americas. Endemic to Hawai'i, and found today only on Kauai and Oahu, there are probably no more than 750 individuals in existence. It is most definitely considered an endangered species. 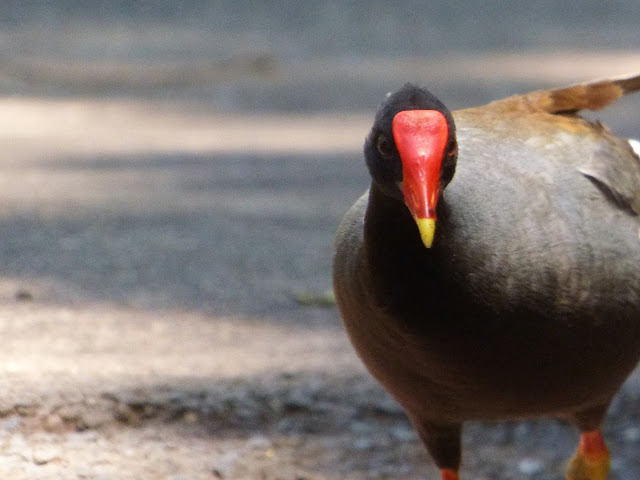 The problem for the 'Alae 'Ula is that it is primarily a denizen of freshwater marshes, and of all environments in the Hawaiian Islands, these are perhaps the most completely altered by development and human incursions. It didn't help that it was the size of a small chicken and was hunted for food. It disappeared completely from the Big Island and Molokai, and reintroduction efforts failed. At one time it is thought that only 57 individuals remained. 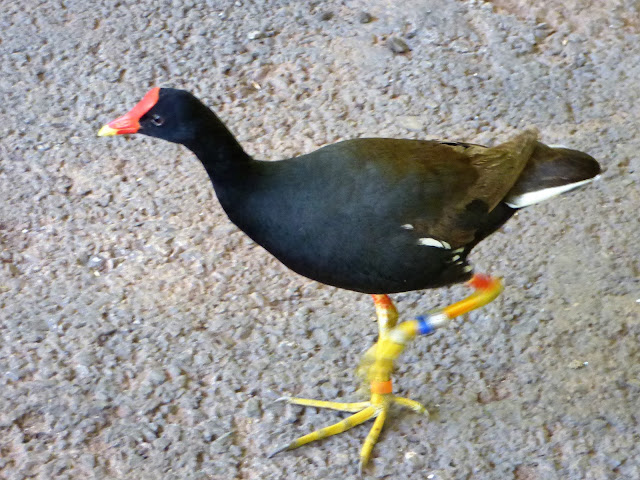 They are usually rather secretive, but at Waimea Valley on Oahu there are several individuals who are used to crowds of people, and one or two wandered by while we waited at the entrance to the botanical gardens. It's always a good clue that a bird is endangered when it has a variety of leg bands. 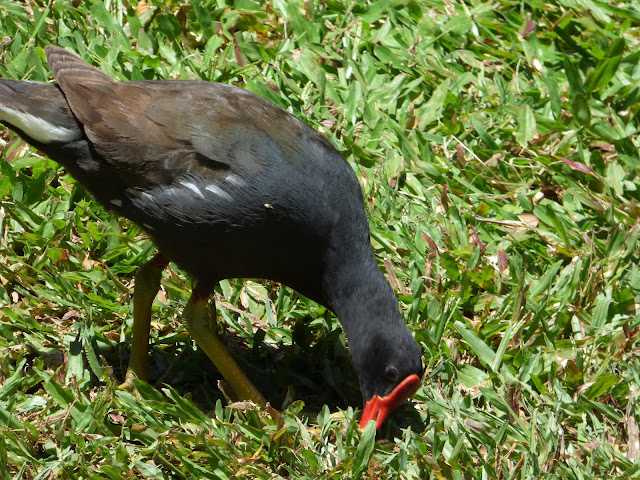 The bird plays an important in Hawaiian mythology, being regarded as a deity that brought fire to the humans (the red shield is considered to have been caused by the scorching of the flames). Hearing one call at night was considered a bad omen.
Posted by Garry Hayes at 10:18 PM