‘Amakihi, One of the Hawaiian Honeycreepers, at Hawai'i Volcanoes National Park 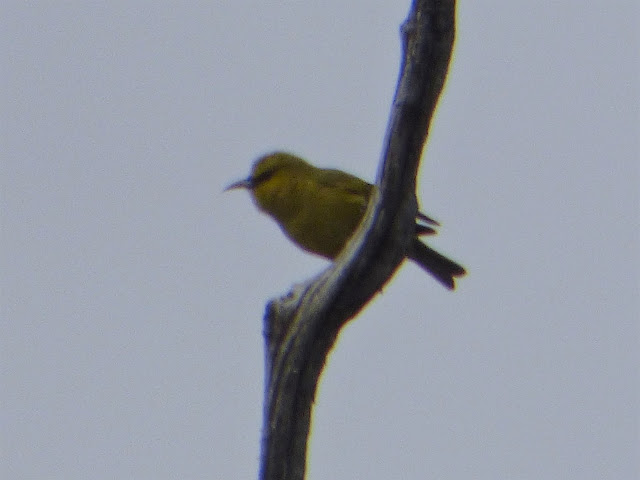 I'm making no claims whatsoever that these pictures are up to my own basic standards, but to paraphrase Donald Rumsfeld's statements about armies, "As you know, you blog with the bird pictures you have. They're not the bird pictures you might want or wish to have at a later time." And these are the only ones I have of one of the unique Honeycreeper species of the Hawaiian Islands, the Hawai'i ‘Amakihi (Chlorodrepanis virens). They don't have the bright red color of the 'apanane, and thus aren't as obvious to me in the field. Their olive-green color is also very similar to the Japanese White-Eye, so I'm sure I've missed a few in the past. 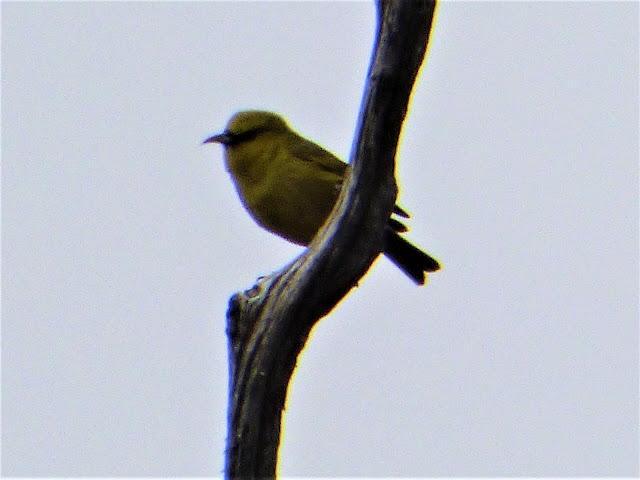 There are populations of the 'Amakihi on the islands of Hawai'i, Molokai, and Maui, and they were considered subspecies, but recent genetic studies have caused them to be classified as separate species. They are common because they can survive in habitats ranging from sea level to 8,000 feet, and they have shown somewhat more resistance to avian malaria that has wiped out so many other species. Along with the 'Apanane, they are considered to be the least endangered of the remaining Hawaiian Honeycreepers (they evolved into around four dozen species in Hawaii, but only a third of them have survived to the modern day). 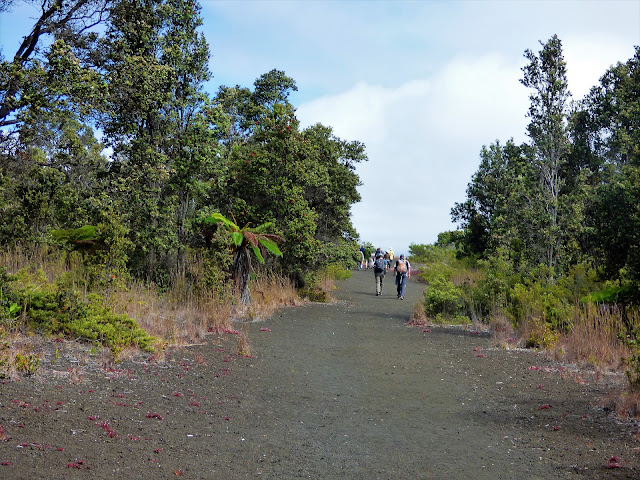 I saw the bird along the Byron Ledge trail near Kilauea Iki near the summit of the Kilauea volcano in Hawaiian Volcanoes National Park on the Big Island. It was perched in the upper branches of a dead Ohia tree (they often feed on the nectar of the flowers).
Posted by Garry Hayes at 10:45 PM