Greater Yellowlegs along the Tuolumne River 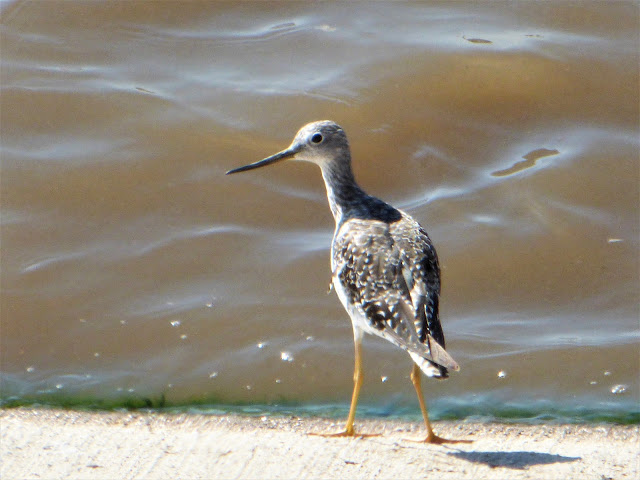 Non-birding types of people (i.e. "normal folks") are often not aware that some of the best birding localities to be found in arid regions are...water treatment plants. Many such places expect, and even encourage birding, and birders get a chance to see dozens of species of shorebirds. The reason is pretty clear: the water treatment plants provide a secure source of water despite the dry conditions. It sounds gross perhaps, but by the time the water is in those ponds, it's already in a relatively clean state.

The best treatment plants for birding are those for larger towns, and that kind of leaves me out most of the time. My town is pretty small, so the treatment plant is small as well, and is situated next to the Tuolumne River, so it's not the only water source. I don't tend to see a great many birds there, but several shorebirds call it home. I saw several of them a few weeks ago, some Great Yellowlegs (Tringa melanoleuca).

The Yellowlegs (Greater and Lesser) can be seen at one time or another across the entire American continent, north and south. They tend to winter in the south, and breed in the muskeg of Canada, which makes them hard to study...the muskeg swamps and their bugs are a great place for the birds, but miserable and impassable to humans. 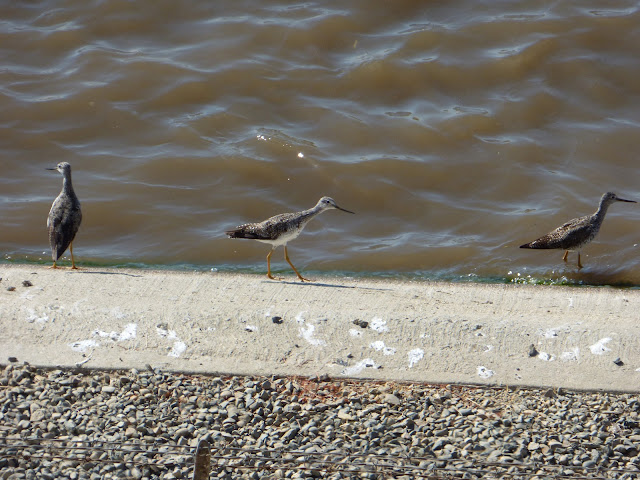