It's Back! Or it Never Left...Hooded Oriole on the Tuolumne River 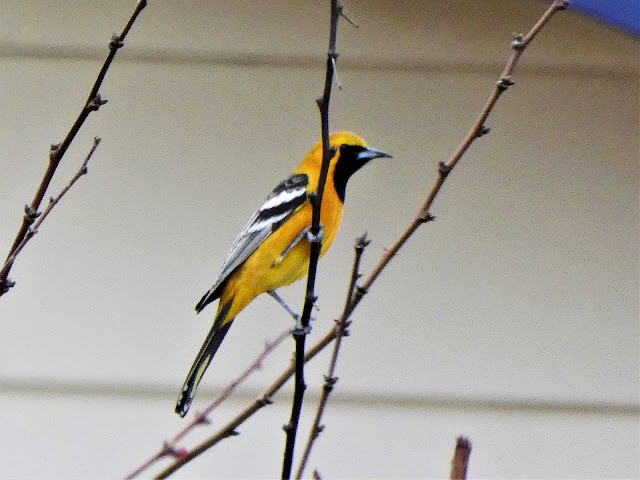 Hooded Orioles (Icterus cucullatus) are beautiful birds that winter in the tropics and visit our region for the spring and summer, adding a bright splash of color to our river environment. There is a set of palm trees where they nested for at least the last two years, and I was delighted every time I spied one of them during my walks.

So it was that last December 4, and again on December 11 I saw a male and female in the palm trees, at a time when only three Hooded Orioles were known to be anywhere in the entire state of California. It was a shock, but then I didn't see them again all through January and most of February. At least until today. I actually searched the palms pretty carefully hoping the orioles were still around with no luck, but then mere moments later I saw the male on a tree in a backyard just down the street. It stayed still long enough for pictures, and then as it flew off I thought I saw a second one, but I couldn't be sure.

These could be super early spring migrants, but I suspect these are the same birds I saw in December, and that they stayed in the region. But if they did stay, they hid well because I watched for them every day as I walked the trail. 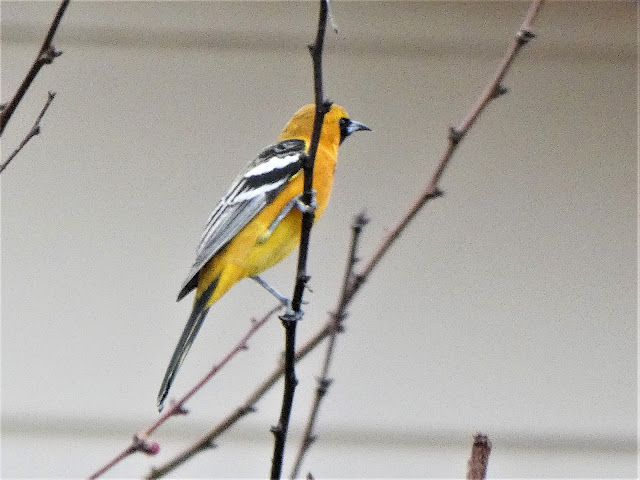