An Irruption of Red-breasted Nuthatches in Modesto 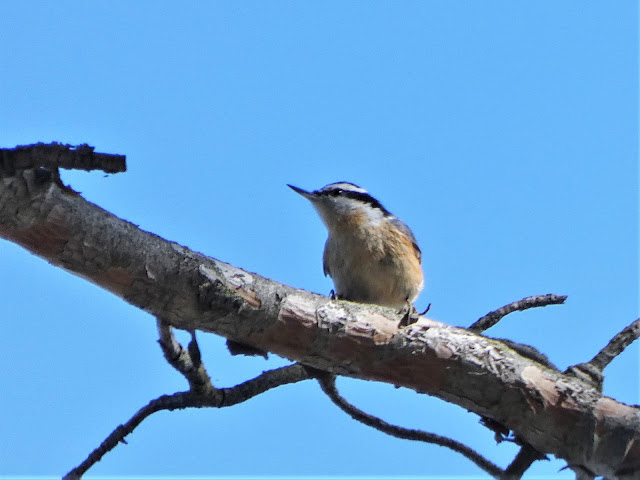 Well, maybe or maybe not. Irruption is not a terrible geologist misspelling of what volcanoes do, but is instead the rapid migration of a group of birds into an area where they are not commonly seen. They can be caused by many factors, most notably a seed or cone failure in areas where the birds normally range. Several birders in our county (Stanislaus) have noted a relative increase in sightings of Red-breasted Nuthatches (Sitta canadensis), which I can confirm because I actually saw one for myself this week on the campus at Modesto Junior College. Looking at the eBird map of Red-breasted Nuthatch sights this year does show a cluster of sightings in the town of Modesto.

The Red-breasted Nuthatches are pretty little birds, and I am thrilled every time I'm privileged to see one. They are found all over the United States and Canada, but they tend to prefer conifer forests of the north, and large-scale irruptions may involve many thousands of the birds invading the southern states. Ours probably are originating in the Sierra Nevada, and I suspect that when they invade our valley habitat, they are expressing a preference for the conifers that are often used for landscaping in our city environments.

In any case, this is the second time I've seen this individual in a week, high up in a pine tree next to the sheep enclosure on our west campus. Today was the first time I was able to catch a clear shot. 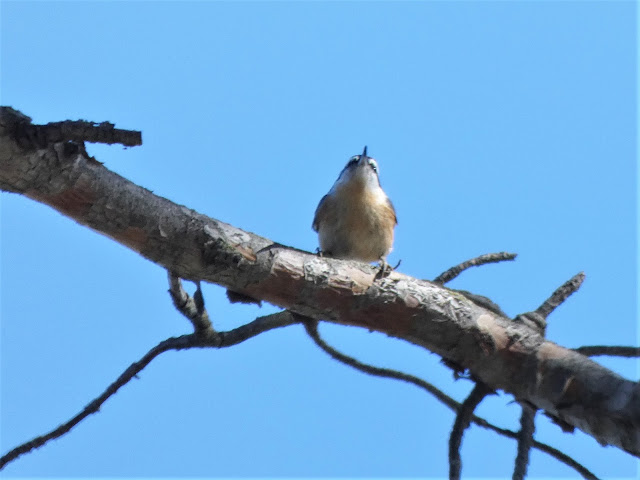