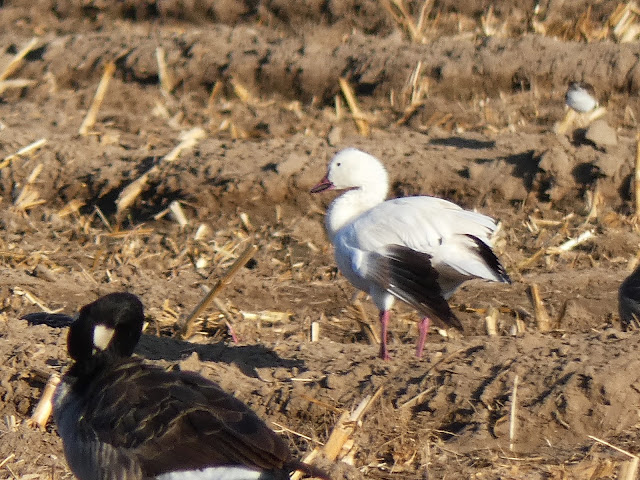 One thing about the fall migration of Arctic geese into our region: when they are here, the geese tend to lose their individuality. There are tens of thousands of them, all looking alike. It's a spectacular sight to see tens of thousands of geese taking off all at once with the beating wings sounding like a jet plane. But the individuals don't ever stand out in the massive crowds. 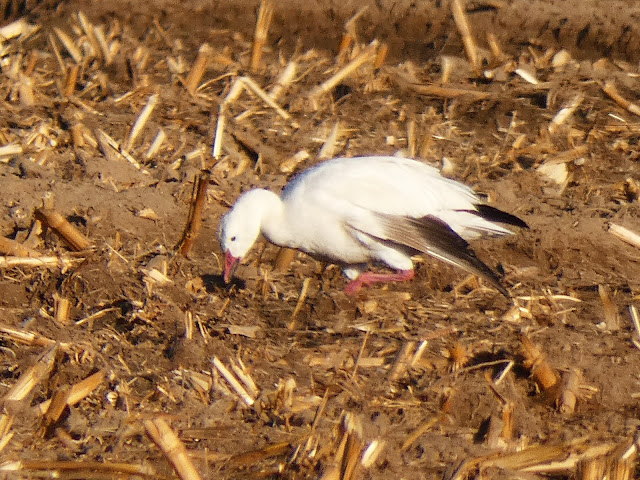 But for a few days in the early fall, there is a moment when the first vanguards of the vast flocks begin to arrive, and for those few short moments, the individual birds, the first pioneers stand out. That was the happy circumstance this morning when I started my walk on the Tuolumne Parkway Trail. There is a big cornfield adjacent to the parking area of the west trailhead, and a week or two ago they harvested the corn and chopped up the stalks. That's goose paradise. The Canada Geese have been hanging out in large numbers and so I wasn't surprised to see nearly a hundred of them this morning. But one of them was white, and that wasn't normal.

I got the camera out and had a closer look. It took only a moment to see the red legs and pink beak that proved the bird was a Snow Goose (Chen caerulescens). I noticed it was holding its wing at an odd angle, making me wonder if it was injured in some way. If that was the case, it's possible this individual isn't a returning migrant, but instead was forced to stay behind last spring. I did notice that when I came by again 90 minutes later, all the birds were gone, so maybe it was able to fly after all. 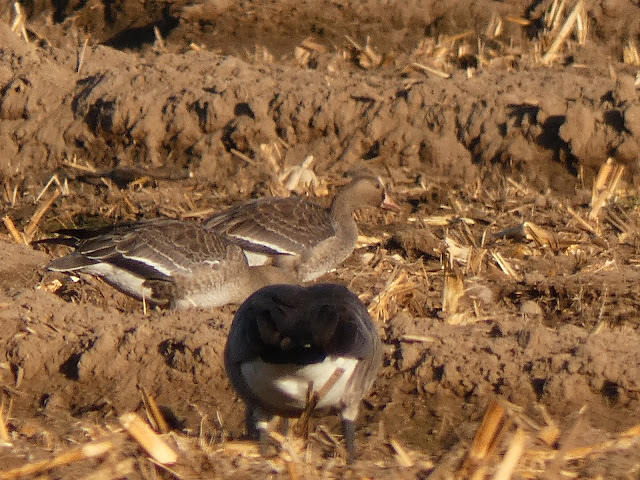 But while I was scanning the flock I noticed a pair of other birds that didn't fit. They looked like Greater White-fronted Geese (Anser albifrons) at first glance, but they seemed to lack the distinctive coloration on their breasts. I got pictures and checked the books and realized I had found a pair of juvenile Greater White-fronted Geese, who lack the distinctive streaking. 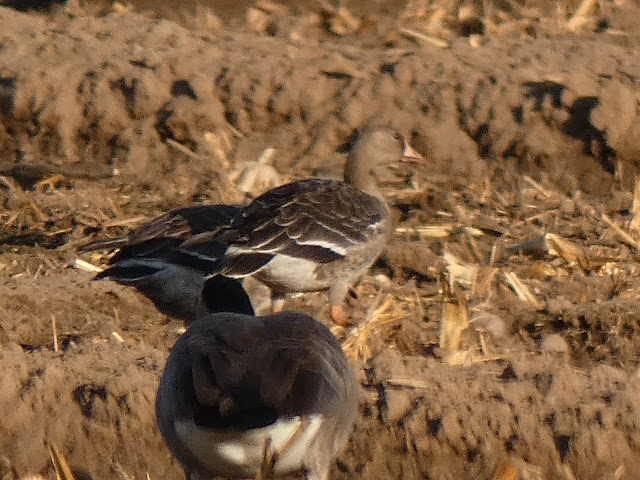 You can come looking for them if you want to see them, but be reassured that in a few short weeks there will be tens of thousands of them arriving as winter approaches. Our local bird refuges will be spectacular!