A New Bird on the Tuolumne Parkway Trail: A Red-Breasted Sapsucker 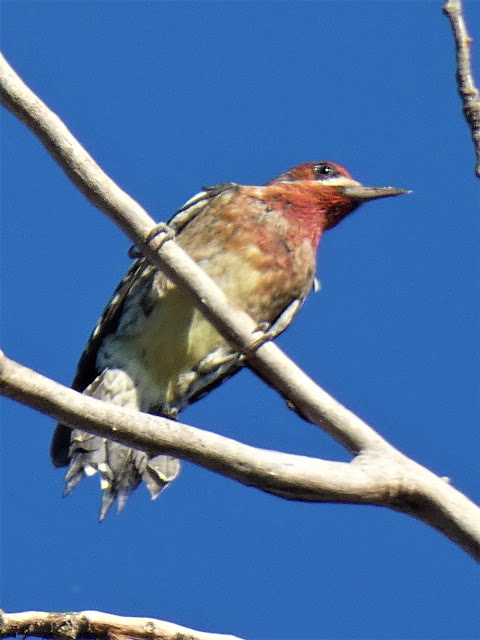 Every walk is a potential discovery, and you never know when it will happen. I've been walking the Tuolumne River Parkway Trail around four times a week for the three years since it opened, carefully recording the bird species that live there. At the beginning I would never have suspected that the total would exceed 100 species, but to date there have been 125 species recorded. After three years, discoveries of new species are rarer events, but they still happen. There were three new species seen during the summer. 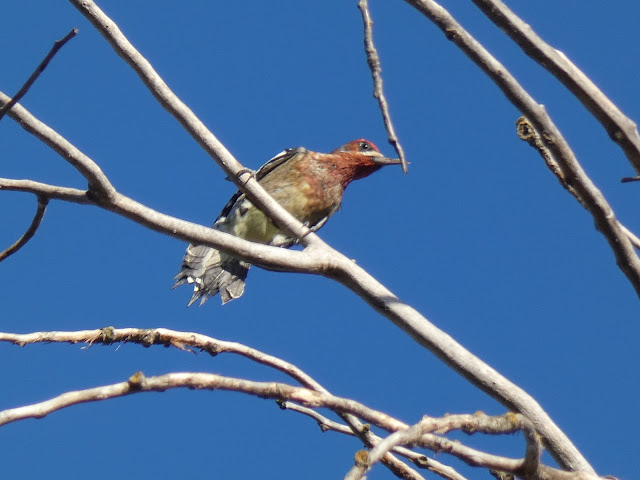 I was walking yesterday evening and the Acorn Woodpeckers and European Starlings were in their normal places on the two dead cottonwood trees near the west end of the trail. The birds often squabble among themselves and chase around the branches, and I almost walked on, but the coloration on one of the birds seemed off. I took out the camera and scanned and saw a woodpecker, but it wasn't the Acorn variety. It was a Red-breasted Sapsucker (Sphyrapicus ruber). 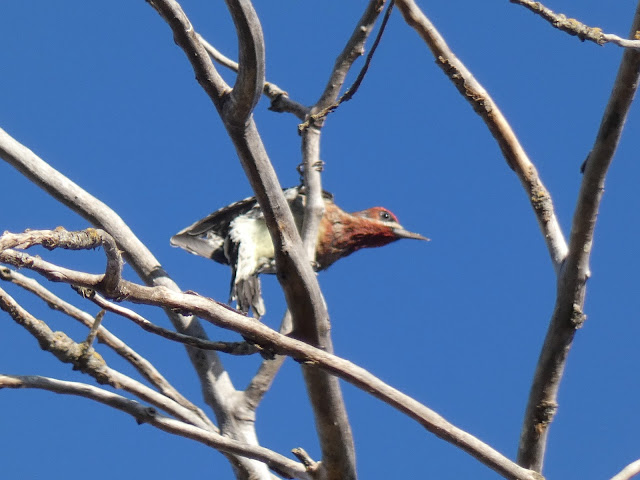 The Red-breasted Sapsucker isn't a totally unexpected sight in the valley. I've seen one at Modesto Junior College, and another at CSU Stanislaus. But there have only been five sightings of the bird in the county so far this year.

The Tuolumne Parkway Trail runs for two miles along the river where it flows from the Sierra Nevada foothills into the Great Valley at Waterford. The trail, with an eighty foot stairway, has become a popular exercise spot for the community, with some fine fishing as well. But it is also a marvelous place for birds! 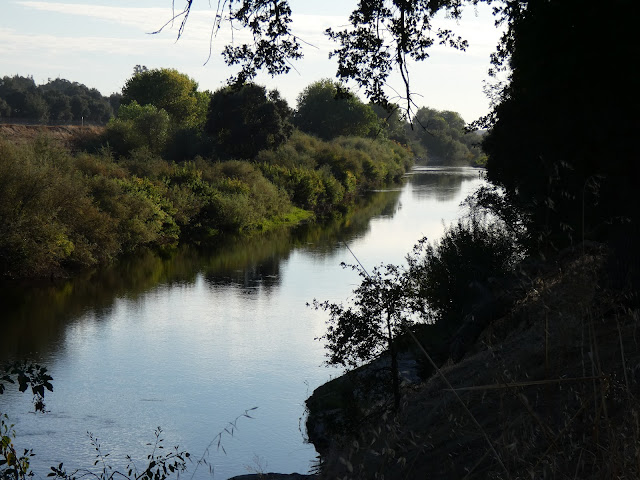