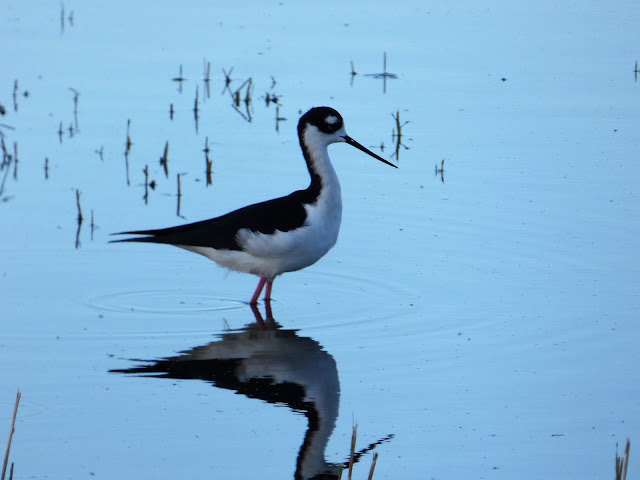 The Black-necked Stilt (Himantopus mexicanus) is more of a tropical species. Their primary range is across Mexico and Central America, but during the summer they migrate into the United States to breed, mostly in the western states. 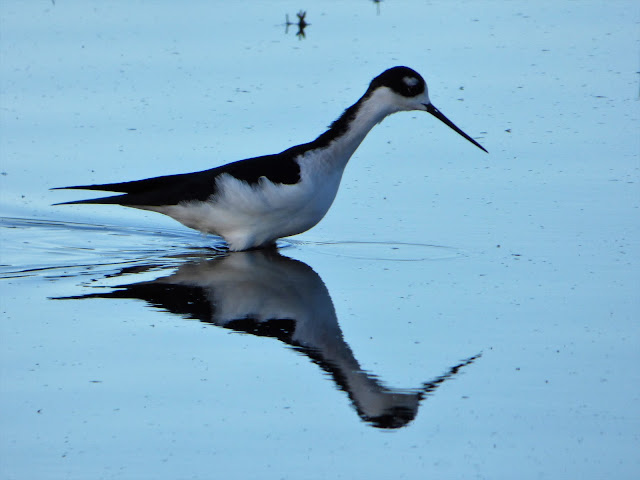 But California is different, of course, and our valley hosts a permanent year-round population, the northernmost in the country. So we were able to tour the Merced National Wildlife Refuge a few weeks back, and got to enjoy watching dozens of them exploring the shallows of the ponds that have been filled in preparation for the arrival of the Snow and Ross's Geese. 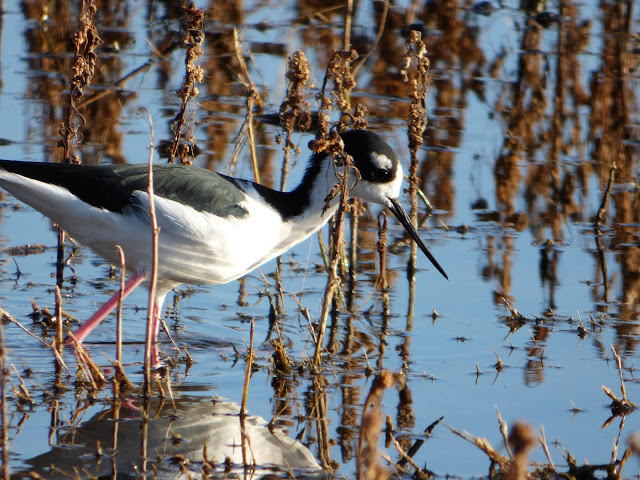 There are a number of subspecies of stilt, but the most interesting is the Ae'o (Himantopus mexicanus knudseni). Why? Because it lives in the Hawaiian Islands, 2,000 miles from any other populations. A few somehow made it across the ocean and survived in the strange new environment of the islands. Most stilt populations are stable and doing well, but the Ae'o is threatened because most of the Hawaiian freshwater marshes have been co-opted by development for agriculture or urban expansion (see a picture of one at the end of this post). 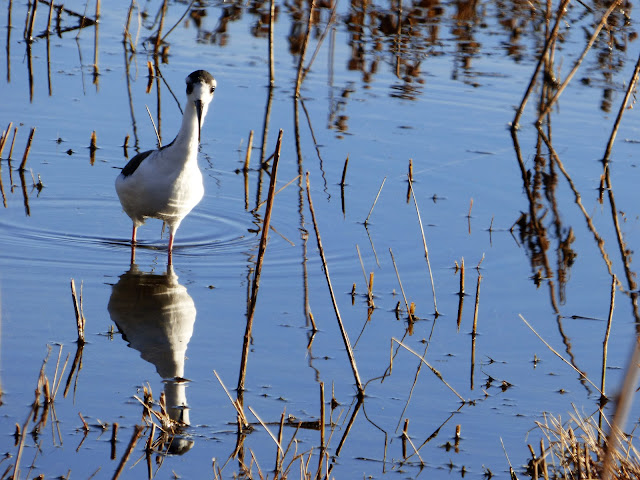 Put simply, the Merced National Wildlife Refuge is a marvelous place to see all manner of birds at all times of the year. It is a real treasure in our midst and yet is rarely crowded. If you are ever in our region, it is worth a look, especially in coming weeks as the geese arrive by the tens of thousands. 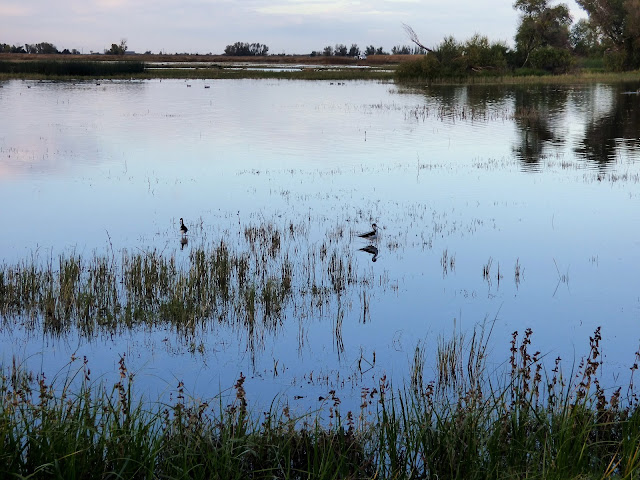