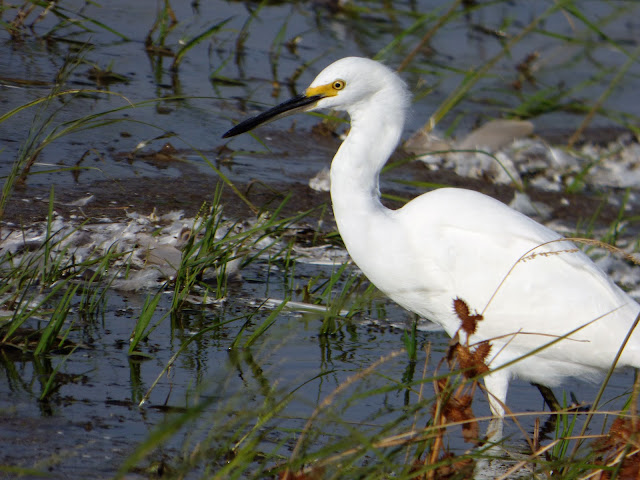 One of the most beautiful birds to be found in our area (and one of my favorite blog subjects) is the Snowy Egret (Egretta thula). There is one that hangs outside my office at CSU Stanislaus and which is accustomed enough to humans to allow some fairly close shots. 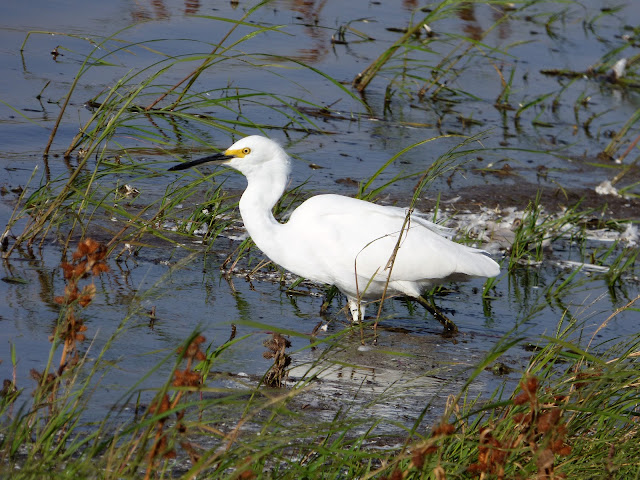 They are a bit more cautious at the Merced National Wildlife Refuge. They tend to fly off when our car approaches them on the auto-tour, but this pair didn't seem to care too much. It was a pretty quiet day, with few people wanting to put up with the windy conditions (that didn't stop us, of course). 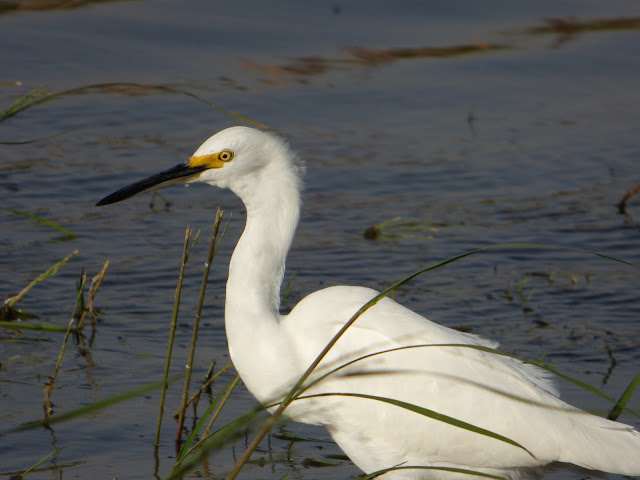 These egrets are lucky to still exist. For a time a century ago, their feathers were worth twice as much as gold, ounce for ounce. They were used in hats and fashion ensembles. They were almost eradicated for this rather stupid reason (beavers would probably sympathize). Efforts to protect the species early in the 1900s were among the first of conservation laws in the United States. 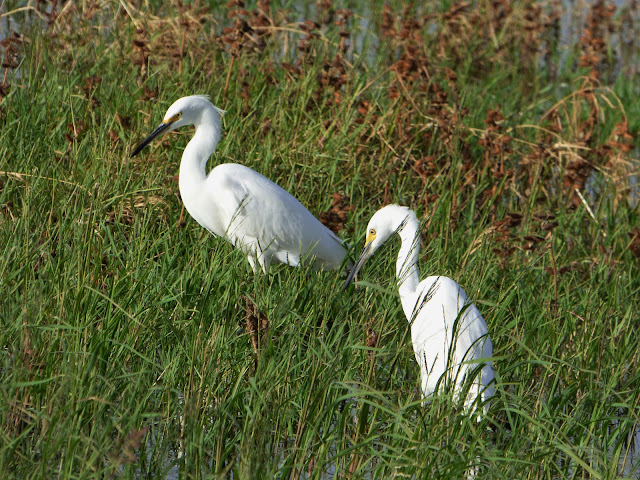