Horned Lark on the California Prairie (what's left of it, anyway) 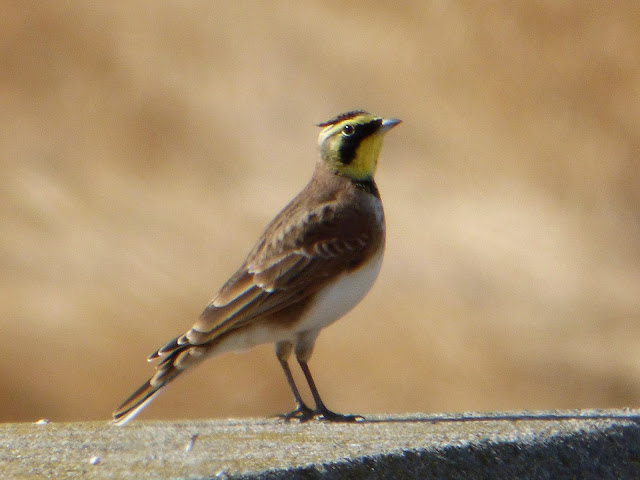 Although I no doubt had seen them, I didn't recognize Horned Larks (Eremophila alpestris) until early last year during my travels through the remaining prairies of Central California. At a distance I mistook them for Meadowlarks. I was on a work errand in the Sierra Nevada foothills a few days ago, helping to select rocks (well, really giant boulders) that will become part of our Outdoor Education Laboratory next to our Science Center. I was near Knights Ferry and Willms Road, so I took ten minutes to check out the prairie off to the south. It didn't take long to find a few of the Horned Larks (and some Meadowlarks too). 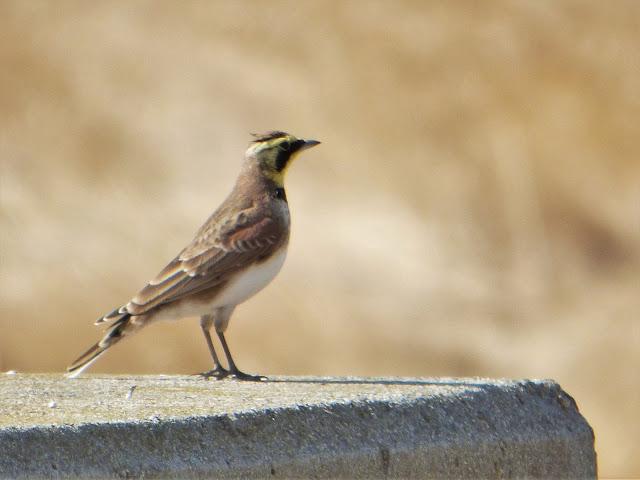 The birds have declined in the last few decades, to only about 30% of their former population. There are probably plenty of factors, but humans are behind most of them. The biggest factor is probably loss of habitat as more and more prairie is plowed under in service to nut orchards (in our area at least), and the essentially unrestrained use of pesticides that has caused the insect population on our planet to plummet drastically (recent reports suggest that 70-80% of bugs have disappeared in recent decades). There's the cliché of the canary in the coal mine to describe the harbinger of things to come, but a new version would be the disappearing Larks of the prairie.

I've been kind of depressed lately that we really have arrived at the Silent Spring that Rachel Carson wrote about half a century ago.