An Oak Titmouse, the Quintessential California Bird, in my Backyard 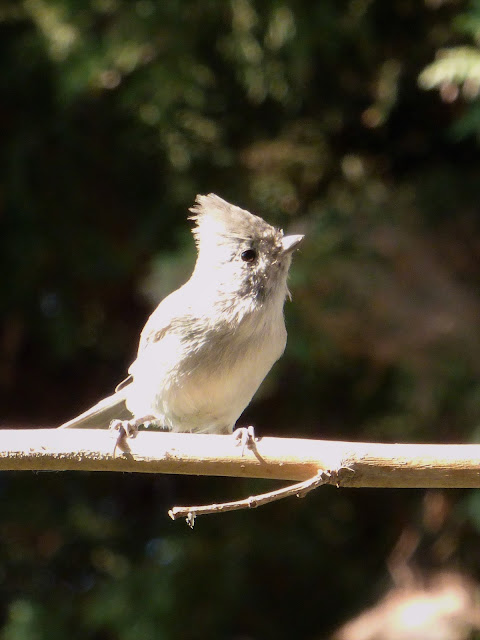 I don't report on birds from my backyard very often. I have several feeders, but for the most part they attract California Scrub Jays, House Finches and European (House) Sparrows. But once in awhile a more unusual bird will show up. The White Crowned Sparrows have arrived on their fall migration, for instance, and today there was a Black Phoebe in the yard, which I've only seen there once before. But the other bird was a surprise, because I've never seen one here ever: an Oak Titmouse (Baeolophus inornatus).

It was fairly cautious, waiting until the other birds left the feeder, and quickly grabbing a bit and then retreating to the Mulberry tree. It came back four times, and I tried to be ready, but only got these couple of slightly overexposed shots. I'll have to spend more time back there "relaxing". 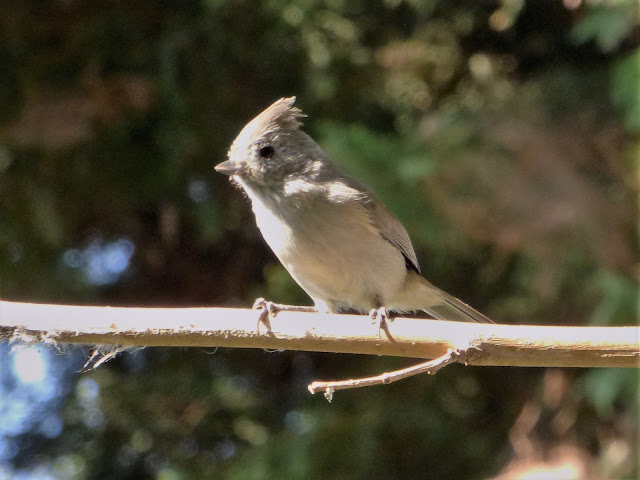 The Oak Titmouse is about as close as a bird can be to being a California endemic species without actually being one. Like the Acorn Woodpecker, it ranges through the California oak woodlands that extend from the northern edge of Baja California to the hills and mountains of southern Oregon. There is a closely related species in Nevada called the Juniper Titmouse. They were once considered to be a single species, but there are differences in their coloration, and also in their songs. They are almost completely isolated by the Sierra Nevada with only a small area of overlap in northwest corner of the state.