For Pi Day, A Pied-billed Grebe at the Merced National Wildlife Refuge 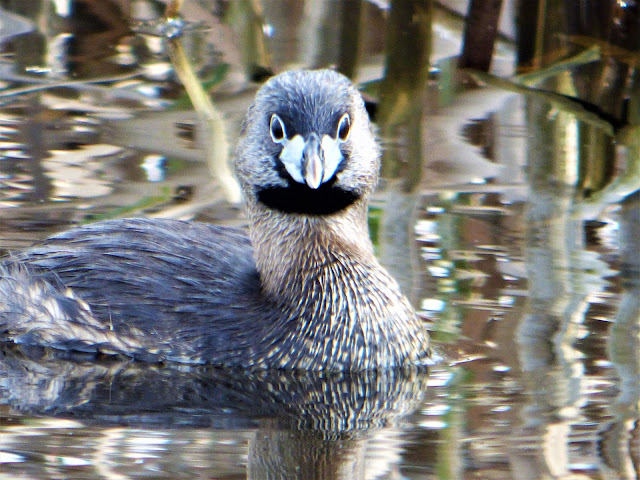 No, I wasn't original enough to think of this for myself (U.S. Fish and Wildlife got there ahead of me), but the Pied-billed Grebe (Podilymbus podiceps) was already scheduled as my next bird post, and 3/14, Pi Day, is the perfect day to do it. 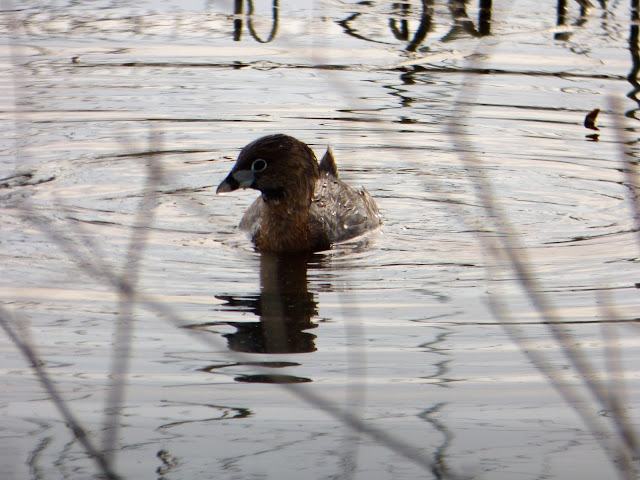 We were at the Merced National Wildlife Refuge on Friday, and it was delightful spring day, even though spring is technically still a week away. We saw several Pied-billed Grebes, but had a challenging time getting sharp pictures. They're described as "bird submarines", and it's true enough. At just the moment they would come into focus, they would suddenly disappear, and reappear someplace far away. 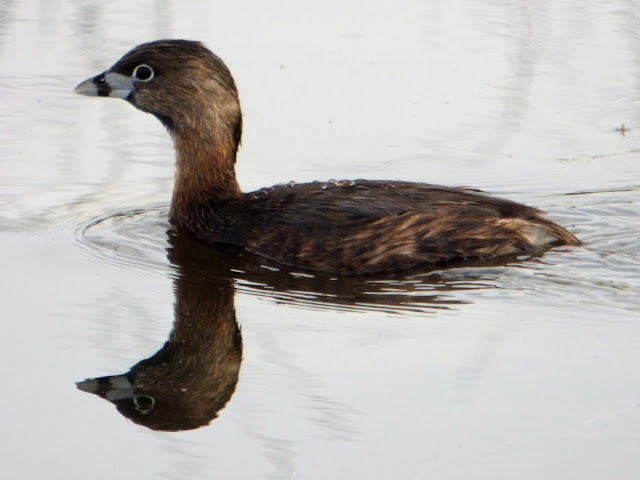 The desire to submerge makes a great deal of sense in most situations. Most of their predators, like hawks or eagles, are excellent flyers, and the grebes aren't. If they try to escape by flying they'll be picked off readily. In diving, they aren't as likely to be followed (all bets are off in alligator country, though). They are common birds, found in freshwater environments across North and South America. 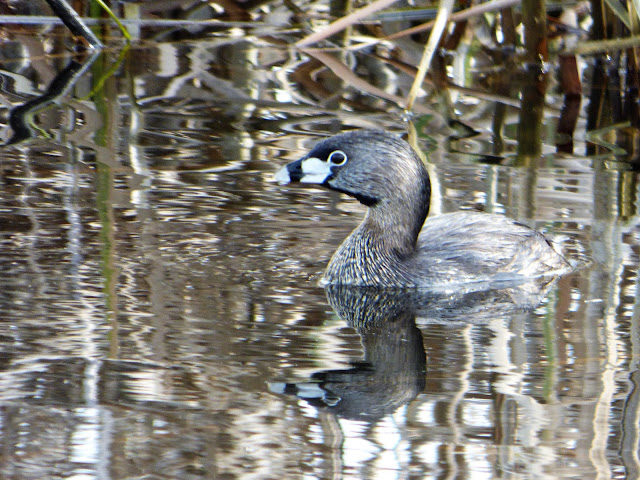 Have a great Pi Day! 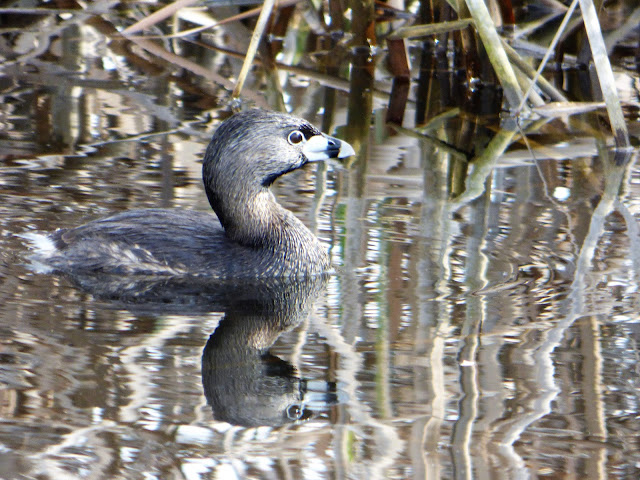