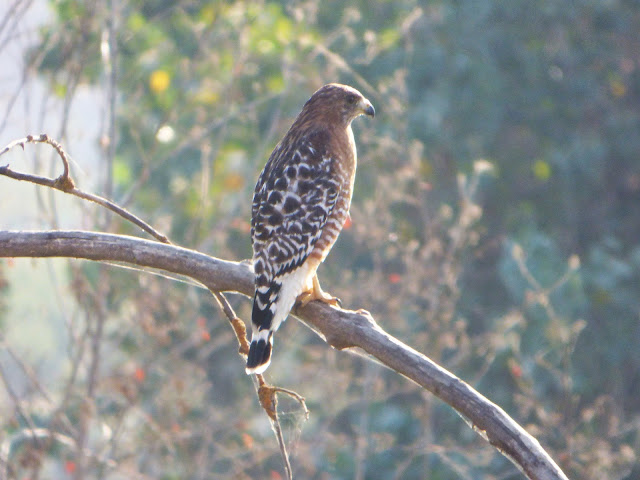 I haven't seen too many Red-shouldered Hawks (Buteo lineatus) of late. The last ones I got pictures of seem to have been in 2015, and the only one on the Tuolumne River Parkway Trail was a juvenile. So, maybe this is the same one, grown up now. I couldn't say. But it was a pleasant surprise to see it perched on the dead cottonwood tree below the water treatment plant. 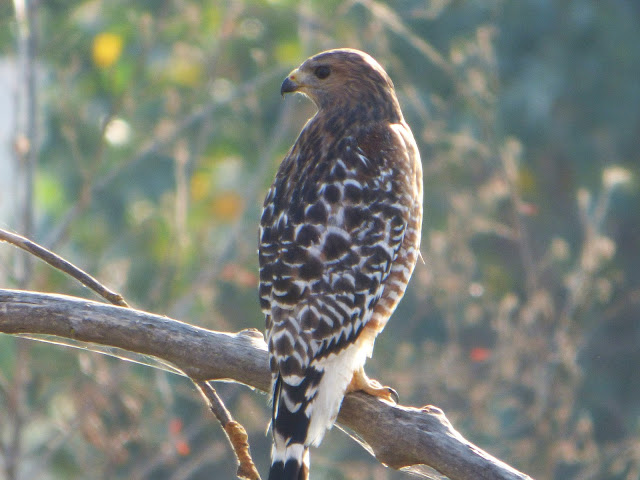 The Red-shouldered Hawks have a strange distribution. They are common and widespread across the eastern United States and eastern Mexico, and then there is a broad swath across the Midwest, the Rocky Mountains, and Great Basin where they are almost never seen. And then in California, they are common. The separation has produce evolutionary changes, with four distinctive subspecies in the east, and one in the west. 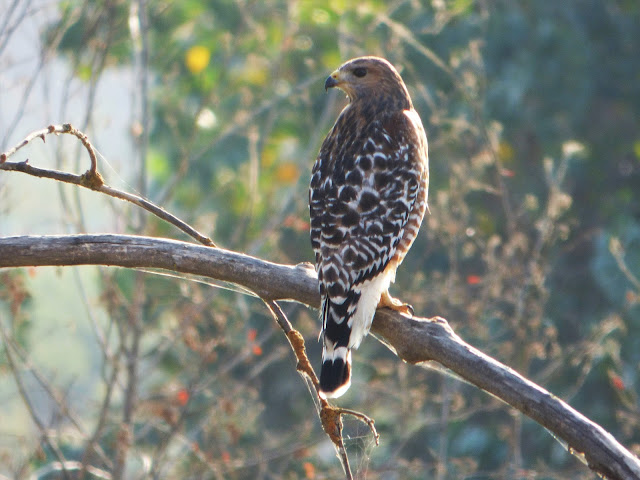 The Red-shouldered Hawks are territorial, and unlike many in the east who migrate with the seasons, they remain in California year-round. That obviously means I need to pay better attention if I want to see this one again. 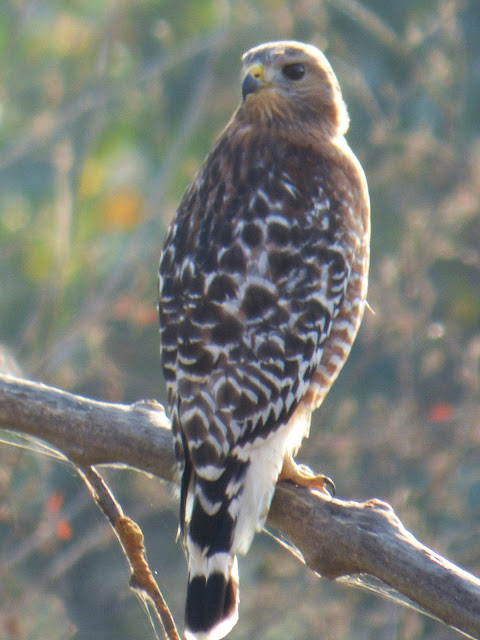