There's No Place Like Home: The Rufous Hummingbirds Arrive on the Tuolumne 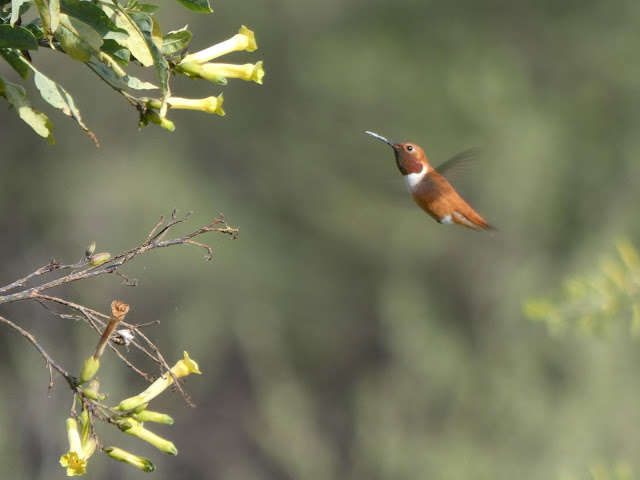 So here's the thing. I've been on a quest to find a Rufous Hummingbird (Selasphorus rufus). At this time they are in the middle of a truly epic migration. They are traveling from Mexico and Central America all the way to Canada and Alaska. They travel farther north than any other hummingbird, and for their size compared to miles traveled, they have the greatest migration of any bird (others travel farther, but they are bigger and are able to store more fat reserves for the long journey). What that means to us here in Stanislaus County is that we have a window of just a few weeks to see them as they pass through during the spring. 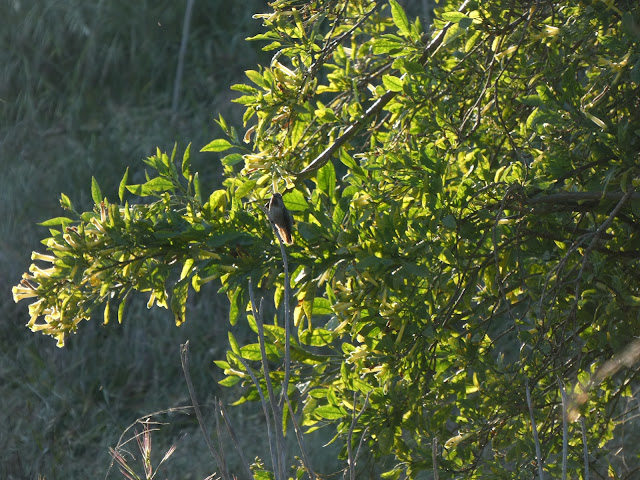 I have been scouring the Wild Tobacco shrubs that have proliferated along the Tuolumne River Parkway Trail for a couple of weeks now, and was thrilled to read that fellow nature blogger Siera Nystrom spied one on the trail on March 27 (check out her great blog here). It was only the second sighting in the entire county this year. On April first my quest continued and I was walking past one of the shrubs they love so much. I saw movement, and thought I saw a flash of gold, so I got the camera ready and got off a single shot before the bird flew off. I got home and downloaded the picture, enlarged it, played around with Photoshop, and finally decided that I might have seen the elusive bird.

Then Mrs. Geotripper called me off the computer, letting me know I promised to work in the garden in the backyard. And of course you know what happened... 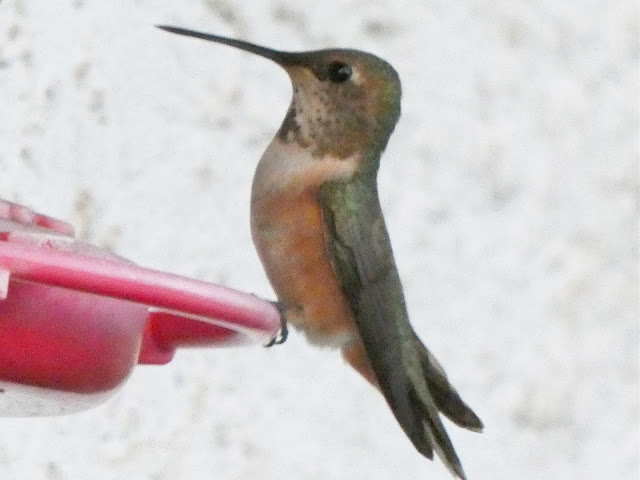 The bird buzzed right past my ear, took a drink at the hummingbird feeder, buzzed past my ear again, and landed in the Crepe Myrtle tree not ten feet from where I was standing. And it sat there for another five or ten minutes while I went indoors for the camera and came back to start snapping pictures. Of course it was a female Rufous Hummingbird. The only limitation was that the sun had set and it was a bit dark for photography. 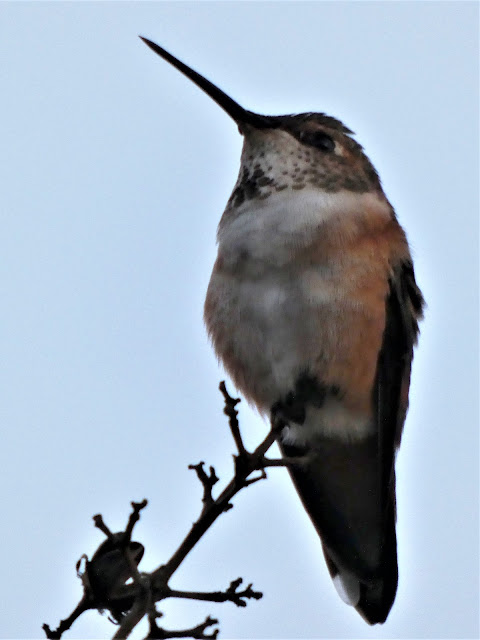 Like most birds, the female is the least-adorned. I was still hoping to catch a male somewhere, so the search continued at home and along the river. And today it happened. 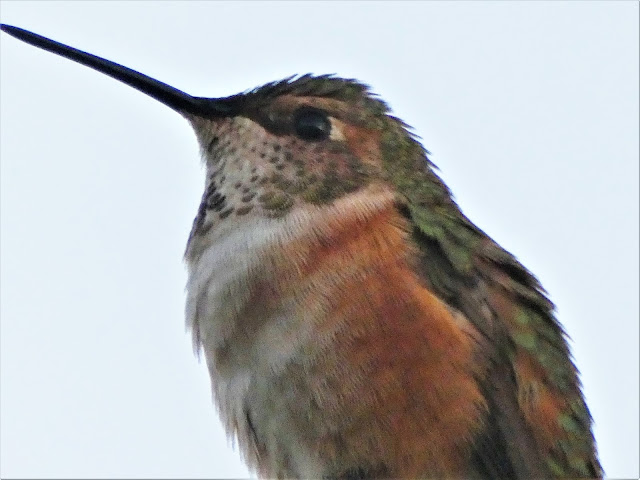 Somehow Mrs. Geotripper has been my good luck bird charm. She called me while I was hiking so I stopped and was staring off in the distance while talking, and my attention was drawn to movement in the tobacco plant across from me. And there it was, a male feeding in the flowers. Even better, it was slowly hovering enough to get some pleasing shots, including the one at the top of the post. 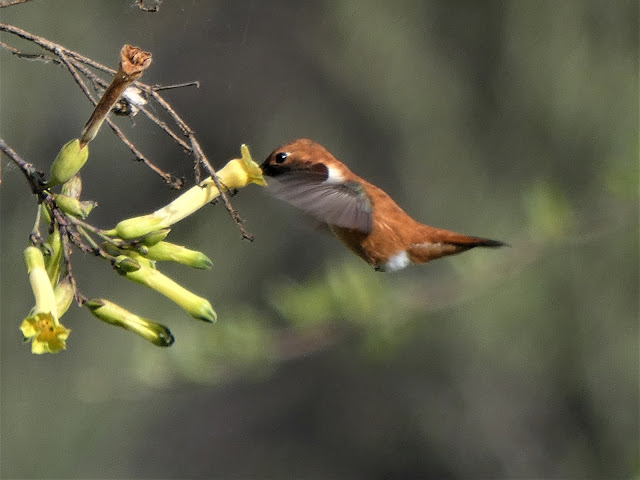 The Rufous Hummingbirds can live for as long as a decade, and they have an excellent memory for the locations of the kinds of shrubs and flowers they prefer. Even though they are not overly common in our area, they have shown in up in the same area in the four years that I've been watching. 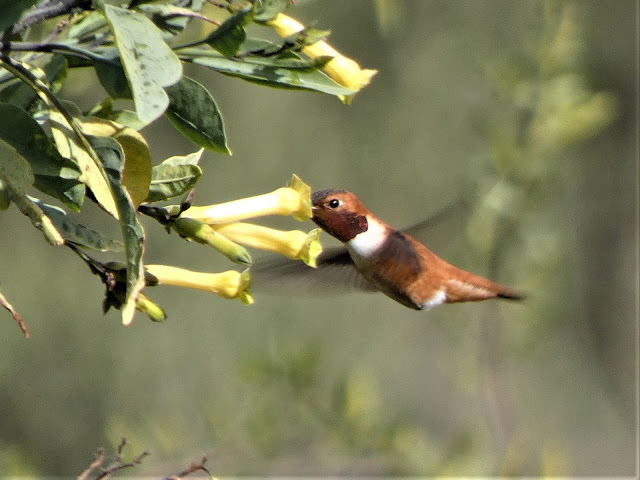